What might have happened in an alternate universe: the EU (Withdrawal Agreement) Implementation Bill (‘WAB’) 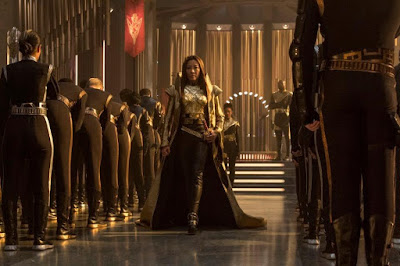 People who voted for a ‘coalition of chaos’ with Ed Miliband in 2015 sometimes imagine the goings-on in the ‘Miliverse’ – a parallel universe where Ed Miliband won the general election that year, and where the main debates in British politics are about bin collections and bus routes, rather than Brexit. With yesterday’s resignation of the Prime Minister, we can imagine the ‘Mayverse’ – a universe where Mrs May either held off calling an election, or held it and won the large majority she was hoping for, or had successfully pursued the art of compromise that she referred to in her resignation speech.

The latest big development in the ‘Mayverse’ would have been the Bill implementing the EU/UK Withdrawal Agreement. In our universe, on 15 May 2019, the UK government had announced that it would publish this Bill in ‘early June’.  This week the Prime Minister, before resigning, set out the main points of the Bill. Of course, her resignation, and the earlier news that the Conservative/Labour talks have failed, makes this much less likely.  However, in post-EU referendum politics, many futures are possible, including ones we might not foresee.  A lawyers’ job is to make sense of the legal texts that seek to express political agreements.
So this blog post considers some of the possibilities for one of the key elements of the EU (Withdrawal Agreement) Implementation Bill (or ‘WAB’ as it has come to be known) that would have been tabled in the Mayverse, and might yet be tabled in our universe: how is the UK going to render its obligations under the EU/UK Withdrawal Agreement into domestic law? (Other key elements are considered here.)

‘As set out in the preceding chapters of this paper, the Bill will be the primary means of implementing the Withdrawal Agreement in UK law, to ensure the Government meets its international obligations as set out in the treaty, …’

Article 4 WA thus embodies key principles of EU law: direct effect (enforceability of rights by individuals before domestic courts); primacy/supremacy (‘disapplication’ of inconsistent domestic law); and consistent interpretation with both the methods of EU law, and its ‘general principles’ (which of course include fundamental human rights, as (now) set out in the EU Charter and interpreted by the CJEU).  The WA sees itself as almost a species of EU law, and not as an ordinary EU international agreement.  At least the direct effect and supremacy aspects of that interpretation are reflected in the December 2017 Preliminary Joint Report (para 36), which states:

“Once this Bill has been adopted, the provisions of the citizens' rights Part will have effect in primary legislation and will prevail over inconsistent or incompatible legislation, unless Parliament expressly repeals this Act in future.”

It almost goes without saying that all of these obligations would have been political dynamite in the contemporary UK context.

Repeat the wording of the European Communities Act 1972

One possible approach would have been to use the wording of the European Communities Act (ECA) 1972.  To do so would have meant the continued supremacy and direct effect of law agreed between the UK and the EU (that is, the Withdrawal Agreement).  It would use a ‘tried and tested’ legal method, given that the ECA has in effect accommodated those concepts in the UK’s domestic constitutional system for over forty years, even if constitutional lawyers disagree on exactly how it does so.  In effect, this approach would create a new source of law in the UK’s constitution: that of ‘Withdrawal Agreement law’, in the same way that the European Communities Act 1972 is, in the words of the UK Supreme Court in Miller, para 65, the ‘conduit pipe’ by which EU law becomes ‘an independent and overriding source’ of UK law.  This new source of law would be in addition to the new source(s) of law (‘retained EU law’ of various types) which will be created by the EU (Withdrawal) Act 2018, when it comes fully into force.

The benefits of this approach are that it secures compliance with the provisions of Article 4 of the Withdrawal Agreement.  Further, there is significant jurisprudence, including from the House of Lords and Supreme Court, on the meaning and effect of the relevant parts of the European Communities Act 1972. In particular, the Factortame ruling confirms that domestic legislation, irrespective of its date, that cannot be consistently interpreted with directly effective, validly adopted EU law, must be ‘disapplied’. This approach thus entails significant legal certainty and clarity.

The detriments, however, include the complexities associated with yet another new source of law, a point made by Mark Elliott in 2017.  Further, as Elliott notes, this approach would appear inconsistent with the intention of the EU (Withdrawal) Act to expunge directly effective EU law per se from the UK’s legal systems.  Moreover, while the ECA might be able to work ‘constitutional magic’ with EU law, whether it can do so with an ‘ordinary treaty’ (if we think of the EU/UK Withdrawal Agreement as such) is far from certain.

The obligation permits the UK’s courts – particularly its Supreme Court – to stray from the explicit language of a statute, and even from Parliament’s apparent intention when adopting that statute, as seen for instance in Ghaiden v Goden-Mendoza.  Of course, it is going to be far from easy for domestic courts to discern the intentions of Parliament when adopting the WAB, and so textual interpretation may well be more important in practice here.  The Human Rights Act 1998, sections 2 and 3, require that domestic courts must interpret domestic law ‘in a way which is compatible with’ ECHR rights and must ‘take into account’ decisions of the ECHR’s institutions whenever the domestic court considers it to be relevant to the instant proceedings.  Similar wording in the WAB could include decisions about the effects of the Withdrawal Agreement (for instance its direct effect or primacy) made by EU institutions.  But, unlike the ECA approach, such wording does not require ‘disapplication’ of domestic law if consistent interpretation turns out to be impossible.
This approach would also involve certainty and clarity.  However, it would potentially fail to fulfil the UK’s obligations under the Withdrawal Agreement in full.

Use the wording of the Withdrawal Agreement

A third approach would be to adopt a form of words that explicitly indicates intention to comply with both the letter and spirit of the Withdrawal Agreement, by using the words of its Article 4 (1):

‘shall produce in respect of and in the United Kingdom the same legal effects which they produce in the Union and its Member States. Accordingly, legal or natural persons shall in particular be able to rely directly on the provisions contained or referred to in this Agreement which meet the conditions for direct effect under Union law’.

This approach creates less certainty as there is, obviously, no jurisprudence on which provisions of the Withdrawal Agreement meet the conditions for direct effect.  There is no universal rule in EU law as to direct effect of provisions of treaties to which the EU is a party: it is dependent on the context, aims and objectives of the treaty concerned.  In the EU’s legal order, the threshold test for direct effect is higher for international agreements to which the EU is a party than it is for other sources of EU law: the nature of international law differs from other EU law in this respect.  However, in this instance, there is a strong argument to the effect that at least the part of the Withdrawal Agreement on citizens’ rights, which mirrors directly effective provisions of EU law, meets the conditions for direct effect.  Whether this is the case for other provisions, such as, for instance, those on data protection, is a different matter.

Alternatively, or in addition, the EU (Withdrawal Act) Implementation Bill could adopt the wording of WA Article 4 (2), by requiring ‘judicial and administrative authorities to disapply inconsistent or incompatible domestic provisions’.  This would have the benefit of compliance with the Withdrawal Agreement obligations.  Whether the UK courts would interpret the obligation as identical to that under the European Communities Act 1972, given that the UK would no longer be a Member State of the EU, would potentially be a moot point, and some have argued that it might be ‘constitutionally impossible’.  Thus this position offers less legal certainty than the wording of the European Communities Act would bring.

Problems with any approach

Mike Gordon is right to point out that any of these approaches is of course vulnerable to the WAB itself being repealed.  But equally, as he says, any of them, and especially the ECA or WA wording approaches would constitute a significant example of Parliament seeking to constrain its powers and in effect to bind its successors.

The Withdrawal Agreement seeks to secure the position of EU-27 citizens in the UK (and vice versa).  Its effects, particularly as regards those citizens, will last long beyond the transition period.  The WAB would somehow need to secure these rights from interference not only from future UK governments, but also from future legislation.  While the UK is a Member State of the EU, the ECA effectively does so.  The WAB would need to do so without the underpinnings of EU membership: whatever approach it takes will be unlikely to satisfy those who are sceptical about securing citizens’ rights in the post-Brexit future.  As Paul Daly has pointed out, it is not difficult to imagine UK legislation discriminating against EU citizens.  Outside of EU law, the UK’s constitution does not have a tried and tested formulation for withstanding the normal lex posteriori rule of statutory interpretation.

These concerns would equally be relevant if the Bill contained provisions on the future UK/EU relationship, or as regards any parallel legislation dealing with that relationship. The Prime Minister had planned to table both: rules on a parliamentary mandate for the negotiations, and a Workers’ Rights Bill. Either way, it’s not true to say, as is sometimes claimed, that Boris Johnson (or whoever is the next Prime Minister) could just “rip up” such guarantees: it would require a parliamentary majority to do so. A watered-down version of the employment and environmental law guarantees that the opposition was seeking would nevertheless be ensured by the withdrawal agreement backstop.  However, the uncertainty attached to the prospect nevertheless was surely a factor in dissuading the opposition parties from agreeing to Mrs May’s proposals.

Ultimately, it does not matter so much exactly what the WAB says, but more how it is interpreted.  Here, of course, the decisions of the UK’s appellate courts will be crucial, as has been the case with the ECA and Human Rights Act.
However, we should not lose sight of the first-instance decision-making that will precede any such rulings.  It is this first instance decision-making – in immigration contexts, primarily, but also in employment contexts and perhaps many others – which will determine the real-life position of the human beings affected by Brexit, whose position the EU/UK Withdrawal Agreement seeks to protect as much as possible.

One final sobering thought.  First instance judges in the UK respect the doctrine of Parliamentary sovereignty, and regard themselves at the service of the will of Parliament, as expressed in legislative text.  Judicial training includes – obviously – regular updates as legislation changes.  If the WAB were ever tabled, it might be enacted in record time.  But the WAB text has not even been released.  No one – including those who train the UK judiciary – has had any time to consider its meaning or effects.