‘Can a man serve two masters’? The Court of Justice decides whether monks can be banned from being lawyers 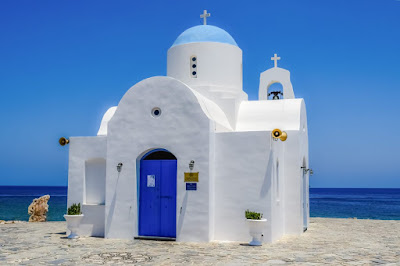 Lawyers occupy a unique position in the European Union. Within their Member States, they play a vital role in providing access to and administering justice, and upholding the rule of law. As with other professionals such as doctors or architects, access to the profession is tightly regulated by national bodies. Yet unlike other professionals, lawyers are inherently immobile. The knowledge required to be a lawyer is closely linked to the jurisdiction within which an individual trains and qualifies. An understanding of the national language as well as of a particular legal system’s customs and practices is vital for the exercise of the profession. This makes the facilitation of free movement of lawyers difficult. Lawyers can make use of the general system of Directive 2005/36/EC, which leads to full integration in the profession of the receiving Member State following the successful completion of an aptitude test. The European Commission’s Regulated Professions Database suggests that 7,506 lawyers have availed themselves of this route to gain admission to the profession in a host State.

Yet in recognition of their special status, lawyers are the only professionals who benefit from an additional regime designed to facilitate temporary and permanent free movement.  Directive 77/249/EEC permits lawyers registered in one Member State to provide temporary cross-border services in another Member State without any prior notification. There are no statistics available on the use of this right but a 2012 study for the European Commission evaluating the Legal Framework for the Free Movement of Lawyers suggested that there was a large market for the temporary cross-border provision of services albeit with limited physical movement; often such services are provided at a distance, for example by e-mail or telephone.

The Directive thus harmonises access to the profession under Article 3 while granting Member States discretion when it comes to integrating individuals through its own rules of professional conduct. However, this hybrid nature of the Directive can lead to difficulties as was made clear in a judgment handed down by the Grand Chamber of the Court of Justice of the European Union on 7 May 2019 in Case C-431/17 Monachos Eirinaios v Dikigorikos Syllogos Athinon.

The case concerned a Greek monk, Monachos Eirinaios, who lives in a monastery in Greece. He is also a qualified lawyer and a member of the Cyprus Bar Association. In June 2015, he relied on Article 3 of Directive 98/5 to register with the Athens Bar Association as a lawyer who has acquired his professional title in another Member State. The application was refused on the basis of the national rules on incompatibilities contained in Article 8(1) of the Presidential Decree 152/2000 and Article 6 of the Lawyers’ Code which prohibit a clergyman or monk from being a lawyer in Greece. The Athens Bar Association argued that monks were barred from becoming lawyers due to the absence of guarantees regarding their independence, doubts as to their ability to occupy themselves fully with their functions and whether they can handle contentious cases, the requirement for actual establishment in the geographical area of practice and the obligation not to provide services without remuneration. Monachos Eirinaios appealed the decision and the Council of State referred a question to the Court of Justice asking whether Article 3 of Directive 98/5 required the Athens Bar Association to register Monachos Eirinaios even though he would not be allowed to practice once registered.

In a short judgment, the Court reiterated that Article 3 of Directive 98/5 harmonises the rules under which a lawyer can establish himself in a host Member State. Provided that the lawyer is fully qualified and has the requisite certificate from the home Member State, the host Member State authorities must register him regardless of whether he is subsequently able to practice. National authorities are not permitted to impose additional conditions for registration other than those contained in article 3. This follows from the decision in Case C-58/13 Torresi (discussed here) where the Court established the mutual recognition of the professional titles of lawyers. The Court recognised the absurdity of the situation in Monachos Eirinaios where it was requiring the competent authorities to issue a registration certificate with the knowledge that the individual would not be able to practice.

However, the Court drew a clear distinction between access to the profession on the one hand and its practice on the other hand. The Court accepted that in relation to the latter national authorities may wish to impose certain requirements in order to maintain professional standards. The Court did not comment on the nature of the complete ban on monks becoming lawyers (saying only that it could not be a prerequisite for registration) but instead required the national court to determine whether the ban complied with the principle of proportionality (without giving specific guidance on the criteria to be applied).

The decision in Monachos Eirinaios follows on from the Court’s previous jurisprudence on Directive 98/5 which has focussed on facilitating the free movement of lawyers. In doing so, it is to be welcomed. Given the sensitive nature of the topic both in terms of access to a highly regulated profession and, in the specific Greek context, of the evolving relationship between church and state, the decision also strikes a subtle balance between facilitating access while maintaining Member State discretion. It is therefore perhaps not surprising that the case was heard by the Grand Chamber. However, by circumventing any discussion of the complete ban on monks and clergymen becoming lawyers, the Court has indeed created an absurd situation; namely, that the Athens Bar Association is required to register Monachos Eirinaios and can then immediately strike him off. More detailed guidance on the proportionality test to be applied in these circumstances could have been beneficial especially as the Advocate General engaged in a more nuanced discussion of the topic.

The Advocate General suggested that the rule bans all individuals with particular characteristics from practicing law and thus should not fall under professional conduct. This is a well-spotted flaw in the rules. The Advocate General suggests instead that the Bar Association should be required to see how a lawyer conducts himself in practice before removing registration (following the reasoning in Case C-225/09 Jakubowska where it was recognised that failure to comply with host State rules may lead to a foreign lawyer being removed from the register).

In this, she is correct. In effect, the Bar Association is making an assumption that monks are incapable of fulfilling the rules of professional conduct required of lawyers because they are monks. There is no need for any assessment as to whether the monk (or clergyman) is practicing his religion. Indeed, there is also no clear definition of the scope of the definition of monk or clergyman for the purposes of the Directive (what if, for example, someone is a lay preacher in another Member State – does this classify as a clergyman in this instance?). If Directive 98/5 is to facilitate free movement of lawyers then there must be a minimum harmonisation of what we understand ‘rules of professional conduct’ to be under Article 6. Blanket bans which relate to characteristics (and do not allow conduct to occur) do not facilitate free movement and render the right to registration in effect nugatory.

Moreover, the procedural guarantees in the case of disciplinary procedures in Article 7 or the right of recourse to a court in Article 9 of the Directive only apply once an individual has practiced as a lawyer which is rendered impossible in this case. If we abstract this case from its specific facts then accepting such a blanket ban in relation to a characteristic is a potentially problematic assumption which could undermine the rule of law. What if a Member State introduces rules which require political party affiliation in order to practice as a lawyer under the guise of professional rules of conduct? In a different factual context, the lack of minimum harmonisation of what we understand rules of conduct to encompass could undermine lawyers’ ability to provide access to and administer justice. In skirting around this topic, the Court of Justice has missed an opportunity to further clarify the scope of Directive 98/5/EC.