The second vote against the withdrawal agreement: what next? 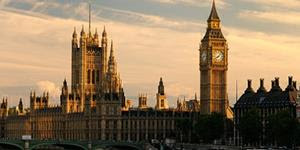 The second attempt to approve the withdrawal agreement has been defeated again in the House of Commons. What were the main legal issues in this second attempt – and what is the way forward, if any?

MPs were asked to vote on five documents:

a)      The Withdrawal Agreement, as agreed in November, which has not been changed (see my overview of the agreement here)
b)      The non-binding Political Declaration on the future relationship with the EU, which has not been changed (see my detailed annotation of the declaration here)
c)      A new Instrument relating to the Withdrawal Agreement, which claims to be legally binding; it is based on a previous exchange of letters
d)      A new, non-binding Joint Statement supplementing the Political Declaration; and
e)      A unilateral declaration by the UK on the issues.

Assessing the new texts in ascending order of importance, the Joint Statement on the Political Declaration is mainly about the timing of future talks, an issue which was addressed in the Political Declaration already in some detail. It is useful that the Commission commits to proposing provisional application of future post-Brexit EU/UK treaties, to speed up their application pending national ratification if needed, but not really surprising as this is common EU practice.

5. Fourth, and in the context of open and fair competition, the Union notes the United Kingdom’s intention to ensure that its social and employment standards and its environmental standards do not regress from those in place at the end of the transition period, and to provide its Parliament the opportunity to consider future changes in Union law in these areas.

In any event, the political declaration, on top of its non-binding status, is vague or non-committal about a number of key aspects of the future relationship. It could be revised along the lines of my suggested amendments in my annotation, to provide for firmer and more precise commitments.

The unilateral UK government statement is not unusual as such, since there are often unilateral declarations attached to treaties. It might have some value as regards interpreting the treaty, as the Attorney-General’s advice points out. But in any event, on a close reading it does not assert very much substantively.

The first paragraph is an expression of intention about quickly starting talks on the future relationship. This matches the commitments in the political declaration on the future partnership. The second paragraph simply reiterates the withdrawal agreement text that the Northern Ireland backstop is not intended to be permanent. In this context, the third paragraph states the UK’s view that if the EU acts in bad faith when negotiating a replacement for the backstop, the UK could bring a claim under the dispute settlement provisions of the withdrawal agreement that could lead to the disapplication of the backstop. In any event, the UK will avoid a hard border and comply with its obligations under the Good Friday Agreement.

This claim simply reiterates the UK’s capacity to ask the arbitrators under the withdrawal agreement to rule on the alleged bad faith by the EU, and to exercise the remedy of disapplication of parts of the treaty that would potentially be allowed under the agreement in the event that it won its case (and assuming that the arbitrators did not find, upon request by the EU, that such a response by the UK was disproportionate). This claim does not alter the legal position however: the UK was always able to make such a claim under the withdrawal agreement, and the unilateral declaration does not mean that the arbitrators would be obliged to agree with the UK that bad faith existed or that the disapplication of the backstop was proportionate.

Finally, as for the joint instrument, it is legally binding based on the parties’ express agreement to this effect.  Indeed, as the text points out, under Article 31 of the Vienna Convention on the Law of Treaties the parties can agree additional texts supplementing a treaty, which are influential when interpreting that treaty. There’s a recent example of such a practice as regards the similar joint instrument agreed between the EU and Canada, which is already referred to by an Advocate-General of the CJEU.

But the issue is the substance of the joint instrument. Part A simply spells out some details of the mechanics of the negotiations aimed to replace the backstop. It adds, similarly to the UK unilateral declaration, that it would be in bad faith to act to attempt to keep the backstop applicable indefinitely. The dispute settlement process could be invoked in such a case, with the possibility of unilateral suspension of part of the agreement in the event of a breach.

Part B sets out safeguards for Northern Ireland.  The withdrawal agreement does not alter the Good Friday Agreement, including the role of the devolved Northern Ireland government. It clarifies that not all new EU measures will be added automatically to the Protocol. Finally, Part C notes that the future relationship between the UK and the EU need not have the same territorial scope as the withdrawal agreement.

The instrument therefore confirms the interpretation of certain potentially arguable aspects of the withdrawal agreement, in particular whether the claim of bad faith regarding negotiation of future treaties is justiciable before the agreement’s dispute settlement system. However, as the Attorney-General and others have noted (see Michael Dougan on this blog, and David Anderson and others), this does not amount to a unilateral right to exit the backstop by the UK, as some would wish to see. As a result, the vote was lost.

The Commons is due to vote on a no deal outcome and on a request for an extension. Some believe that an election or another referendum is possible (both would require an extension of UK membership; the latter would entail an extension of membership long enough to require UK participation in the European Parliament elections in late May, according to the Commission President). An election would not necessarily provide a decisive result.

It’s impossible to predict developments, but several key points should be emphasised. First of all, Remainers should keep in mind that a vote against the withdrawal agreement is not a ‘vote to stop Brexit’. Only revocation of the notification of withdrawal would do that. If there is insufficient support for revocation by the Prime Minister/Parliament or to hold another referendum, then Brexit will take place. Indeed, in that scenario a vote against the withdrawal agreement is actually a vote for no deal.

Secondly, a vote against no deal does not stop a no deal outcome happening. It’s politically relevant, but legally irrelevant. No deal is the default outcome. It will happen unless a withdrawal agreement is approved or the notification is revoked.

Thirdly, an extension delays a no deal outcome, but is not a resolution in itself. The same basic choices between no deal, a withdrawal agreement and revocation will still exist, but at a later date.

Barring a spectacular U-turn by the EU, in my view the most obvious landing zone for a package which the Commons might support is set out above: a future customs union with additional workers’ rights protections, set out slightly more precisely as the outcome in the political declaration. This is only achievable on the basis of Remainers accepting that Brexit is going to happen in the absence of support to overturn it, along with either the Conservative party splitting or a Labour government following an election. Whether any of these outcomes is plausible remains to be seen.