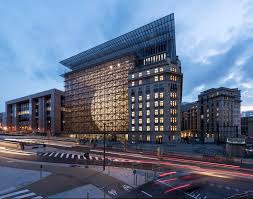 As the Brexit day deadline of March 29th loomed without approval of the proposed withdrawal agreement, the European Council meeting agreed conclusions offering an extension of UK membership of the EU on March 21st. The formal decision on extension was then adopted on March 22nd, after the UK agreed to it. What are the legal issues concerning the extension of EU membership?

The extension decision states that:

In the event that the Withdrawal Agreement is approved by the House of Commons by 29 March 2019 at the latest, the period provided for in Article 50(3) TEU is extended until 22 May 2019.

In the event that the Withdrawal Agreement is not approved by the House of Commons by 29 March 2019 at the latest, the period provided for in Article 50(3) TEU is extended until 12 April 2019. In that event, the United Kingdom will indicate a way forward before 12 April 2019, for consideration by the European Council

If the House of Commons approves the withdrawal agreement next week, there's an extension to 22 May to sort out the details (notably the Act of Parliament necessary to implement the withdrawal agreement). If the agreement is not approved next week, there's a shorter extension to 12 April, and the UK will indicate what it sees as the way forward before this date.

The starting point for legal discussion of this issue is Article 50(3) TEU, which provides, as regards a Member State withdrawing from the EU:

The Treaties shall cease to apply to the State in question from the date of entry into force of the withdrawal agreement or, failing that, two years after the notification referred to in paragraph 2, unless the European Council, in agreement with the Member State concerned, unanimously decides to extend this period. (emphasis added)

Unanimity can still apply despite abstentions (Article 235 TFEU), and the European Council can, if necessary, act by written procedure (see its Rules of Procedure). (In the event, it seems that neither was necessary). It logically follows that the Member State concerned has to agree to the text of the relevant European Council decision, in particular as regards the length of extension - which is what happened in practice. There’s no formal role for the European Parliament or national parliaments, but it's possible that their expressions of opinion had some influence. Article 50(3) is silent on whether or not there can be multiple extensions.

During the extension, the UK has the same rights and responsibilities as it would ordinarily have as a Member State otherwise, including the continuing right to revoke its notification of intention to leave the EU unilaterally (see the CJEU’s Wightman judgment; the general point is confirmed by preamble clause 10). This follows on from two earlier CJEU rulings (discussed here and here), in which the Court confirmed that the UK remained a fully-fledged Member State throughout the main two-year period after notifying its intention to leave the EU. In other words: Membership means Membership. (This rule doesn’t prevent political conditions being attached to the EU’s decision to agree to an extension though, such as those in the decision). Those who claimed that the EU would demand vast sums or abolition of opt outs as a condition of extension of membership were incorrect.

This general rule raises a specific issue relevant to extension of the UK’s EU membership. Would the UK have to hold European Parliament elections, set for May 23-26? (The date is based on the basic law on EP elections, since amended in 2018 on other points).  The answer would obviously be no, if the extension did not go past May 22. Arguably the answer would still be no if the extension went no further than June 30 – as requested by the Prime Minister – because the new European Parliament would only take office after that point. However, this is disputed (see the recent EU room document on extension, Wednesday’s Commission paper, and the contrasting views of Professors Barnard and Weatherill, Professor Spaventa and the UK’s CJEU Advocate-General Eleanor Sharpston). Ultimately the European Council took the view that membership after May 22 does require holding EP elections, and noted that April 12 would be the last date on which the UK could decide to hold them, explaining why these dates appear in the decision (see clause 10 in the preamble).

In the event of extension after June 30, the UK would certainly be in breach of its obligation to hold EP elections, unless a special exception was granted to it. This is because the Treaties refer to election for five-year terms, and a Council decision (see link above) sets out the election dates. Both the Treaties and the basic law on EP elections need unanimous national ratification to amend them. Article 50 does not refer to granting exceptions from EU law, except as regards the departing Member State’s absence from discussions concerning its departure. While new Member States do have temporary exceptions from the obligation to elect MEPs, they are covered by a different legal framework: Article 49 TEU, which deals with accession, expressly allows for “adjustments” to the EU Treaties. As noted above, tonight’s conclusions make no specific mention of the elections issue (it appeared in an earlier draft, but was dropped).

Would the EP (and the new Commission which the EP has a big role in appointing) be acting illegally, if the UK had not elected MEPs in time? The EU courts have answered a similar question before, as regards the Santer Commission which resigned irregularly and was not immediately replaced. In the British Airways judgment, it was held that the Commission’s actions adopted during this period were not illegal.  There was also a brief period when the Commission’s status was uncertain, as the Lisbon Treaty came into force a month after a new Commission (with fewer Commissioners) was due to be appointed in 2009. In practice, the new Commission was appointed after a short delay, with the old Commissioners spending a short extra period in their jobs.

If the UK held EP elections in (say) September, there could be a delay in appointing a new Commission or adopting new EU legislation until then. (A new EP takes a while to have a big role in adopting legislation anyway, since a lot of proposed legislation is wrapped up before the outgoing EP dissolves for elections).  There might, however, be some complication as regards the number of MEPs per Member State (see the relevant European Council decision).

In order to change ‘exit day’ as far as Westminster legislation is concerned, it’s necessary to adopt secondary legislation – a statutory instrument approved by Parliament – under s 20 of the EU Withdrawal Act. It’s been suggested that a Statutory Instrument could be tabled next week. (The UK doesn’t need to adopt a new law to hold EP elections, since the repeal of the legislation concerned has not been commenced yet). In the event that an extension decision is adopted, but the definition of ‘exit day’ has not changed in the UK, it’s been argued that this does not mean that the UK leaves the EU with no deal, but rather that it stays in the EU with no domestic legal framework to give effect to EU law (although it might be possible to fix this quickly). (Updated March 24th: see also Professor Mark Elliott's post on this issue, and the reply of Brexit minister Lord Callanan).

Apart from the legal issues directly related to the extension, next week is likely to see a number of crucial votes relating to the UK’s imminent and future relationship with the EU. Time will tell what indirect effect they may have on the length and circumstances of the UK’s extended EU membership – and in particular whether the UK government and parliament is able to agree upon a way forward in the event that the withdrawal agreement is not approved.