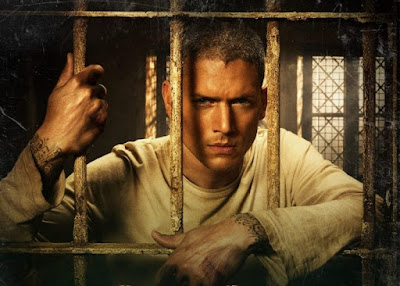 In the recent TC judgment the Court of Justice of the European Union (CJEU) provided an answer to the preliminary question posed by the Amsterdam District Court in July 2018, which raised these issues. The preliminary ruling was supposed to aid in resolving the devilish dilemma in which the Amsterdam District Court and Amsterdam Court of Appeal currently find themselves. As described in an earlier contribution, these national courts are stuck between national rules and EU law obligations regarding detention pending surrender proceedings. Article 22 of the Dutch Surrender Act (SA) transposes Article 12 of the Framework Decision on the European Arrest Warrant (FDEAW) into an automatic and absolute obligation to release the requested person if no decision on the execution of the EAW is made after 90 days have passed.

In other words, the decision to extend the time to rule on the execution of an EAW after 90-days have lapsed needs to be accompanied by the decision to (provisionally) release the requested person. The application of this national rule became problematic after the Lanigan judgment wherein it was established that national judicial authorities are not obliged to provisionally release the requested person after 90 days as this may threaten the effectiveness of the FDEAW. To avoid a violation of the obligation in article 17 FDEAW, which requires that the substantive conditions for surrender are guaranteed at all times, both the Amsterdam District Court and the Amsterdam Court of Appeal adopted – on the basis of different legal reasonings – a broad interpretation of article 22 SA. They concluded that article 22 SA not only contains the power to extend the decision term after 90-days, but also includes the competence to suspend the 90-day term before it has lapsed. In case of the latter, the 90-day term is barred, which may result in a de facto detention duration beyond 90 days. In its request for a preliminary ruling the Amsterdam District Court asked whether this new interpretation violates legal certainty as protected by Article 6 Charter of Fundamental Rights of the European Union (CFR), which lays down the right to liberty, and which corresponds to Article 5 ECHR.

In its preliminary ruling the CJEU first determines that the FDEAW precludes the unconditional obligation to release after 90 days as it undermines the effectiveness of the FDEAW. As we will see, this determination plays an important role in relation to the second conclusion, which is that Article 22 SA and its current interpretation by the national courts does not constitute a sufficiently clear and predictable legal basis for continued detention after 90 days. In my view the legal reasoning underlying this conclusion gives rise to certain questions and does in the end not provide the necessary solution to the dilemma in which the national courts find themselves.

The CJEU bases its violation of Article 6 CFR on two main arguments; the variation in the legal reasonings of the national courts that may result in different periods of continued detention and the fact that the current national case law does not ensure full conformity with the FDEAW.  With regard to the second argument it is, in my view, first of all interesting that the CJEU does not only consider the clarity and predictability of Article 22 SA, but of the relevant provisions in the FDEAW, as interpreted in Lanigan, as well. This gives rise to the question in what way the individual is concerned with the clarity of the rules in the FDEAW, as it is an instrument that imposes obligations on the member states, is not directly applicable and does not have direct effect? Does this mean that an individual should be able to understand the rules on the duration of detention as they follow from the FDEAW interpreted in the case law of the CJEU? Absent legal counsel this seems like an almost impossible task.

Secondly, in the context of the second argument the CJEU concludes that ensuring clear and predictable rules on the duration of detention requires a broader application of the power to suspend the decision term by the national courts. The CJEU firmly reminds the national courts of their obligation to do all within their jurisdiction to interpret Article 22 SA in conformity with the FDEAW as explained in Lanigan. The current interpretation fails in this regard as it only allows for a suspension in three particular situations, including the referral or awaiting of a preliminary ruling and when the issuing state is requested to provide information contradicting a possible violation of article 4 or 47 CFR. However, when the preliminary ruling is made or information is provided by the issuing state the suspension is lifted, and the 90-days term once again applies. According to the CJEU, in order to ensure full conformity with the FDEAW, national law should allow for a suspension of the decision term in all cases in which a serious risk of absconding cannot be sufficiently limited by non-custodial measures.

An obligation to (provisionally) release only arises when after balancing the factors laid down in Lanigan continued detention becomes excessive. This message of the CJEU brings the national courts, in my opinion, back to square one. Despite the CJEU’s firm emphasis on the duty of conform interpretation (indirect effect) and the fact that a suspension of the decision terms is not prohibited by the FDEAW, it is still for the national courts to determine whether a conform interpretation is in fact possible. In this light, I would argue that interpreting Article 22 SA in full conformity with the FDEAW would clash with the intent of the Dutch legislator to establish an unconditional obligation to release after 90 days and would be contra legem. Suspending a decision means in common parlance ‘halting or stopping’ an ongoing term which has not yet lapsed, whereas extending means ‘adding’ time to a term which has already lapsed. Hence a fully conform interpretation of Article 22 SA would require a contra legem explanation of this provision, which would in itself not contribute to the protection of an individual’s legal certainty. In other words, the national courts are still stuck between EU obligations and national rules whose wording do not allow a conform interpretation. As the CJEU did not answer the question whether the primacy rule applies to the FDEAW as well, this preliminary ruling does not provide the necessary solution for the dilemma of the national courts. However, this may change when the CJEU answers this question in the Poplawski II case which is still pending (Opinion of the AG November 27, 2018).

It can be concluded that the CJEU seems to use the TC case to send a message of its own. Despite the clear fundamental rights angle of the initially referred question, the judgment is, in my view, predominantly a slap on the wrist of the Dutch legislator and the national courts for not ensuring full compatibility with EU law. In addition, the dilemma in which the national courts find themselves is not solved. This reaffirms the conclusion made in my previous contribution, which is that the Dutch legislator needs to step in to solve this situation as it is the only public authority with the necessary means to do so. To end on a more positive note, the strong focus on the incompatibility of national law with EU law might just be the necessary push for the Dutch legislator to come to the rescue of the national courts by adapting article 22 SA in conformity with the FDEAW.