Family values and Brexit: a reply to Giles Fraser 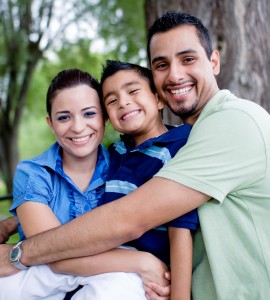 “Why won’t Remainers talk about family?” shrieks the smearing, ad hominem clickbait – otherwise known as an article by cleric Giles Fraser. The answer is that of course we do: for instance, I’ve discussed family issues and Brexit many times on Twitter and as editor of this blog, and Chris Kendall is one of many people who’ve discussed Brexit and their own family.

Where to begin with this article? It’s an incoherent argument for extreme social conservatism which starts out with a stereotype of Polish and Spanish carers – yet ends with the contrary trope that “Remain is all about ever new opportunities for the rich”. Who knew caring paid so well?

Fraser’s argument – such as it is – is that children should look after their parents as they get older. To that end, interspersed with three random anecdotes, he criticises “that much over praised value of social mobility”.  The problem is people leaving their communities, in particular in the form of free movement within the EU. But furthermore “it is this same philosophy that encourages bright working-class children to leave their communities to become rootless Rōnin”. I was the first Peers in a thousand generations to be able to go to university. And it seems Fraser would like me to be the last.

In his view, “No amount of economic growth is worth sacrificing all this for”, because “robbed of their most go-ahead young people, working class communities become ghost towns of hopelessness. And this nirvana of social immobility takes a very familiar form: “It is the daughter of the elderly gentleman that should be wiping his bottom”. The rich man in his castle; the poor woman at her picket fence.

The blindingly obvious omission here is that EU membership enhances family reunion for those who exercise the right to free movement. There’s a right of admission for spouses, children under 21 or dependent, and dependent parents or parents-in-law. This literally matches the extended family in one of Fraser’s anecdotes (and see the actually relevant anecdote of how free movement can facilitate care for elderly parents here). The EU withdrawal agreement would preserve this position in a limited form, but the position would be more difficult for families in the no deal outcome that Fraser says he longs for. As for future relationships, while some people will still move between the UK and EU, family reunion rights will be more restrictive, not less. With friends like Fraser, family values don’t need any enemies.

Indeed, we might well ask “Why won’t Leavers talk about family reunion?” – if we were willing to indulge in the sort of smearing over-generalisation that characterises Fraser’s piece. In fact, some Leavers support liberal rules in immigration in general, and in family reunion in particular. But so far, it seems like Leave’s liberals have lost this argument.

As for the issues Fraser does discuss, it’s easy to shrug about the unimportance of economic growth when it doesn’t affect you.  In fact, one obvious reason for family breakdown, social problems and working class communities becoming ghost towns is the loss of good jobs. But Fraser seems not have noticed that Brexit is being driven by people who welcomed the contraction of manufacturing in the 1980s, and endorse Patrick Minford, an economist who argues that Brexit should “mostly eliminate” manufacturing. In its place, Minford argues that people should take up jobs in design, marketing and law. But Fraser rejects the notion that anyone should leave their community, and criticises the ambition of anyone who would seek such jobs.

It’s that poverty of ambition which is most striking about Fraser’s piece. Of course, it’s hard to reconcile paid work with frail parents, as several people have pointed out in response to him. (See Twitter comments here and here).  But the desire to travel to (and maybe live in) new places, or to do better paid work, is intrinsic for many people. Far from opposing their children’s success, many parents aspire for them to do as well as they can in life. It’s hard to see how “Global Britain” could work without people still moving to and from the country. Brexit was sold as a future of sunlit uplands; Fraser seeks instead to recreate a past of narrowed horizons.

In fact, Britain’s past is all about movement to other countries: yes, to colonise, but also to trade, explore, and convert. Fraser’s Christianity would be the religion of a handful of villages in Israel and Palestine if Christians had not gone forth and proselytised. Not that he makes much of a case to convert: it’s an aimless sermon from a joyless priest. Instead of forgiveness and compassion, we get sneering and division. It would certainly take a miracle to transform this reheated “citizens of nowhere” shtick into a coherent and convincing argument.