A Renaissance of the Brexit talks? Theresa May’s Florence speech 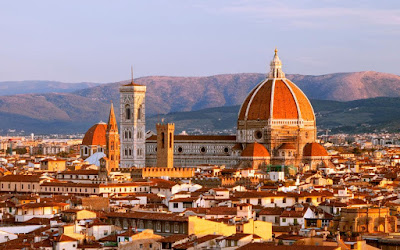 Today’s speech by Prime Minister Theresa May was widely understood to be an attempt to unblock the talks on the Brexit process, which have clearly become stalled, in particular over financial issues. Will her speech accomplish that aim? Or will its implicit attempt to reassure Leave voters in the UK, especially in the cabinet and the press, mean that it fails to unblock talks? And what does it tell us about the future of UK/EU relations?

The key feature of the talks is that they are sequenced. In an initial phase of talks, the main issues are: a) the position of EU27 citizens in the UK, and UK citizens in the EU27, after Brexit (discussed here); b) the extent of outstanding UK commitments to the EU; and c) the issue of the border between Ireland and Northern Ireland (discussed here). Only if the EU judges there to be ‘sufficient progress’ on these issues will the talks move to a second phase, about the future trade relationship between the EU and the UK and a transitional arrangement to bridge the gap between Brexit Day and that future arrangement.

As things stand, the EU will not judge there to be ‘sufficient progress’ in October, mainly because the UK has not accepted any specific financial commitments, although there has also been little progress in discussion of the Irish border and there are still gaps between the two sides’ positions on UK and EU27 citizens.

In that light, has May’s speech moved the UK closer to reaching the ‘sufficient progress’ threshold? On Northern Ireland, she simply observed that both sides wanted to avoid a ‘hard border’, but said nothing new about that. The UK’s proposals on novel customs methods to address the issue (by the government’s own admission) ‘blue sky thinking’, but she did not further flesh them out.

On the issue of EU27 citizens, she committed to setting out the withdrawal agreement into UK domestic law, and permitting the UK courts to take account of relevant ECJ case law. But this goes no further than the draft EU Withdrawal Bill, which already assumes (in Clause 9) that the withdrawal agreement will be transposed in domestic law and sets out (in Clause 6) that pre-Brexit ECJ case law binds lower courts (but not the UK Supreme Court, the government or Parliament) and that post-Brexit ECJ may be considered at a UK court’s discretion. While the Prime Minister made much of the excellence and independence of UK courts, she failed to mention the embarrassing recent refusal of the Home Secretary to give effect to a court order. So the EU27 side will still press for the ECJ’s involvement. Nor did she make any concessions as regards the substance of the law.

On financial issues the Prime Minister said in effect that the UK would pay into EU funds to the end of the current EU budget cycle in 2020, during a transitional period after Brexit Day in March 2019 (see below). She also stated that the UK would honour commitments made during EU membership, although it is not clear if this is a reference to the broader issue of the UK’s share of costs in cases where the EU made a commitment in one year and paid for it in a later year. There are also other financial issues (off-budget funds, pensions, UK share of liability for loans that might not be paid).

More broadly, the Prime Minister supported the idea of a transitional period after Brexit Day of about two years, when the UK and EU would still trade on the same basis and apply the same security arrangements. The UK would still cease to be a formal EU Member State on Brexit Day – ceasing to participate in the EU’s political institutions – although some role for the ECJ seemed to be implicitly conceded. It should be noted that the EU27 side is also open to discussing a short transitional period as long as EU frameworks of enforcement, et al (including the ECJ) continue to apply. So there is broad agreement on the notion of a transitional period – subject to discussion of the details.

What about those details? Mrs May offered little about the substance, stating that EU27 citizens could still come to the UK during the transitional period but would have to register – as already permitted by the EU citizens’ Directive (see Article 8). Presumably the UK would have a customs union with the EU for the transitional period, although she said it would start to negotiate trade deals with non-EU countries. The transitional period could be terminated early on specific issues, for instance dispute settlement – an indication that the UK wants to end involvement with the ECJ as soon as possible.

Despite the attention paid to Mrs. May’s speech, the key question is whether the details of the UK’s negotiation position have changed. In particular, movement on those financial issues which were not expressly mentioned will be crucial determining whether talks move forward to trade issues in October. But the issue on enforcement of EU27 citizens’ rights will still remain a stumbling block, and the EU side will likely want to see some clarification of the UK’s proposals on customs and the Irish border.

The tone of the Prime Minister’s speech may help. It was civil, emphasising the importance of a future partnership between the UK and the EU, ruling out a rush to lower UK regulatory standards and with only brief mention of the discredited "no deal is better than a bad deal" mantra.

If the talks do move forward to transitional issues, this means there is no immediate need to discuss the technical questions of winding down UK/EU relations as of Brexit day, although they would still have to be discussed at some point if the UK and EU are going to change the substance of their relationship after that date. But this will mean that difficult issues of principle relating to the transitional period will have to be discussed.

What exactly is the transition period a bridge to? Which EU laws (if any) will no longer be applied? What if the transition time frame isn’t long enough? Would the UK be bound by new ECJ rulings during this period? Would it apply new EU legislation? Would the UK be consulted on it if it does? Would EU law apply in the same way as it does as an EU member? While the Prime Minister was anxious to rule out the ‘Norway model’ of EU/UK relations, the transitional period would nevertheless look somewhat like that model – except it appears that the UK would apply even more EU law than Norway does.

Overall, the Florence speech makes it somewhat more likely – but still far from certain – that there will be a conclusion to the Brexit talks, with no immediate ‘cliff edge’ for either side on Brexit Day. As always, the devil will be in the detail.


* *This blog post was supported by an ESRC Priority Brexit Grant on 'Brexit and UK and EU Immigration Policy'
Posted by Steve Peers at 09:29