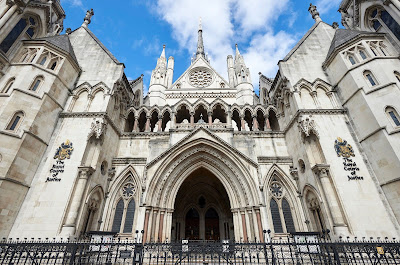 Imagine you’re a prominent UK politician. You spend most of your time ranting on a radio station in the UK or grovelling in the USA, occasionally showing up in France or Belgium to do your actual full-time job. You’re now getting a divorce from your German wife. Which court rules on matters concerning divorce and access to children – and which law applies?

This dispute would be part of the broader topic of cross-border civil litigation (or private international law), which is the subject of the UK government’s latest position paper on the Brexit talks. This paper gives some interesting hints about how the UK seeks a close relationship with the EU after Brexit, while also leaving some key issues rather vague.

First of all, it’s necessary to point out that the paper doesn’t concern the future of dispute settlement between the UK and the EU after Brexit. That’s the subject of another position paper coming very soon. Rather it concerns how cross-border disputes between private citizens or companies in the UK or EU will be dealt with after Brexit.

The paper usefully sets out which EU laws in this area the UK has currently opted into, in particular: the general rules on civil and commercial jurisdiction and conflict of laws; the special rules on insolvency disputes and divorce/child access, maintenance, and stalking orders; and related laws on simplified litigation, service of documents, legal aid, evidence, legal aid, mediation and the ‘European Judicial Network’ (a talking shop on the operation of these laws). (For an overview of these issues in the Brexit context see the recent House of Lords report).

Note that the UK has opted out of some other EU laws in this area, in particular those concerning marital property after divorce (and the property of civil partnerships which ended), inheritance and conflict of divorce law. (For an overview of EU law in this area as a whole, see the chapter in the second volume of my book on EU Justice and Home Affairs Law).

The paper is mainly about the future UK/EU relationship in this area, not withdrawal from the EU as such. But there's a bit on that issue at the end, in response to the EU’s position paper on the UK’s exit from the law in this area. Of course, the UK government is correct to say that there is no need for any such transition arrangements, to the extent that the UK still participates in the law in this field after Brexit. But then, the EU won't discuss any aspects of its future relationship with the UK until there is ‘sufficient progress’ on the key issues of the UK’s so-called ‘divorce bill’ and the status of UK and EU citizens. (If and when the EU and UK do agree on post-Brexit treaties in this area, note that the EU usually votes by a qualified majority, except as regards family law, where there is a veto. At least in key areas, the ECJ has ruled that Member State ratification of such treaties is not necessary, since the EU is exclusively competent).

There’s likely to be a need to bridge the gap between Brexit Day and any future agreement between the UK and the EU. This will probably take the form of some transitional extension of current EU law, as part of the Brexit withdrawal treaty. But the position paper doesn’t mention this issue at all – perhaps because the UK government has not fully agreed on the details, and perhaps because the EU side insists that the ECJ would still have jurisdiction during that period.

There’s one thing the UK government clearly doesn’t want though: the continued ‘direct’ jurisdiction of the ECJ. (The notion of ‘direct’ jurisdiction isn’t explained explicitly, but we can deduce what the government will accept – see further below).  The reader gets the distinct impression that the UK is happy to continue participating in all the EU laws it has signed up to already, except for removing the ECJ’s direct jurisdiction. It’s a bit like tearing down and rebuilding a house, in order to change one brick.

The paper doesn’t address an obvious question: what if an existing EU law is revised post Brexit? This point isn't hypothetical. There's a proposal to revise the current EU law on divorce and child access already. The UK has already opted in to negotiations. But negotiations are slow, and might not conclude before Brexit Day. Other laws in this field are negotiated over time. How to address this topic?

The paper seems keen to reassure those who litigate in the UK (in particular, London) that the UK will still be ‘open for business’ in this field after Brexit. To that end, the government confirms that it will remain a party to a list of international treaties in the field (as distinct from EU law), drawn up in the auspices of an international body which focusses on cross-border civil litigation – the Hague Conference on Private International Law, including the important Hague Convention on child abduction. For most of these treaties, this will be simple, because the UK is a party to them in its own right, not as an EU Member State. For some others, the UK participates only as an EU Member State, although it ought to be an easy transition to participating in its own name: it can simply sign and ratify them on Brexit Day.

However, the UK also wants to stay part of the Lugano Convention - which extends an earlier version of the main EU law on civil and commercial jurisdiction to relations between the EU and EFTA states (Norway, Iceland, and Switzerland – along with EU Member State Denmark for convoluted reasons). This is another kettle of fish. According to that Convention, to sign up in its own name, the UK either has to become an EFTA state (which is a big issue in itself, since EFTA is a trade agreement) or wangle a special invitation to sign up. And as the government’s position paper acknowledges, it’s awkward that the Convention only relates to an earlier version of that EU law.

Signing up to the Lugano Convention also raises an issue about the ECJ. The Convention states that the courts of non-EU states must ‘pay due account’ to ECJ judgments. So we can deduce that the UK government does not believe that such an obligation violates its ‘red line’ against ‘direct jurisdiction’ of the ECJ. It might have been better to say this explicitly, and to propose it as a template for UK/EU relations in this field, given that the UK apparently wants to keep participation in other relevant EU laws as well. Indeed, it might also be a template for other areas where the UK seeks to continue participation in EU laws as a non-EU state. Perhaps the forthcoming paper on EU/UK dispute settlement will say more on this.

Furthermore, the ECJ clause in the Lugano Convention is similar (but not identical) to the ECJ clause in the EU Withdrawal Bill as proposed by the government – which says that pre-Brexit ECJ rulings stay binding (subject to the UK Supreme Court possibly overruling them, or the government or parliament overruling them), while post-Brexit ECJ may be taken into account by courts in the UK.

This may be enough of a compromise to satisfy hardline Brexiteers; we’ll see. It ought to be acceptable to the EU side, given that it’s been accepted in the context of relations with EFTA states for nearly thirty years (the first version of the Lugano Convention dates back to 1988). But then, the UK is asking for a closer relationship in this field of law than any other non-EU country. In any event, the areas of law where the EU insists on an ECJ role (citizens’ rights, the ‘divorce bill’, a transitional deal) will be more difficult to agree. Time will tell if talks eventually founder – either on those ECJ issues, or indeed on the bill itself.