The CJEU enhances the EU’s role as an external actor 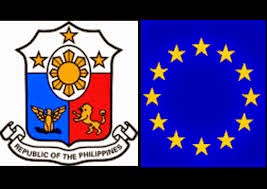 In today’s judgment in Commission v Council, the CJEU ruled that the EU’s partnership treaties with third States must be adopted using EU powers relating to development and trade (common commercial policy) even if those treaties include provisions relating to transport, the environment and readmission. Due to its broad concept of development policy, the Court’s judgment will entail an increase in the EU’s ability to obtain its external policy objectives.

There have been several ‘generations’ of EU development policy treaties, each of them wider in scope than the last. The key previous ruling on the scope of the EU’s development policy is a 1996 CJEU ruling concerning an agreement with India. In the Court’s view, the concept of development policy was a broad one, extending beyond the traditional sphere of poverty relief to such areas as energy and culture, as long as the relevant provisions of the treaty did not set out ‘concrete obligations’. If they did, then other EU legal bases, possibly entailing unanimous voting, or the participation of the Member States in the treaty might be required.

Since then, there is another new generation of EU development treaties (now called partnership agreements), extending even further in scope. Member States have insisted that these treaties need their involvement alongside the EU, and also that the treaties concerned need other legal bases to  be adopted.

While today’s judgment concerned a treaty with the Phillippines, the EU has also agreed or is negotiating similar treaties with many other Asian countries, most notably China.

According to the Court of Justice, the provisions in the partnership treaty concerning transport and the environment are essentially ‘declarations’, and so do not entail concrete obligations. So the development policy legal base is enough to cover them.

Furthermore, the Court ruled that the treaty provisions on readmission fell within the scope of development policy. This was because while although the commitment in the partnership agreement to accept each party’s own nationals who were present without authorisation, and to negotiate a treaty to this effect, was binding, it was not sufficiently detailed to constitute a ‘concrete obligation’.

The consequence of the judgment is that partnership agreements with similar clauses cannot any longer be subject to separate decisions approving them as regards immigration issues, due to the opt-outs of the UK, Ireland and Denmark on such issues. Therefore this judgment continues a general trend in which the Court narrowly interprets the terms of these opt-outs (see the previous posts regarding recent judgments on social security and transport safety). This limitation of the opt-out is the most obvious consequence of the judgment, since the voting rule in Council and the involvement of Member States in signing the treaty were not contested.

However, this is a distinct question from whether EU association agreements need to be subject to the same procedure for separate decisions (which is currently the case) if they contain such clauses on immigration issues. But the case for separate decisions as regards the immigration provisions of association agreements has obviously been weakened by analogy by this judgment. It should be noted that the Court found that all of the ‘migration management’ provisions of the partnership treaty, not just the specific provision on readmission, fell within the scope of the development policy powers.

The Court’s ruling as regards the transport and environment provisions is unsurprising, in light of the previous judgment on the scope of development policy (which the Court reaffirmed). Furthermore, it would be possible, in light of the Court’s ruling on the immigration issues, to include in partnership agreements some specific commitments as regards (for instance) signing further treaties on climate change or aviation liberalisation, since they would not constitute a concrete obligation.

More broadly, arguably this judgment opens up scope for the EU to insist on more specific human rights obligations as part of its partnership agreements. An obligation to sign key human rights treaties, and/or to pass certain legislation improving human rights domestically, is arguably not concrete enough within the meaning of this judgment.

Overall, the consequence of this judgment is that the EU’s development policy is broader than had previously been understood to be the case, with the result that the EU can insist upon more obligations on behalf of its partners without this entailing institutional complications on the EU end. The Court’s judgment therefore makes it easier for the EU to insist that more countries adhere to its external policy objectives, and so makes the countries‘ development more conditional upon compliance with the EU’s goals.