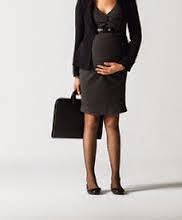 Jessy Saint Prix, a young French woman, came to live in Britain in 2006, in order to embark on a career as a school teacher. In the event, she has learned rather more than she probably anticipated about EU law and the English legal system.

Having worked for a year in the UK as a teaching assistant, she started a PGCE course, which would qualify her to be a teacher. In the midst of that course, she became pregnant.  So she dropped her course and registered with an agency. She had a few stints working in nurseries, but she found that work too difficult, now that she was nearly six months pregnant. Then she looked for other work, but didn’t find any, and so she gave up work about 12 weeks before the expected date of confinement.

In the meantime, her baby arrived. But despite her previous work as a teaching assistant and her later agency work, the UK government refused her claim for income support, as she was defined not as a worker, but as a  ‘person from abroad’. She challenged this in court, winning at first instance. But the government won at two further levels, and then the Supreme Court referred questions on the case to the Court of Justice of the European Union (CJEU). The CJEU finally ruled in her favour today.

The main thrust of the Court’s analysis was the circumstances in which EU citizens retain the status of worker, and therefore access to benefits, having previously been employed in the host Member State (like Ms. Saint Prix). The EU’s citizens’ Directive states that a person retains the status of worker if they are ‘temporarily unable to work as a result of an illness or accident’, or in ‘involuntary unemployment’ (subject to certain conditions) or undertaking vocational training, which must be linked to their prior employment (as in Ms. Saint Prix’s case, before she quit her course) unless they are unemployed involuntarily. The relevant provision (Article 7(3) of the Directive) does not state whether this list is exhaustive or not.

But for the Court, that didn’t really matter. It reiterated its established case law that the concept of ‘worker’, referred to in Article 45 TFEU, is a matter of primary law. So the concept couldn’t be narrowed down by secondary law, although the Court confirmed that, in accordance with its sex discrimination case law, pregnancy could not be equated to an ‘illness’ under the Directive.

In this case, the definition of a worker could encompass someone in Ms. Saint Prix’s situation, who had previously been working in the host State, who gave up work less than three months before the birth due to the physical constraints of late pregnancy, and who began work again three months after childbirth, without leaving the Member State in question. Bizarrely, the Court compares her situation to an earlier judgment concerning prisoners who retained ‘worker’ status during their jail time.

However, retaining worker status in such a case is not unlimited. It is conditional upon returning to work or finding another job ‘within a reasonable period after confinement’. But what is a ‘reasonable period’? The CJEU said that this concept must take account of the ‘specific circumstances of the case’ as well as national law on the duration of maternity leave, in accordance with the EU Directive on pregnant workers.

That Directive provides for a minimum period of 14 weeks’ leave, at least two weeks of which must come before confinement. However, national law can set longer periods, and most Member States do. Although the Commission proposed back in 2008 that the Directive should be amended, in order to extend maternity leave to a minimum of 18 months, this proposal has not been agreed, and the Commission is now contemplating withdrawing it.

It should be emphasised that the CJEU made no reference to compliance with national law on the period of leave taken before confinement. Also, while the pregnant worker’s Directive allows Member States to set a qualifying period of work of up to a year before obtaining the right to maternity pay, there is no such condition as regards the right to maternity leave. So for the purposes of free movement law, the only qualification is that the person concerned can be defined as a worker.

The Court’s final point was to note that in order to obtain permanent residence status under the citizens’ Directive, which requires five years’ stay on the territory, a period of up to one year’s interruption of residence due to pregnancy or childbirth does not break continuity of residence. So a fortiori this should mean that worker status is retained during breaks due to pregnancy. However, the Court clearly does not mean by this that worker status would be retained during breaks lasting up to one year, in light of its earlier reference to the limits on the rule.

Unlike the Advocate-General’s opinion, the Court of Justice made no mention of the Charter of Fundamental Rights or to sex discrimination issues more generally. Nevertheless, its judgment is obviously of great importance to migrant women who are EU citizens. It could also have a knock-on effect on the interpretation of EU law apply to third-country nationals. For instance, the meaning of ‘worker’ under the EU/Turkey association agreement is the same as under EU free movement law.

What are the limits and possibilities of this judgment for migrant women? One limit is that they have to qualify as a worker in the host State in the first place.  The Court’s insistence that it will define the concept of ‘worker’, despite the possible constraints of secondary law, leaves open the possibility that it will also override the limits in the citizens’ Directive relating to job-seekers’ access to benefits. However, the Court will be ruling on this issue separately in the near future (see the opinion in the pending Dano case).

It’s obviously more problematic for a new mother who was unemployed by the end of her pregnancy to find work by the end of the national maternity leave period. Although Ms. Saint Prix was fortunately able to do so, not everyone will be able to. This could raise the awkward question of whether income support would have to be repaid in such cases.

There will likely be some unfortunate cases where ongoing medical problems arising from pregnancy and/or childbirth make seeking work impractical, even after the end of the maternity leave period. This issue has led to a mass of complicated and controversial case-law in the context of sex discrimination law. However, it should be recalled that under the citizens’ Directive, ‘worker’ status is retained by those former workers who are too ill to work. So because the CJEU’s sex discrimination case law treats medical problems which initially arose from pregnancy or childbirth as an ordinary illness, once the period of maternity leave is over, any women with such problems will still retain their ‘worker’ status (and therefore access to any relevant benefits) for the purposes of free movement law.

Also, there will be some cases where the new mother does not find new work by the end of the maternity leave period despite her best efforts, or (more rarely) where her initial employer has become insolvent. For these difficult issues, it should be recalled that the Court refers to an obligation to consider the ‘specific circumstances of the case’, without further explanation. Arguably, this adds to, rather than qualifies, the reference to national law on maternity leave periods. In any event, the more general limits on expelling unemployed EU citizens would apply in such circumstances.

It should be noted that the judgment logically applies also to those women who have previously worked in the host State, and then stopped work due to accident, involuntary unemployment, or vocational training, subject to the conditions in the Directive, since they all retain the status of ‘worker’. For Ms. Saint Prix, it wasn’t feasible to complete her course at the time she had initially planned, given the timing of her baby’s arrival. But for other women, whose baby is due after the end of their course, this could be of great practical importance.

Finally, today’s judgment should be seen in its broader context. EU law has long encouraged and facilitated the equal treatment of women on the labour market, including those women who are pregnant or who are mothers. It has also long encouraged and facilitated the free movement of workers. This judgment is the first opportunity for the CJEU to bring these two aspects of EU law together, and to confirm that migrant pregnant women also benefit fully from EU free movement law. Indeed, it is self-evident from the facts of this case that Ms. Saint Prix – like migrant workers generally – paid far more into the UK’s tax and benefits system than the benefits which she received from it.