Salesman’s Holiday: the CJEU clarifies the calculation of holiday pay 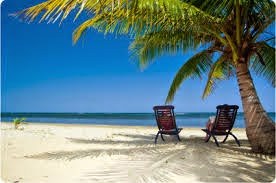 While the EU’s Working Time Directive is often criticised in the UK, there are surely some workers who welcome (among other things) the four weeks’ annual paid leave which are guaranteed by the Directive – particularly if they would not otherwise receive it.  More particularly, for anyone who works on commission, yesterday’s CJEU judgment in Lock resolved an important issue affecting the calculation of their holiday pay.

Commission payments can often make up a large proportion of a worker’s income, and this is particularly manifest in Mr. Lock’s case. During 2011, his basic salary (£1222 a month) was well below the national average. But after adding commission (averaging £1913/month), his total salary (averaging £3135/month) rose well above it.

EU law does not regulate the level of workers’ salaries as such. But Article 7 of the working time Directive states that every worker must receive four weeks’ annual paid leave ‘in accordance with the conditions for entitlement to, and granting of, such leave laid down by national legislation and/or practice’.

While this wording seems to leave a lot of discretion to Member States, the CJEU has always circumscribed that discretion tightly in light of the importance of this social right (now set out in Article 31 of the EU Charter of Fundamental Rights). The right cannot be denied to fixed term-workers (BECTU) or to persons on maternity leave (Merino Gomez). It can be carried forward if a person is on long-term sick leave (Schultz-Hoff), but Member States still retain some power to limit this (KHS). As for the calculation of the pay, it cannot be ‘rolled-up’ across each month’s salary (Robinson-Steele), and must take into account various pay supplements (Williams).

But does that requirement to take pay supplements into account apply also to commission? A few years back, the Court of Appeal of England and Wales said that it didn’t. But according to the CJEU in Lock, building on its prior case law, it did. Furthermore, the Court clarified how to calculate that commission. Applying the Williams judgment by analogy, the Court ruled that Mr. Lock’s commission was ‘directly linked to his work’ within the company, and so was linked to the ‘performance of his tasks’. So it had to be paid during his annual leave, just like allowances related to ‘seniority, length of service and…professional qualifications’. In contrast, payments which ‘are intended exclusively to cover occasional or ancillary costs’ do not have to be paid to workers during their annual leave.

This judgment will certainly be welcome for workers who receive commission payments, in particular if they do not already get those payments while on holiday. Likewise, it will be unwelcome for their employers. But it’s not really much of a surprise in light of the general tenor of the CJEU’s judgments on annual leave and the working time Directive, going back nearly 15 years now.

There is still a very residual role left for national law in this case: the CJEU says that national law can determine the period which is considered to be ‘representative’ for the purposes of calculating the worker’s average commission. So the employee cannot insist on selecting the period when his or her commission was particularly high; but nor can the employer limit the effect of the ruling by insisting upon a reference period when the commission was lower than usual.

Given that the CJEU consistently limits the possible discretion of Member States applying the Directive, the question again arises what happens if there is a dispute with a private employer regarding working time and the national legislation in question cannot be interpreted consistently with the Directive. The CJEU ducked this issue in Dominguez, but it arises again in Fenoll, where the Advocate-General’s opinion is coming in June.

In the meantime, in the AMS case, the Court has begun to clarify the legal effect of the EU Charter as regards private parties. The practical importance of the working time Directive surely requires that the CJEU has to give a proper answer to this question, at least as regards Article 31 of the Charter.