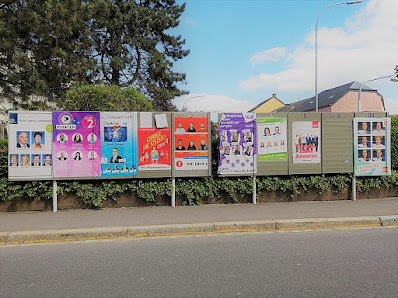 As envisaged by the European Democracy Action Plan (EDAP), the European Commission has published a proposal for a Regulation on the Transparency and Targeting of Political Advertising (COM (2021) 731 final).  It contains two main sets of rules:

It applies to broadly two sets of actors:

While the proposal sits against the EDAP as well as the 2018 election package, it links specifically with two measures:

The first chapter deals with the scope of the Regulation and includes definitions. Notably, Article 2(2) specifies that ‘political advertising’ means

the preparation, placement, promotion, publication or dissemination, by any means, of a message:

(a)        by, for or on behalf of a political actor, unless it is of a purely private or a purely commercial nature; or

(b)        which is liable to influence the outcome of an election or referendum, a legislative or regulatory process or voting behaviour.

In this, the definition is including the process of advertising in scope, though individual adverts will be caught as well.

Chapter II of the proposed regulation contains the provisions relating to transparency. Article 4 starts with a general principle:

Political advertising services shall be provided in a transparent manner in accordance with the obligations laid down in Articles 5 to 11 and 14 of this Regulation.

The specific obligations regarding transparency are:

Chapter III focusses on the targeting and amplification of political advertising.  Article 2(8) provides a definition of ‘targeting or amplification techniques’ as

Chapter IV deals with supervision and enforcement. Article 14 requires service providers that do not have an establishment in the EU (but which are caught by the regulation) to appoint a legal representative. Member States are required to introduce effective yet proportionate fines - though what this means is left up to the individual Member States.

Some initial points to note. Once again, the Commission is opting for a Regulation, seeking to reduce fragmentation among Member States. The explanatory memorandum – in justifying the choice of Article 114 TFEU (concerning internal market regulation) as legal base – highlights the fact that the fragmentation is not just between approaches between Member States but also between technologies and types of actor. The scope of the regulation is thus broad both as regard to the definition of political advertising’s content but also the application to its creation and distribution.

The definition of advertising is worthy of some attention. Note that, unlike the definition of advertising elsewhere which links to the intention to sell goods or services, they keys factors are who is speaking – a political actor - or what the likely impact is on an election. Note – these are alternatives, not cumulative conditions. In this it is very different from the sort of definitions urged by the European Association of Communications Agencies, which referred to an American definition from the “Self-Regulatory Principles  of Transparency &  Accountability to Political Advertising” of the US-based Digital Advertising Alliance (DAA) which defines political advertising as: “… paid-for communications that unmistakably urge the election or defeat of one or more clearly identified candidate(s) for a federal or statewide election” (emphasis added).

The definition of political actors includes not just those who might come to mind on a common sense approach to the matter (see Art 2(4)(a)-(f)) but also ‘a political campaign organisation...established to achieve a specific outcome in an election or referendum’ ((g)) and ‘any natural or legal person representing or acting on behalf of an of the persons or organisations in points (a) to (g)’. There are, of course, questions about how we understand when someone acts on behalf on a political actor.  Note also that political actors may speak about other topics, but that speech is excluded only when they speak purely in a private capacity or purely for commercial purposes.

Google notes in its response that this may be very broad; and also flags the possibility of different services taking different approaches to who is in scope and how they determine the answer to this question (and whether this is done automatically or by human supervision).  There are certainly resource questions here which are not dealt with by the proposal.

The definition of ‘political advertising service’ is broad and makes clear that obligations arise across the distribution chain.  This ‘pass through’ element is recognised in the obligations imposed as part of the transparency obligations. For example, Article 6(3) obliges providers of political advertising services to give political advertising publishers the information necessary to carry out their obligations (see conversely Art 7(3)).  This implies that the imposition of contractual obligations along the value chain will form part of this regime, but how those further down the value chain are in a position to verify what they are told is accurate or not is another question entirely. This might be particularly problematic where the content producer lies outwith the EU, especially where that advertising service provider makes no attempt at compliance; what are “reasonable efforts” in these circumstances?  In terms of these obligations, it is clear that the publisher – as the end point to the audience – fulfils a particular role and has specific obligations as a result to ensure that the labelling happens and that there is a mechanism for complaints. Further, the publisher needs to ensure that the labelling stays attached, so that when that content is shared by third parties, it is still apparent that it is an ad.

At this point it is worth noting that while these obligations seem to fit the online information sharing environment, the definition of ‘political advertising publisher’ is not limited to VLOPs within the DSA – or even to online platforms. The definition (Art 2(11)) is as follows:

‘a natural or legal person that broadcasts, makes available through an interface or otherwise brings to the public domain political advertising through any medium’.

Presumably this includes the traditional media (and bill boards).

While the proposal envisages that – as part of the transparency obligations – services providers should provide links to ad repositories, this only applies where relevant. This link back to the Digital Services Act which, as drafted, only imposed ad repository obligations on very large online platforms (VLOPs). Some therefore feel that this is a missed opportunity to mandate ad libraries generally, especially given the high threshold for VLOPs. Note the new proposal strengthen the rules in the DSA as regards political ads by making the period of retention 5 years, not 1 year. Beyond this we might question how effective transparency labels might be – especially given the history of bad behaviour by at least some actors in this industry. It remains unclear what – or how – the oversight regime for this would work so get an overall picture of what is going on. If part of the problem is that by targeting political actors can send different and potentially inconsistent messages to different groups of people, then telling a recipient that he or she has received an ad doesn’t necessarily solve that problem. It assumes that the user will go to the ad library and do a compare and contrast exercise, which is unlikely. It also overlooks those services which are not required to have an ad library. Further, it is not clear whether these obligations will operate in real-time. A number of actors -including ERGA (the European Regulators' Group for Audiovisual media) – have proposed the requirement for real-time, comprehensive ad libraries for political ads.

The proposal on not using certain data for political advertising is weak. This is partly because compliance with data protection and digital services is not good in general (as the range of challenges coming through the system demonstrates), but also because of the exceptions based on the GDPR provisions. Specifically, targeting could be allowed in the context of legitimate activities of foundations, associations or not-for-profit bodies with a political, philosophical, religious or trade union aim, when it targets their own members.  There are questions here about the scope of this exception, which might also arise in the context of the GDPR but is particularly salient here. While, on the one hand these seems reasonable (subject to how they are interpreted- as ever), Recital 47 of the proposed regulation suggests that “[a]dditional restrictions compared to Regulation (EU) 2016/679 [GDPR] and Regulation (EU) 2018/1725 [on EU bodies and data protection] should be provided” – yet it seems that there are no such additional restrictions. A stronger option would have been to prohibit the use of certain sorts of data absolutely (even when it is inferred) or to prohibit profiling at all.  The European Data Protection Board (EDPB) proposed ‘a phase-out leading to a prohibition of targeted advertising on the basis of pervasive tracking’, and that in relation to ads more generally.  Note also that transparency may work for the initial choice of the ad sponsors, but may be much more problematic when we consider amplification by platforms – tools which are notoriously opaque but very impactful. This increases the importance of controls on use of data.

While the proposal is a start, there are clearly questions and gaps. Nonetheless, as the European Broadcasting Union (EBU) notes, this is an opportunity to improve the political advertising environment, especially the online context which currently seems to fall outside existing regimes.  The imposition of similar rules to elections across Member States will presumably be a relief to cross-border service providers. Given the lobbying around the DSA (and DMA, ie the Digital Markets Act), we can expect to see lobbying here, and some of the questions that have been the subject of intense debate – notably the proposed ban on behavioural advertising – may well be the subject of yet further discussion.