Does A Third State Have Legal Standing To Challenge EU Restrictive Measures? The Court Of Justice Says ‘Yes’ 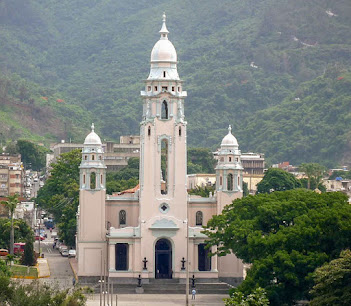 In case C-872/19 P, Venezuela v Council, the Court of Justice sets aside the judgment under appeal of the General Court and holds that Venezuela has standing to bring proceedings against EU acts which introduce restrictive measures (namely economic sanctions) against it. This judgement represents an unprecedented ruling of the CJEU. In fact, for the first time, the Court has decided to expand the category of potential applicants as to include any third State in respect of which the Union decides (as a matter of Common Foreign and Security Policy) to interrupt or reduce economic and financial relations. Those States, even if non-EU countries, are now empowered to challenge the validity of EU restrictive measures before EU Courts.

Background to the dispute

Since November 2017, the EU has imposed restrictive measures in view of the situation in Venezuela, more precisely, in view of the continuing deterioration of democracy, the rule of law and human rights in Venezuela. First, the EU sanctioning regime against Venezuela imposes export bans on the sale, supply, transfer or export of equipment which might be used for internal repression (mainly military and surveillance equipment, technology and software, as listed in Annex I and II of the Council Regulation). Second, the regime also provides for individualized asset-freezing measures against natural or legal persons, entities and bodies (i) responsible for serious human rights violations or abuses or the repression of civil society and democratic opposition; (ii) whose actions, policies or activities otherwise undermine democracy or the rule of law in Venezuela; and (iii) natural or legal persons, entities and bodies associated with them (see Article 8 of the Council Regulation).

In the past four years, no individual application has been submitted to EU Courts by any (of the more than 120) targeted individuals, seeking to challenge the validity of their listing decisions. Nevertheless, in February 2018, the Bolivarian Republic of Venezuela brought an action for annulment before the General Court, asking to annul several EU acts which impose restrictive measures in that State.

The question of admissibility

The central legal question in the Venezuela v Council case is whether the application made by Venezuela may be considered admissible before EU Courts. Accordingly, the central legal provision to take into consideration is Article 263(4) TFEU, which lays down the conditions for natural and legal persons (the so-called ‘non-privileged applicants’) to bring action before the Court. Article 263 provides for standing for legal or natural persons to challenge EU measures directly in the EU Courts, provided either that the EU measure is addressed to them, or that they have direct and individual concern, or that they are challenging a non-regulatory act, have direct concern, and that act does not entail implementing measures. This case turned on the interpretation of the last of these three possibilities.

In the case at hand, the preconditions of admissibility of the action are as follows: Venezuela must prove its ‘direct concern’, which requires the fulfilment of two cumulative criteria, namely that (1) the contested EU acts directly affect its legal situation and (2) the same acts leave no discretion to the addresses who are responsible for their implementation, making the implementation of those acts automatic, and without the involvement of intermediate (domestic) rules. Moreover, the Council also claimed two additional grounds for inadmissibility: it added that Venezuela has no legal interest in bringing proceedings; and it is not even a ‘natural or legal person’ within the meaning of Article 263(4) TFEU (see § 23 of the judgement under appeal).

On 20 September 2019, the General Court (GC) firstly ruled on the Venezuela v Council case (see Case T‑65/18). In line with the Council’s claims, the GC held that EU restrictive measures do not directly affect Venezuela. ‘At most, the contested provisions are likely to have indirect effects’ on the third State (§ 33). The Court stressed the fact that Venezuela is not ‘explicitly and specifically referred to’ in the restrictive measures (§ 36). Those measures (taken ‘in view of the situation in Venezuela’ and not ‘against Venezuela’) simply have the effect of limiting the availability of the certain goods and services in that State, but the applicant cannot be considered as ‘directly concerned’ - since it is not directly targeted. It follows that, according to the Court of first instance, Venezuela lacked the necessary locus standi (as provided for in the fourth paragraph of Article 263 TFEU) and the proceedings were considered inadmissible on that basis.

Nonetheless, on 22 June 2021 (see Case C-872/19 P), the Court of Justice, before which Venezuela lodged an appeal, overturned the previous judgement and ruled that the General Court erred in law in dismissing the action.

Firstly, the Court of Justice analysed (as preliminary observations) the concept of ‘legal person’ – which was not addressed by the GC. The Court affirmed that Article 263(4) TFEU ‘cannot be interpreted restrictively’ (§ 44). On the contrary, it shall be read in the light of the principles of effective judicial review and the rule of law, which represent EU founding values (see Article 2 TEU) and shall guide the European Union’s external action (see Article 21 TEU and the relevant case-law, inter alia Rosneft and Bank Refah Kargaran, discussed here and here). Such a broad interpretation of the fourth paragraph of Article 263 TFEU (in light of the above-mentioned EU founding values) ‘militates in favour of finding that a third State should have standing to bring proceedings’ (§ 50). Accordingly, the Court ruled that Venezuela, although it is a third State and a legal person governed by public international law, ‘is equally likely as any another person or entity to have its rights or interests adversely affected by an act of the European Union and must therefore be able, in compliance with those conditions, to seek the annulment of that act’ (§ 50).

Following AG Hogan's Opinion, the Court held that Article 263(4) TFEU does not strictly apply to private actors or individuals. On the contrary, the obligation to ensure compliance with the principles of effective judicial review and the rule of law requires the EU to allow Venezuela to challenge the restrictive measures adopted by the Council that are prejudicial to that State. This is an expression of the ubi ius ibi remedium principle, which is a general principle of EU law, and is enshrined in Article 47 of the EU Charter of Fundamental Rights (see § 32 AG Opinion).

Secondly, the Court evaluated the notion of ‘direct concern’. Once again, it followed AG Hogan’s reasoning and considered the EU restrictive measures to directly concern Venezuela. Contrary to the GC, the final decision of the Court of Justice advocates ‘a holistic and pragmatic approach’ when assessing the effects of EU restrictive measures, and ‘favours substance over form’ (see § 105 AG Opinion). Thus, even if the regime does not refer to Venezuela as an explicit target, the Court reached the conclusion that EU restrictive measures directly affect the legal situation of the State, since those provisions prevent Venezuela from obtaining numerous goods and services (§ 69 and § 117 AG Opinion).

Thirdly, the Court examined the alleged absence of an interest in bringing proceedings (claimed by the Council as a ground for inadmissibility for the action). The Court clarified that the EU restrictive measures are liable to harm the interests, in particular the economic interests, of Venezuela (§ 83). It follows that the action for annulment is capable of procuring an advantage for the State. Such advantage presupposes Venezuela’s interests in in bringing proceedings before the Court.

Lastly, the Court had to analyse whether the contested EU provisions entail implementing measures or apply without leaving any discretion to its addressees. The Court clarified that the contested act (namely Council Regulation (EU) 2017/2063) constitutes a ‘regulatory act’ (see § 92), adopted in accordance with Article 215 TFEU, under the non-legislative procedure. Hence, its provisions do not entail further implementing measures.

The Court concluded that all the conditions laid down in the third limb of the fourth paragraph of Article 263 TFEU are fulfilled. As a result, the action for annulment brought by Venezuela before the General Court is admissible. Finally, it referred back the dispute to the General Court which is now responsible for giving its judgment on the merits (§ 95).

Ruling in favour of admissibility of the action brought by Venezuela is quite striking and leaves us puzzling. Is it a dangerous move for the CJEU? Now it is hard to predict. Nonetheless, it is worth noticing that the Venezuela v Council ruling leads to a strong expansion of potential applicants before the Luxembourg judges, meaning a potentially dangerous proliferation of judicial challenges against EU restrictive measures (by affected third countries, such as Russia, Belarus, Turkey). This aspect was emphasised by the Council in the dispute at stake. In fact, the Council was concerned that empowering third States to bring actions for annulment against EU restrictive measures could put the EU at a disadvantage (§ 32 of the appeal), particularly because the Union does not enjoy an equivalent right to judicial review before foreign courts as to challenge third countries’ foreign policy (sanctioning) decisions. This lack of reciprocity leaves the EU without any judicial guarantee before non-EU courts.

Moreover, EU restrictive measures already represent a topic of abundant litigation, and consequent vulnerability for the Union, before the EU Courts. That is why I was expecting a more cautious approach from the Court of Justice (with the view of protecting its autonomous legal order).

Lastly, will this generous interpretation of the Court of Justice bring to a shift from geographic to thematic restrictive measures (such as the new EU human rights sanctions regime)? Surely the Union (and the Council) has now to rethink about third-countries sanctions regimes. A possible solution to avoid the proliferation of judicial challenges before the CJEU by non-EU countries could be to rapidly shift to EU thematic sanctions regimes.