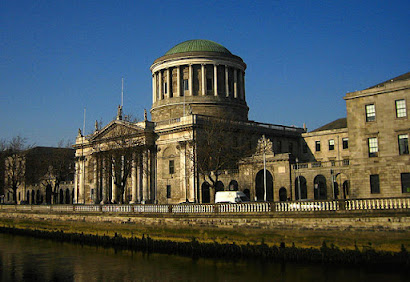 Since founding in 2014, strategic litigation has always been a priority for the European Network on Statelessness (ENS) and its members. As a former practising lawyer myself, I recognise that part of the fight to end statelessness must happen through the courts. Recently we added significant impetus to these efforts with the launch of our Statelessness Case Law Database.

Europe often likes to see itself as a model of democracy and human rights. But it’s actually home to a surprising number of stateless people – at least half a million in total - many born in Europe itself but also more recent arrivals. By any yardstick, the countries of Europe must do more to solve this solvable issue.

Yet statelessness is not a new phenomenon. An international legal framework that guarantees protection to stateless people and sets clear rules for preventing statelessness has been in place for at least a generation. If all State signatories had translated this into effective national law, the problem would have been eradicated in the region by now. But identity politics, migration debates and questions about who does and doesn’t belong have got in the way of this. State sovereignty and national security have creeped in to take priority over collective responsibility for human rights.

The importance of strategic litigation

Advocacy and awareness-raising to hold governments to account in meeting their international obligations towards stateless people is essential. However, as an isolated strategy this is unlikely to bridge the current protection gap faced by stateless people across Europe. Strategic litigation looks at the bigger picture by pursuing cases that have the potential to set important precedents, influence policy, and ensure that governments are carrying out their responsibilities. Yet, despite its potential, strategic litigation can be challenging for relatively under-resourced organisations. High-risk and resource-intensive, strategic cases require specific legal expertise and often span many years, with no guarantee of securing a positive outcome. At ENS we have been giving careful thought about how best to garner greater momentum and impact with our strategic litigation efforts.

The Statelessness Case Law Database is a key pillar of ENS’ strategy to increase the capacity and expertise of lawyers in order to help bring about real change to the lives of stateless people and contribute to the development of regional and national law and practice. It’s a free online resource containing jurisprudence from jurisdictions across the region as well as from the European Court of Human Rights, the Court of Justice of the European Union and UN human rights treaty bodies. It is searchable by country, legal instruments, key themes and keywords, and currently includes over 180 case summaries.

We set up the database in direct response to feedback from our members that this was the key tool they needed to be able to support their work. They told us that being able to access relevant case law from other countries or European and international bodies was vital to assist and help stimulate their litigation efforts.

ENS’s resources are in some ways limited – a relatively small Secretariat and limited funding – but in others significant: over 170 members who, together, have a full picture of the legal and social realities of statelessness across the continent. Yet without sustained resourcing, a closely coordinated strategy and effective exchange of information, litigation efforts risk becoming siloed and sporadic. The database provides a dynamic and evolving tool to support strategic litigation while ensuring effective and complementary use of available resources.

Another key function of the database is to promote effective partnership and to engage a new generation of lawyers motivated to work on statelessness. A key component of our litigation strategy is to develop pro bono partnerships to help us maintain and develop the database. We are excited to be working with several international law firms – including Akin Gump Strauss Heuer & Feld LLP, DAC Beachcroft, Freshfields Bruckhaus Deringer, Skadden, Hogan Lovells and DLA Piper, as well as our expert partner the AIRE Centre. Over time we intend to further develop these partnerships, and to connect with lawyers working on intersecting and nexus issues such as forced migration, child rights and anti-discrimination.

Building a Europe where everyone has a nationality

At our database launch event recently, we pulled together several prominent experts to debate how we can use strategic litigation to end statelessness in Europe.

As Professor Guy S. Goodwin-Gill pointed out during the debate, “providing for status is one thing, a good thing, but the main challenge is in eliminating and reducing statelessness”. As we celebrate the 60th anniversary of the 1961 Convention, attending to the causes of statelessness will undoubtedly be key to address the issue. With 95 States having acceded to the 1954 Convention and 76 to the 1961 Convention, considerable progress has been made in signing these treaties but “States’ record at the moment is still patchy, and a considerable amount of effort will be required among all of us to push them ahead”. After overviewing ECtHR jurisprudence on statelessness, judge Zalar similarly noted, “to put it simply, these judgments are relevant for judges because this is law, but the more relevant question is why these human rights violations happen so often, and why do we not learn from our mistakes?”. Hence it is crucial to continue increasing knowledge of international and human rights law in order to ensure the effective implementation of regional judgments at the national level, and the database is a tool that may assist in sustaining this progress.

As observed by Nuala Mole from the AIRE Centre, litigating statelessness requires a touch of creativity, and the Strasbourg court has shown that by introducing statelessness in the ECHR through the prism of the right to private life such as in the recent landmark ruling in Hoti v Croatia. Critical principles with regard to the right to private life are also at stake due to recent trends in States’ practices on deprivation of nationality, which considerably impact on children and stateless persons. Finally, as articulated by Laura Bingham from the Open Society Justice Initiative, if we ever needed a reminder of the importance of strategic litigation we need to look no further than the Human Rights Committee’s decision in Zhao v. Netherlands, both for Denny Zhao and for stateless children across Europe and globally. As Laura noted, “the database gives the legal community and the broader community a sense of identity and connectedness that is not there without a tool like this”.

Watch the recording of the online debate.

The way forward – our strategy

Ultimately, our approach is cognisant of the fact that statelessness in Europe is exacerbated by States’ failure to live up to commitments they have made at international and European levels to respect the rights of stateless people, as well as by a lack of clarity in how those commitments should be implemented in line with international and human rights law. These are gaps that the courts are well positioned to address.

Any litigation strategy makes the assumption that the rule of law is strong enough to guarantee implementation of judgments. But the stateless are among the most marginalised in society. Hence, even where favourable court judgments are achieved, it is imperative to continue to fight alongside stateless people to make sure that their rights are respected in practice. There is a limit to what lawyers can do alone, and ENS is well set up for this further fight, as our membership also includes community activists, researchers, and communications specialists.

We do not pretend that a few high-profile judgments will solve statelessness in Europe.  But we know that without litigation we will not meet our change objectives.  Armed with our database and a growing network of lawyers litigating on statelessness, we are determined to achieve further judicial landmarks over the coming years, around which we will build a future Europe where everyone has a nationality.