State Immunity, Comity and the Question of Legal Standing of a Third Country before the CJEU: The Opinion of AG Hogan in Case C‑872/19 P Venezuela v Council 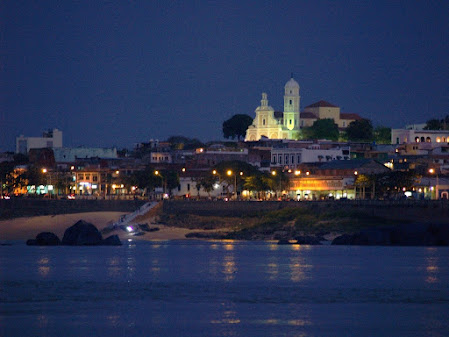 In his Opinion delivered on 20 February 2021, A.G. Hogan tackled an important procedural question: Does a third State have legal standing to challenge EU acts before the CJEU? The question at bar is significant not only because the Court has never addressed it directly before in the context of sanctions, but also because it involves enquiring into the principles that mediate the relationship between the EU legal system and other subjects of international law.

The case is an appeal against the General Court’s judgment of 20 September 2019, in which that Court was asked to rule on whether Venezuela could challenge a series of restrictive measures prohibiting the provision of arms, military as well as surveillance equipment to any natural or legal person, entity or body in, or for use in, Venezuela.

Answering this question necessitates examining whether the conditions of Art. 263(4) TFEU (on standing to bring direct actions for annulment of EU law, if the challenger is not a Member State or EU entity) to have been met. In casu, the answer is contingent on examining whether Venezuela is a legal person that is directly and individually concerned by the measures at hand, or, in the case that the measures are considered as regulatory acts, it is sufficient to show that these measures are of direct concern to Venezuela and do not entail implementing measures. The General Court found that Venezuela was not directly concerned by those measures, and thus, that it lacked standing under Art. 263(4) TFEU – without however addressing the question of whether Venezuela is a legal person within the meaning of the same provision.

In his Opinion, the AG focused on two main issues in order to answer the question of legal standing: (i) whether Venezuela is a legal person within the meaning of 263(4) TFEU; (ii) whether Venezuela is directly concerned by the measures in question within the meaning of 263(4) TFEU. The A.G. proposed that the CJEU answers both questions to the affirmative. If the Court follows the A.G.’s line, this could reinforce the image of the EU as a global actor committed to the rule of law and to effective judicial protection by recognising in essence that third States have a right to challenge EU law measures them before EU courts, provided that the conditions set out in Art. 263(4) TFEU are satisfied – even in the absence of reciprocity. This blogpost focuses on the AG’s analysis of the question of ‘legal personhood’ as the question of direct concern has been discussed elsewhere.

Is Venezuela a legal person within the meaning of Art. 263(4) TFEU?

According to the A.G., both international and EU law considerations buttress the finding that Venezuela should be considered as a legal person for the purposes of Art. 263(4) TFEU.

In relation to the international law arguments supporting this finding, the A.G. (correctly) rejected the Council’s assertion that Venezuela is barred from bringing a suit before the CJEU on the basis of the doctrine of State immunity.  The AG argued that the law of immunities cannot limit the legal standing of Venezuela since this action is brought by Venezuela and not against Venezuela. Indeed, State immunity under international law is aimed at facilitating the performance of public functions by the State and its representatives by preventing actions being brought against them before foreign courts. It does not however imply that third States are barred themselves from appearing as claimants before foreign courts – as Art. 8 of the 2004 UN Convention on Jurisdictional Immunities of States and their Property makes abundantly clear.

However, from an international law point of view, the argument made by the A.G. is rather unconvincing. In fact, there seems to be no rule of customary international law requiring one State to allow another State to bring suit in its courts. Rather, comity is a domestic law doctrine (that has been mainly employed by US courts) under which deference is afforded to foreign states to bring suits before domestic courts as plaintiffs. The practice relied on by the AG (the Banco National de Cuba v Sabbatino judgment by the US Supreme Court) as well as a survey of other relevant case-law (the Sapphire; the Hilton v Guyot; the Santissima Trinidad – all judgments by the US Supreme Court) attest to the domestic law pedigree of the principle of comity. The AG failed to show how this domestic law principle has entered the corpus of international law. Overall, great caution needs to be exercised in using domestic cases in order to make propositions about general international law. The very notion of ‘comity’ in international law is linked to practices of a discretionary character; this runs counter to the modern understanding of customary international law “as evidence of a general practice accepted as law” (Art. 38(1)(b) ICJ Statute).

The international law blunder aside, the question arises as to whether there are good reasons to adopt the relevant doctrine as a matter of EU law. While the principle of comity is distinct from international law, it undoubtedly remains an internationally oriented principle that is important in shaping a State’s relations with the outside world. Showing deference to third States as litigants before the CJEU would certainly be within the spirit of Art. 3(5) and 21 TEU and it would consolidate the external projection of the EU as a confident and internationally engaged polity committed to the ethos of the rule of law.

The A.G. also relied on a number of EU law precedents where the CJEU had (en passant) accepted that third States have legal standing to bring an action for annulment under Art. 263(4) TFEU – although, admittedly, the context in which these rulings were made was not that of restrictive measures as is the present one (Cambodia and CRF v Commission, para. 51; Poland v Commission, paras. 51,52; Switzerland v Commission, para. 22). In the context of restrictive measures, the A.G. found the Court’s judgment in PKK and NKK v Council of particular importance since it implies that, even in the absence of legal personality, an entity that is directly and individually affected by restrictive measures must have access to EU courts in order to protect its rights. On the basis of these EU law precedents and taking into account that respect for the rule of law and the principle of effective judicial protection are core EU law principles, the A.G. concluded that Venezuela must be regarded as a legal person within the meaning of Art. 263(4) TFEU – even in the absence of reciprocity since “respect for the rule of law and the principle of effective judicial protection is not based on any notion of reciprocity and they cannot be traded or compromised in diplomatic exchanges or made subject to reciprocal treaty obligations.”

This part of the A.G.’s Opinion is particularly convincing – especially in the light of the Court’s relevant case-law. In PKK and NKK v Council, the Court emphasised that the procedural rules governing the admissibility of an action for annulment must be read with a view to “avoiding excessive formalism” – something that would amount to denying to an entity against which restrictive measures have been taken the possibility of applying for annulment. One may add that it would at least raise an eyebrow if the Court denied Venezuela - a sovereign State and as such, the example par excellence of an international legal person - capacity to bring annulment proceedings, while it has recognised such capacity for entities such as the Western Saharan Front Polisario and the Sri Lankan Liberation of Tigers of Tamil Eelan.

While one may concede that there are good reasons to adopt the A.G.’s approach to legal personhood, the question arises as to whether there may be far-reaching implications for the conduct of the EU’s foreign relations. Would allowing third States to challenge EU law measures before the CJEU open the floodgates for a number of politically charged questions of recognition of entities (such as Kosovo and Palestine) to be decided by the Court? This fear seems to be exaggerated. As the doctrine of comity has been applied by US courts, exceptions are accepted in case of States not recognised by the US. This would ensure that, while the CJEU shows a great degree of openness to review measures affecting third States, it would not be used to make determinations regarding (often politically charged) issues of recognition.