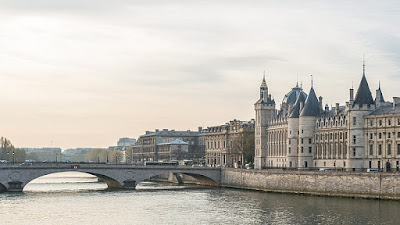 The question of who has the power to issue a European Arrest Warrant (“EAW”) has been addressed again by the Court of Justice of the EU (“CJEU”). The answer to this question has far-reaching consequences for the flagship EU measure of judicial cooperation, which is used by authorities across the continent thousands of times every month to obtain the surrender of persons found in another EU Member State either for the purposes of criminal investigations (e.g. interrogation) or to serve a custodial sentence.

More specifically, the Dutch and Luxembourg courts sought clarification of the CJEU’s rulings of 27 May 2019 in relation to the German and Lithuanian prosecutors (cases C-508/18 and C-82/19 PPU), discussed further here. The CJEU had ruled that German public prosecutors do not provide a sufficient guarantee of independence from the executive when issuing an EAW, while the Prosecutor General of Lithuania does provide such a guarantee of independence. As a result of this ruling, only judicial authorities deemed completely independent from the executive will be able to issue EAWs.

The CJEU confirmed that the Belgian, French and Swedish prosecutors were sufficiently independent from the executive to be able to issue EAWs. In its analysis, the CJEU clarified, first, the scope of the concept itself of an “issuing judicial authority” for the purposes of issuing an EAW under the Framework Decision on EAWs and second, the notion of effective judicial protection for individuals who are the subjects of EAWs.

Concept of issuing judicial authority: two, not three conditions to be met

The principle of procedural autonomy and Article 6 of the EAW Framework Decision leave it up to Member States to designate competent “issuing judicial authorities” for the purposes of the EAW, but the CJEU recognised that a uniform and autonomous interpretation is, nevertheless, necessary.

Public prosecutors will qualify as an issuing judicial authority where two conditions are met:

-          First, public prosecutors must administer or participate in the administration of justice. An authority, such as a public prosecutor’s office, which is competent, in criminal proceedings, to prosecute a person suspected of having committed a criminal offence so that that person may be brought before a court, must be regarded as participating in the administration of justice of the relevant Member State.
-          Second, public prosecutors must be in a position to act in an independent way, specifically with respect to the executive. The CJEU requires that the independence of public prosecutors be organised by a statutory framework and organisational rules that prevent the risk of prosecutors being subject to individual instructions by the executive (as was the case with the German prosecutor). Moreover, the framework must enable prosecutors to assess the necessity and proportionality of issuing an EAW. In the French prosecutor judgment, the CJEU specifically indicated that:

Importantly, the CJEU made clear that the existence of a procedure to challenge the decision itself to issue an EAW does not constitute a condition for a national authority to qualify as an “issuing judicial authority” for the purposes of the EAW Framework Decision. In the Swedish and French cases, the CJEU specified that effective judicial protection is not a statutory or organisational rule that applies to prosecutors, but is a separate issue that relates to the issuing procedure of the EAW. The CJEU’s approach in respect of the concept of “effective judicial protection” is developed further below.

The CJEU adopts, in these judgments, a formalistic approach towards the concept of independence. The Court focuses on the national legal framework to assess prosecutorial independence, and is satisfied where statutory and organisational rules formally prevent the government from issuing individual instructions to the prosecuting authority. However, the CJEU does not seek to enquire into the practice or other potential forms of influence of the executive over prosecutors. The scope of the CJEU’s assessment of the independence of prosecutors is moreover limited to decisions to issue EAWs, and not to the exercise of prosecutorial powers more broadly, which is beyond the scope of EU law.

It is notable that, in the decision relating to the French prosecutor, the reasoning of the CJEU appears to be founded on the inquisitorial tradition of the criminal justice system, built on the concept that prosecutors are “impartial” and exercise their powers in an “objective manner”, taking into account all exculpatory and inculpatory elements. This approach does not reflect the system in several EU Member States and stands at odds with the current evolution of European criminal justice systems, where we see a trend towards an increasing role of defence lawyers during the investigative phase, typical of accusatory systems. For instance, the Directive on the European Investigation Order (“EIO”) foresees, in Article 1(3), that the defence may initiate a request for an EIO in the context of a cross-border investigation. The CJEU’s reliance on abstract concepts of “impartiality” and “objectivity”, without addressing the evolution of inquisitorial systems and the way in which this may have impacted the prosecutor’s role, gives the ruling a certain artificiality which requires further refinement.

The CJEU had already ruled (see its judgment in relation to the German and Lithuanian prosecutors) that persons subject to an EAW must benefit from a two-tier system of judicial protection of procedural safeguards and fundamental rights: (i) in the context of the adoption of the national arrest warrant; and (ii) in relation to the decision to issue an EAW, in particular, whether, in the light of the particular circumstances of each case, it is proportionate to issue that warrant.

The executing authority must verify that the decisions to issue EAWs have been subject to prior judicial protection, i.e. that a court or judge assessed the proportionality of the EAW and that the conditions for issuing the EAW have been met. In other words, the decision of a prosecutor, who is not a judge, to issue an EAW, must be capable of being the subject, in the Member State, of judicial proceedings which meet in full the requirements inherent in effective judicial protection.

But the CJEU leaves it up to Member States to organise such effective judicial protection, which, by virtue of the principle of procedural autonomy, may vary from one national system to another. One possibility is for Member States to provide for an appeal procedure against the decision to issue an EAW. But this is only one possibility, and the CJEU considered that each of the examined national systems in Belgium, France and Sweden also met the requirement for effective judicial protection:

-          In the Swedish case, national law requires that the decision to issue an EAW be preceded by a court decision to order pre-trial detention. The CJEU confirmed that effective judicial protection is ensured when the court verifies the conditions and the proportionality of the EAW before it is issued by the prosecutor, i.e. during the hearing in relation to pre-trial detention. The Court also noted that the pre-trial detention order can be challenged after it is issued, and where the challenge is successful, the EAW is automatically invalidated. For the CJEU, this system satisfies the requirement for effective judicial protection, even in the absence of a stand-alone appeal procedure against the decision to issue an EAW by the prosecutor.

-          In the French case, the CJEU considered that in French law, EAWs for the purposes of criminal investigations may only be issued after a judge, typically an investigative judge (juge d’instruction), issues a national arrest warrant. In this case, the CJEU noted that the judge who issued the national arrest warrant also requested that the public prosecutor issue an EAW at the same time. It is at this point in the procedure that the judge assessed that the conditions for issuing the EAW were met, including its proportionality. In the CJEU’s view, this procedure demonstrates that the proportionality of the EAW may be assessed at the time the national arrest warrant is issued, which happens prior or at the same time as the issuing of the EAW, and noted that, further, the decision to issue an EAW may also subsequently be subject to an annulment challenge. Therefore, the French system satisfies the requirement for effective judicial protection.

-          Where the EAW is issued for the purposes of serving a custodial sentence, as in the Belgian case, the EAW stems from the court decision sentencing the person to a custodial sentence. The sentence, in the CJEU’s view, reverses the presumption of innocence that the person benefits from during the criminal proceedings. The existence of judicial proceedings leading to the finding of the person’s culpability enables the executing authority to presume that the decision to issue an EAW stems from a national procedure in which the rights of the person were upheld; and the proportionality of the EAW results from the requirement in the EAW Framework Decision that an EAW may only be issued in relation to sentences of at least 4 months’ imprisonment. In such circumstances, the requirement for effective judicial protection is satisfied by the decision to sentence the person.

The CJEU failed to take this opportunity to set meaningful standards around the concept of “effective judicial protection”, and in particular how executing judicial authorities must exercise their oversight over the proportionality of EAWs. This approach fails to recognise that it is extremely difficult for persons arrested and detained under an EAW to obtain legal assistance in order to challenge the decision to issue the EAW in the issuing state, prior to being surrendered. Fair Trials has documented the problems with the EAW system that continue to this day, with considerable impact on the lives and rights of ordinary people.

In the Swedish and French cases, the CJEU argued that effective judicial protection is further guaranteed by other instruments of EU law, most notably the Access to a Lawyer Directive (2013/48/EU), which requires the Member State who is asked to execute the EAW to inform the person that they have a right to appoint a lawyer in the country that has issued the EAW. This is, indeed, a requirement of EU law, however, the CJEU fails to take into consideration the lack of effective implementation of this requirement across the EU – which seriously undermines the reality of such an “effective judicial protection”. The new laws enacted by the EU guaranteeing suspects’ rights, while extremely beneficial to improving fair trials at the national level, have not been sufficient. The problems with the EAW go beyond the rights guaranteed in those laws, and the laws themselves still need better implementation.

We welcome the CJEU’s recognition that the EU procedural rights directives, including the Access to a Lawyer Directive, participate in ensuring effective judicial protection for people who are subject to EAWs. But to date, the case law of the EU’s Court of Justice has not been sufficient to resolve the EAW’s flaws. The CJEU needs actively to support the effective implementation of the procedural safeguards for suspects and accused persons enshrined in EU law. For more on our work to promote and support the effective implementation of EU law, please refer to our materials available here: https://www.fairtrials.org/publication/eu-law-materials.