The White Paper on the Great Repeal Bill: Invasion of the Parliamentary Control Snatchers 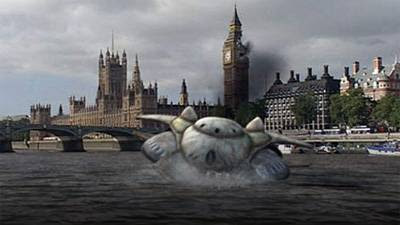 Yesterday’s White Paper for the forthcoming Great Repeal Bill outlines the key elements of the domestic law aspects of the process of the UK leaving the EU. It indicates broadly how the future proposal for a Bill will do two main things: (a) convert existing EU law applied in the UK to UK law including, in some cases, law of the devolved bodies in Scotland, Wales and Northern Ireland); and (b) provide for a process of amending ex-EU law in future.

While the White Paper has thought some issues through in detail, there are some key points on which it is either vague or unconvincing (or both). In particular, it contains no real detail or substantiated argument on the most important issue: the power of the executive to amend laws without an Act of Parliament.

The White Paper confirms that the UK will continue to apply EU law until Brexit Day – which will be March 29, 2019, unless (a) the EU/UK withdrawal agreement specifies otherwise, or (b) the EU and UK agree to extend this date, or (c) the UK rescinds its notification to withdraw from the EU (if that is legally possible). It also confirms the intention to remove the European Communities Act – the main Act of Parliament that gives effect to EU membership in UK law – as of that date.

But it seeks to retain in force the EU rules which apply in the UK as of that date, subject to amendments (as discussed below).  The EU rules in question are directly-applicable Regulations and EU Treaty provisions, as well as Directives which were already transposed into UK law by using the European Communities Act. Also, the Treaties will remain relevant for the interpretation of ex-EU legislation which was initially based on them (para 2.10).

What about the EU courts? Here the White Paper draws a distinction. On the one hand, post-Brexit laws will not be subject to the jurisdiction of the EU Court, and the UK’s courts will not be obliged to take ECJ rulings into account (presumably they could choose to do so, however). On the other hand, ex-EU laws will still have to be interpreted by reference to pre-Brexit case law of the EU courts, to ensure certainty. There’s no reference to post-Brexit case law, but again presumably the UK courts could choose to consider it.

The latter rule will not be absolute, however: pre-Brexit ECJ case law will have the same binding effect as UK Supreme Court judgments, and so the Supreme Court could overrule those judgments in the same limited circumstances in which it can (and rarely does) overrule itself. It will of course be possible for Parliament to overturn ECJ case law by amending the legislation, and the government hints that it might want to consider clarifying the circumstances in which the Supreme Court could overturn prior ECJ rulings.

A similar distinction arises as regards the supremacy of EU law: the EU court rule that EU law takes precedence over any conflicting national law, so the latter has to be disapplied by national courts in the event of any conflict. The supremacy rule will not apply to post-Brexit UK legislation, but it will still apply to pre-Brexit UK laws that conflict with ex-EU law.

Despite the general conversion of EU law, the White Paper insists on an exception for the EU Charter of Rights.  In that case, the ex-EU legislation will be interpreted after Brexit by the ‘rights underlying’ the Charter (ie the ECHR and other international treaties which the UK has signed), rather than the Charter itself.

Obviously the body of ‘ex-EU’ law will not remain unchanged forever. The White Paper discusses the process by which it can be changed in future. There are two key issues here. First, will any changes be the responsibility of the Westminster Parliament or government, or the parliaments and executives of the devolved bodies in Scotland, Wales and Northern Ireland? Secondly, within Westminster, what changes will be subject to Acts of Parliament, and what will be subject to delegated powers conferred upon the executive?

On the first point, the White Paper is vague about exactly what powers will be exercised by the devolved administrations, and this is likely to be a highly contested issue in practice.

On the second point, the distinction between Acts of Parliament and executive powers is important because an Act of Parliament allows for extensive public discussion and parliamentary scrutiny, whereas an act of the executive (usually in the form of 'Statutory Instruments') is subject to limited public or parliamentary involvement. For instance, there is far less time for discussion, and no prospect of tabling amendments.

The White Paper starts by mentioning some possible delegated powers for the Great Repeal Bill that will surely be uncontroversial. For instance, it refers to the references in ex-EU law to 'EU law', powers of the EU institutions, or information sharing with the EU. Since most of these references will be redundant (except possibly as regards continued sharing of police information, as the White Paper notes), there are limited policy choices to be made when replacing them. So there can be little objection in principle to the executive using such powers.

However, there is a further category of changes to EU law which will be more substantive. The White Paper gives a non-exhaustive list of cases where the government thinks it should have delegated powers: where a policy might change in light of the Brexit talks with the EU; where a policy changes as a direct consequence of leaving the EU; and where the level of detail is 'not appropriate' for an Act of Parliament.

More generally, the government argues that these powers must be widely defined and must apply not only to ex-EU law converted into EU law, but also Acts of Parliament linked to EU membership. The power for the executive to amend Acts of Parliament is controversial, and such clauses are widely known as 'Henry VIII clauses'. Although the House of Lords Constitution Committee had previously argued that there should be extra powers of parliamentary scrutiny in this context, the government implicitly rejects this view.

The overall objective of ensuring legal continuity by retaining pre-Brexit EU law in force is logical, and the White Paper has thought many of the details through. It makes sense to ensure that legal continuity as much as possible by creating a distinct body of ex-EU law, where a form of the principle of supremacy still applies and ECJ judgments remain binding, subject to the rare case that the UK Supreme Court might want to overturn.

However, some of the detail has not been considered: what about future ECJ case law? What about cases concerning EU law in the UK pending in the UK courts or the EU courts on Brexit Day? What if a condition of ensuring market access to the EU after Brexit is to take relevant EU court case law ‘into account’? (Note that this falls short of making those judgments binding, and is even an even longer way from retaining the supremacy of EU law over national law). What about the domestic legal impact of any alternative court or dispute settlement system that might rule on UK/EU disputes after Brexit?

The hostility to the EU Charter forms an exception to the rule that prior EU law continues to apply, and raises much legal uncertainty. Does it also mean that ECJ rulings referring to the Charter should be ignored, at least to the extent that they refer to the Charter? Since many such rulings refer to other EU laws and interpret them in light of the Charter, there will in effect be an odd requirement to keep following part of a ruling but not all of it. But this will be like trying to remove an egg from an omelette, because the judicial reasoning on the Charter and the EU legislation is intertwined.

To some extent, this effect will be limited by the requirement to interpret the ex-EU law in light of the ‘underlying rights’ instead of the Charter. But what does this mean in light of the government’s intention to repeal the Human Rights Act, and replace it with a British Bill of Rights? What if the ECJ’s interpretation of the Charter was arguably more ambitious in a particular case than the relevant ‘underlying rights’ in the Charter? What if the relevant ‘underlying rights’ are set out in a human rights treaty which the UK has not ratified, or not made part of its domestic law? And there is no mention of the pre-Charter case law of the ECJ on human rights as ‘general principles of law’; what happens then?

As drafted, these powers are potentially nearly limitless. They could, for instance, be used to adopt every detail of future policies on agriculture, fisheries, trade with non-EU countries or extradition to the EU without full parliamentary scrutiny or public discussion, because each of these are areas where the new laws could be regarded as changes consequential to leaving the EU.

So how should Parliament limit government powers? It will be hard to avoid conferring some substantive delegated powers on the government, as the time frame to implement a Brexit agreement with the EU (or the absence of one) before the likely Brexit Day of March 29, 2019 might be tight. On the other hand, there might be several months to spare, or there might be a transitional agreement keeping EU law in force for some time, so giving Parliament more time to act.

The best way forward is to rule certain issues off-limits entirely, particularly issues where EU law provides for essentially domestic legal harmonisation: for instance employment law, environmental law, consumer law, discrimination law. In those areas there is generally no reason why the law necessarily has to change if the UK leaves the EU, because the relevant laws are not usually about cross-border matters. (There are exceptions, like European Works Councils or carbon trading laws).

In other substantive areas, where there is a direct link with leaving the EU, Parliament should be given a right to rule on whether the conditions for conferring delegated powers on the government are met. Effectively it could decide whether the trigger for those powers had to be pulled due to lack of time or not. (Thanks to Professor Tammy Hervey for a version of this idea). There could be particular limits on the power of the executive to amend Acts of Parliament.

Also, the government could be pressed to make more effort to table Acts of Parliament well in advance of Brexit Day on the planned changes to some key areas, for instance agriculture and fisheries, to enable full parliamentary scrutiny. In particular, the planned customs bill could include rules setting out the domestic legal framework for UK’s post-Brexit international trade law (more on that specific issue another time).

Finally, on the issue of devolved assemblies, it is striking that the Brexit Minister’s foreword to the White Paper talks generally about a “significant increase in the decision-making power” of the devolved bodies, but the actual White Paper then does not give any detail of this. On the other hand it does go into some detail about the powers which can’t be conferred upon devolved assemblies, due to an intention to ensure a UK-wide single market.

Maybe we need a short, simple phrase to refer to the promise of devolved powers which is not then substantiated by any detail. Might I suggest…“the Vow”.