The external representation of the European Union in the International Maritime Organization: A Question of Labelling rather than of EU Competence 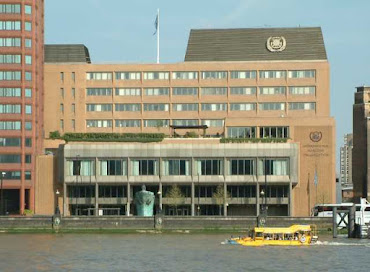 On 25 November 2021, Advocate General (‘AG’) Szpunar delivered his Opinion in an action for annulment brought by the Commission against the Council (Case C-161/20). The Opinion exemplifies the conflict of interests between the European Union (‘EU’) and the Member States when it comes to exercising their external competences within the framework of an international organisation in which the EU can participate neither as a member nor as an observer. If the Court of Justice follows AG Szpunar’s reasoning, the present Case will have the potential to change the assessment as to who (the Commission or the Member States) represents the Union interest in committees of the International Maritime Organization (‘IMO’). Moreover, it will presumably reinforce the Commission’s ambition to strive for a change of the IMO legal framework in order to allow the EU to become a member or at least an observer.

The issue raised by the Commission concerns the power to submit proposals to a committee of an international organisation in which the EU can participate neither as a member nor as an observer. The EU cannot become an IMO member because, according to the IMO Convention, membership is open to States only. Usually, if the EU cannot exercise its external competence because the international organisation does not allow it to become a member or an observer, the Member States exercise the EU competence acting jointly in the EU interest (para 64 of the Opinion; cf. also Opinion 2/91). In particular, Member States must refrain from submitting a national proposal to an international committee when the proposal could affect common rules (see Case C-45/07).

Due to some Member States’ opposition to grant the European Community the status as IMO observer, only the European Commission became an IMO observer in 1974 when it concluded a Cooperation Agreement with the IMO (cf. Article 66 of the IMO Convention). As observer, the Commission has the right to participate in the work of the IMO and its committees. However, unlike the Member States which enjoy full IMO membership, the Commission has no right to vote. Yet, this does not prevent the Commission from acting as the Union representative with reference to the sixth sentence of Article 17(1) TEU, which reads: ‘With the exception of the common foreign and security policy, and other cases provided for in the Treaties, it [the Commission] shall ensure the Union's external representation.’ Therefore, the Commission consistently strives to coordinate the Member States’ positions when EU external competence is involved and to ensure that the common position is presented in IMO committees on the EU’s behalf. However, Member States in practice occasionally depart from the common position.

The Commission’s action: The Commission wants the EU interest to be included and the Member States to be excluded

In the present case, the Marine Environment Protection Committee (‘MEPC’) of the IMO instructed the Intersessional Working Group on Reduction of GHG Emissions from Ships in 2019 to develop life cycle greenhouse gas (‘GHG’)/carbon intensity guidelines for all relevant types of fuels. In the same year, the Intersessional Working Group ‘invited interested Member States and international organizations to cooperate and submit proposals for draft guidelines on life cycle GHG/carbon intensity for all relevant types of fuels’ (para 29). The submissions were supposed to function as an inspiration for future guidelines on life cycle GHG/carbon intensity which the MEPC considered as a preparation for an implementation programme for effective uptake of alternative low-carbon and zero-carbon fuels. In response to the invitation, the Permanent Representatives Committee (Coreper) endorsed, on 5 February 2020, a submission on behalf of the Member States and the European Commission. This submission was transmitted to the Intersessional Working Group by the Presidency of the Council shortly after. In doing so, Coreper did not follow a suggestion by the Commission to submit a proposal for guidelines ‘by the Commission on behalf of the European Union’, thereby leaving the Member States out. In particular, the Commission considered that the area addressed by the proposal was covered to a large extent by common rules of the EU and that the EU, therefore, had the exclusive external competence under Article 3(2) TFEU (‘ERTA doctrine’). According to the Commission, a proposal ‘on behalf of the Member States’ could not sufficiently demonstrate that the Member States act in the Union interest.

A triviality? By no means! Although the submission did not constitute a binding decision establishing the positions to be adopted on the Union's behalf within the meaning of Article 218(9) TFEU, the present case concerns the fundamental issue of the discrepancies between the international legal order and the European Union legal order. In his Opinion, AG Szpunar, first, addressed the alleged infringement of Article 17(1) TEU, before turning to the question of the nature of EU competence regarding the proposal.

AG Szpunar tried to resolve the discrepancy between, on the one hand, the IMO rules, preventing the EU from directly participating in the IMO, and on the other hand, the internal rules in the Treaties on the division of external powers and their exercise, by referring to the case-law of the Court of Justice, according to which the Union must exercise its powers in observance of international law (para 64; see Antarctica Cases). The AG examined whether the disputed submission could have been transmitted as a Union act in line with the IMO rules, the Union being represented by the Commission (para 72 et seq). However, the AG denied the admissibility of such course of action by strictly limiting the right to participate in the IMO to the Commission as observer. In particular, he rejected the Commission’s argument that it can be inferred from the Lisbon Treaty, which provided for the substitution of the European Community by the EU, that the Commission’s status as observer means that the Commission acts as an organ of the EU and that, therefore, proposals in the name of the Commission can be considered as proposals of the EU (para 74 et seq). According to the AG, the invitation from the Intersessional Working Group to submit proposals did not extend to international organisations without any rights in the IMO. In fact, the invitation required the power to participate effectively in the Working Group, which the EU lacks (para 78).

Having denied the possibility of submitting the proposal on behalf of the EU, the wording of Article 17(1) TEU suggests that it is not applicable in the case that the EU cannot act on its own behalf (para 81 et seq). AG Szpunar pointed out that there is a significant difference between, on the one hand, the Member States acting in the Union interest, but in their own name, and, on the other hand, the Member States acting as representatives of the EU (cf. Article 7 of the Vienna Convention on the Law of Treaties) (para 84). When the Member States act in their own name, they are free to choose whom they want to entrust with transmitting the proposal (in the present case, the Presidency of the Council and not the Commission) (para 85).

The AG’s reasoning resembles the findings of the Court in the Antarctica Cases where the Court held that the EU did not enjoy a fully autonomous status in the Antarctic Treaty and that, therefore, it had to involve the Member States in submitting a proposal in the framework of the Canberra Convention. Yet, in contrast to the Antarctica Cases, AG Szpunar sought to restrict the scope of Member States’ action and not the exercise of EU external competence. The Court’s reasoning in the Antarctica Cases seems to evolve more and more into a generally applicable standard which does not seem to be restricted to specific cases with specific contexts (as was hoped for by many scholars). Arguably, it is also not restricted to favouring the Member States, but can also be applied in favour of the EU (cf. recently Opinion 1/19, where the risk of incurring international responsibility did not preclude the Union from exercising its competence without the consent of all Member States). The present case is based on the conflict between, on the one hand, the protection of the EU interest and, on the other hand, the obligation to exercise the EU external competences in observance of international law. Both principles govern the exercise of the EU external competences. The AG favoured the observance of international law over the protection of the EU interest (cf. para 92). Observing international law meant, therefore, that the proposal could not be submitted on behalf of the EU.

The AG suggested that determining whether the EU competence was exclusive or shared with the Member States was not important to decide whether the proposal could have been submitted by the EU itself (paras 50, 97). Therefore, it is not a question of competence to determine whether a proposal can be submitted on behalf of the EU. It is rather a question of labelling a submission to the Intersessional Working Group the right way as to reconcile the IMO rules and the rules of the Treaties. AG Szpunar denied an ‘ERTA effect’, anyway, as there was no risk of common rules being affected by the mere prospect that future guidelines could inspire the EU to amend the common rules (para 153 et seq). Neither did he assume an exclusive competence under the second part of Article 3(2) TFEU (para 158 et seq). Consequently, he rejected the Commission’s plea alleging breach of exclusive EU competence under Article 3(2) TFEU.

The AG’s conclusion: Rather let the Member States represent the EU interest than the Commission?

The AG implied that the Union has only shared competence in the area covered by the disputed submission, without explicitly stating the legal basis for this competence (para 164). In line with settled case-law, he concluded that the Union can exercise the shared competence alone (para 164; see C-600/14). However, and this seems rather puzzling, he explained that ‘the Commission’s weaker status compared to that of the EU Member States in the IMO constitutes an argument in favour of the participation of the Member States in the exercise of the Union’s external competence.’ (para 164). He explicitly referred to the Antarctica Cases where the Court held that the Union could not submit a proposal in the framework of the Canberra Convention without the Member States due to special obligations and responsibilities of some Member States as parties to the Antarctic Treaty. However, comparing the status of the Member States in the IMO with their status in the Antarctic Treaty seems questionable. In the Antarctica Cases, the EU had acceded to the Canberra Convention whereas it cannot become an IMO member. Furthermore, it could be argued that the Commission as such has no right to vote in the IMO and that, therefore, it is not able to exercise the EU competence alone in the IMO in the first place.