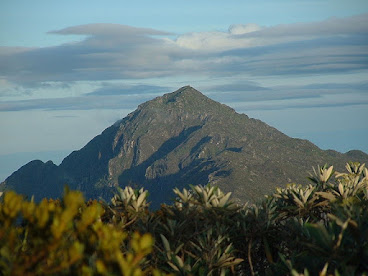 In its judgment of 22 June 2021 the Grand Chamber of the Court of Justice ruled that Venezuela has legal standing to challenge a series of EU restrictive measures provided that the rest of the conditions of Art. 263 (4) TFEU are fulfilled (for an earlier analysis on the judgment see here and here). The ruling is an important development: (a) in the context of challenges to restrictive measures before EU courts; (b) more broadly, in the context of EU procedural law since it settles the question of whether third States have legal standing to challenge acts before EU courts; and c) in the context of judicial review of international sanctions imposed against Venezuela (in December 2018 Venezuela launched a WTO complaint against similar US economic sanctions – which is still pending).

The case at hand is an appeal against the General Court’s judgment of 20 September 2019. The General Court held that Venezuela was not directly concerned by those measures, and thus, that it lacked standing under Art. 263(4) TFEU – without however addressing the question of whether Venezuela is a legal person within the meaning of the same provision.  By way of contrast, the Grand Chamber of the Court of Justice followed the Opinion of AG Hogan (for analysis, see here) – and concluded that Venezuela is a legal person within the meaning of Art. 263(4) TFEU and that it is directly concerned by the restrictive measures. On this basis, the Court of Justice referred the case back to the General Court for judgment on the merits.

The aim of this blogpost is: a) to briefly sketch out the Court’s line of argumentation and conclusions on (arguably) the most important aspect of the judgment, namely that of the legal personhood of third States within the meaning of Art. 263(4) TFEU; and b) to provide some remarks regarding the broader implications of the judgment.

Summary of the CJEU’s position regarding the legal personhood of third States within the meaning of Art. 263(4) TFEU

From the outset, the Court noted that the concept of a ‘legal person’ for the purposes of Art. 263(4) TFEU is an autonomous concept of EU law and that, therefore, in interpreting this provision not only the text, but also the context and its purpose must be taken into account (para. 42). Following a textual approach, the Court stressed that the wording of the provision suggests that no category of ‘legal persons’ is to be in principle excluded from bringing proceedings before EU courts (para. 43). On this basis, it was argued that the relevant concept should not be interpreted strictly (para. 44). In this respect, the Court recalled that, in accordance with its previous case-law on the matter, different types of entities such as local or regional entities (e.g. Nederlandse Antillen v Council); public entities (e.g. Deutsche Bahn and Others v Commission); or even organisations with no legal personality that have been subjected to restrictive measures (e.g. PKK and KNK v Council) may bring proceedings under Art. 263(4) TFEU (paras. 45-47).

Turning to a contextual and teleological interpretation of the provision, the Court considered that Art. 263(4) TFEU should be interpreted in the light of the EU’s values and principles governing its external action. According to the Court, the principle of effective judicial protection is an integral part of the rule of law. In turn, the rule of law constitutes one of the founding values of the Union as well as a guiding principle of its external action (Art. 21 TEU) including the CFSP (Art. 23 TEU) (paras. 48-49). On this basis, the Court concluded that interpreting Art. 263(4) TFEU “in the light of the principles of effective judicial review and the rule of law militates in favour of finding that a third State should have standing to bring proceedings, as a legal person,” – provided that the rest of the conditions set out therein are fulfilled (para. 50). The Court swiftly dismissed the argument to the effect that allowing third States standing before EU courts to challenge EU acts would risk compromising the reciprocity between the EU and third States – as there is no guarantee that the EU would be able to challenge similar national measures adopted by those States. According to the Court, the obligation of the EU to ensure respect for the rule of law cannot be made contingent on reciprocity (paras. 51-52). In this light, the Court concluded that Venezuela, as a State with international legal personhood must be regarded as a legal person within the meaning of Art. 263(4) TFEU.

Remarks on the Venezuela Judgment

The judgment is of particular importance since it finally settles the important procedural question of whether third States have legal standing to bring actions for annulment against restrictive measures. Although the General Court has accepted this possibility in the past, the context in which those rulings were made was not that of restrictive measures as is the present one (Cambodia and CRF v Commission, para. 51; Poland v Commission, paras. 51,52; Switzerland v Commission, para. 22). In the context of restrictive measures, the judgment attests to the growing willingness of the Court to allow the judicial review of those measures before EU courts. This line of case-law confirms that the Union’s commitment to the rule of law and to effective judicial protection extends to the CFSP (H v Council, para. 41; Bank Refah Kargaran v Council, para. 35). The ruling could have broader implications for the future of EU sanctions. First, it could pave the way for subsequent actions for damages brought by third States before EU courts. Secondly, it could have a chilling effect on the Council’s readiness to adopt restrictive measures in the future.

However, as AG Bot noted in Opinion 1/17 on CETA (para. 77), this principle pertains to the EU’s external treaty relations. Importantly, the question at bar does not relate to an international agreement concluded between a third State and the EU; rather, it concerns the issue of whether one State allows another State to bring suit before its domestic courts. This issue is not governed by public international law; as discussed earlier, comity is a domestic law doctrine under which deference is afforded to foreign states to bring suits before domestic courts as plaintiffs. Thus, the principle of reciprocity is not applicable in this context. The relevant jurisprudence of US courts shows that there are further reasons that militate against the extension of the principle of comity to the question of standing of third States to sue (Banco National de Cuba v Sabbatino judgment by the US Supreme Court, p. 376). First, refusal to allow suit on grounds of reciprocity would, in essence, preclude the judicial review of an act affecting the interests of a third State – thereby, making it impossible for a court to examine whether the dispute has been fairly resolved. Secondly, making standing contingent upon reciprocity would necessarily involve investigating the precise legal status of the EU before foreign courts – a task that would involve making difficult determinations about the formal structure of foreign judicial legal systems.

In a similar vein, the Court did not address the Commission’s argument to the effect that the definition of a ‘legal person’ within the meaning of Art. 263(4) TFEU and, hence, the question of third States’ access to EU courts depends on the nature of the acts carried out by that State (para. 37). The Commission relied on the distinction between acts carried out in a private capacity (acta jure gestionis) and acts carried out in the exercise of State sovereignty (acta jure imperii) and argued that, according to international law, a State cannot be subjected to the jurisdiction of another State in relation to acts carried out in a sovereign capacity – a corollary to the principle of sovereign equality of States (para. 37). It is worthwhile addressing this point briefly. This argument is erroneous to the extent that it is premised on the idea that the question at bar touches upon the issue of State immunity under public international law. More specifically, the distinction between acta jure gestionis and acta jure imperii is a distinction made for the purpose of delimiting the scope and limits of a State’s immunity from suit under public international law (ICJ, Jurisdictional Immunities of the State, para. 60). However, State immunity is an international law doctrine according to which a State cannot be sued before the courts of another sovereign State without its consent. As such, it does not imply that third States are barred themselves from appearing as claimants before foreign courts – as Art. 8 of the 2004 UN Convention on Jurisdictional Immunities of States and their Property makes abundantly clear, an issue which is a matter of domestic law.

Ultimately, the judgment is important for the EU’s external posture. By directly linking the question of access of third states to EU courts with the principles of effective judicial protection and the rule of law the judgment consolidates the image of the EU as a confident global actor with a distinct commitment to upholding its foundational values in shaping its relations with the outside world.