Advocate General Sharpston’s opinion on the lawfulness of ‘defeat devices’ in diesel motor vehicles (Case C-693/18, CLCV and Others) 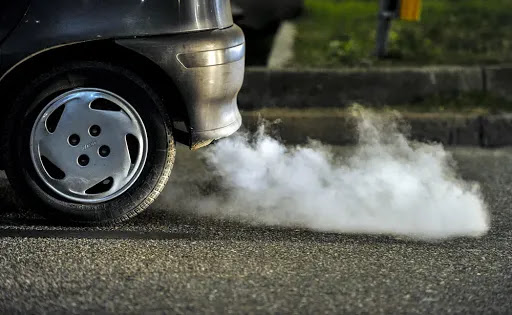 On 30 April 2020, Advocate General (AG) Sharpston delivered her opinion in the case of CLCV and Others (C-693/18). The case concerns the permissibility of so-called ‘defeat devices’ that reduce the effectiveness of emission control systems in motor vehicles. It is the first diesel emissions case to be decided by the CJEU, almost five years after it became public that certain car manufacturers allegedly distorted emissions tests carried out as part of the vehicle type-approval procedure.

The case concerns a judicial investigation into such conduct by the Parquet (Prosecutor’s Office) in Paris. The Vice-President of the Tribunal de Grande Instance (Regional Court) of Paris, who is in charge of overseeing the investigations, had doubts as to whether the vehicles in question were indeed in breach of the relevant rules of EU law, and referred the case to the CJEU for a preliminary ruling. In particular, the Court was asked for an interpretation of Regulation 715/2007, which governs the type-approval of light passenger and commercial vehicles with respect to emissions. In this regard, the CJEU has to clarify the meaning of the term ‘defeat device’ and the circumstances in which the use of such a device is permissible.

A ‘defeat device’ is defined in Article 3(10) of Regulation 715/2007 as any design element that senses physical parameters such as temperature or vehicle speed for the purpose of reducing the effectiveness of the emissions control system of a car under conditions which may reasonably be expected to be encountered during the normal operation and use of a vehicle. In this regard, the AG clarified in her opinion that the definition of a ‘defeat device’ not only covers technologies that mitigate emissions downstream, i.e. after their formation, but also strategies which already reduce the formation of emissions from the outset (para. 107). An example of such a technique is ‘exhaust gas recirculation’, where part of the exhaust gas is circulated back into the combustion chamber. This has the effect of reducing the formation of nitrogen oxides during the combustion process.

The AG then turned to the permissibility of such defeat devices. Article 5(2) of Regulation 715/2007 provides that ‘the use of defeat devices that reduce the effectiveness of emission control systems shall be prohibited’. However, the second sentence of Article 5(2) expressly provides that the prohibition ‘shall not apply’ under certain conditions, namely: (a) where the need for the device is justified in terms of protecting the engine against damage or accident and for safe operation of the vehicle; (b) when the device does not function beyond the requirements of engine starting; or (c) when the conditions are substantially included in the relevant emissions testing procedures. In these situations, the prohibition to use a defeat device does not apply, which means that such a device may be lawfully used.

In her opinion, AG Sharpston focuses on the exemption afforded by Article 5(2)(a) of Regulation 715/2007. The Regulation does not provide conclusive guidance as to the detailed circumstances in which the need for a defeat device is considered to be ‘justified in terms of protecting the engine against damage or accident’ and ‘for safe operation of the vehicle’.

The AG first recalled that according to the settled case-law of the CJEU, exemptions are generally to be interpreted strictly so that general rules are not stripped of their substance (para. 132). Indeed, the CJEU has often reiterated the principles that provisions of a legal act which derogate from a general principle established by that act must be interpreted restrictively, for instance in a 2004 judgment on the mutual recognition of driving licenses (para. 72) and in its 2018 judgment (discussed here) on the regulation of genome-edited organisms (para. 41). The AG also noted that such rules could not give rise to an interpretation which would go beyond the types of cases expressly envisaged by the provision in question (para. 132). Again, this represents settled case-law of the CJEU.

The Advocate General explained that the terms ‘damage’ and ‘accident’ are the decisive elements of the exception in Article 5(2)(a) of Regulation 715/2007. Both terms are separated by the disjunction ‘or’, which is commonly used to indicate that two or more terms are given as alternatives. Yet, AG Sharpston opted to conflate the meaning of both notions, assuming that both would only apply to protecting the engine against the occurrence of ‘immediate and sudden damage’ (para. 137). On that basis, the AG concluded that only an immediate risk of damage which affects the reliability of the engine and which leads to a concrete danger when driving the vehicle may justify the presence of a defeat device under Article 5(2)(a) of Regulation 715/2007. Measures to prevent accumulative damage, such as wear and tear, or a gradual soiling of the engine, are not – according to the AG – covered by the exemption. In the AG’s view, these are ‘ordinary and predictable’ effects of the normal use of the vehicle, which can be mitigated by regular, planned maintenance and which therefore could not constitute accidents, damage or threats to the safe operation of the vehicle which could justify the use of a defeat device (paras. 137-139).

On a closer look, this interpretation is highly questionable. Most critically, it ignores the inherent difference between the concepts of ‘accident’ and ‘damage’. An ‘accident’ is generally understood to mean an ‘unfortunate incident that happens by chance or unexpectedly, typically resulting in damage or injury’. Thus, an accident is commonly characterised by its ‘suddenness’. On the other hand, the notion of ‘damage’ more broadly denotes ‘physical injury that impairs the value or usefulness of a thing’. In contrast to an accident, damage need not occur suddenly or unexpectedly, but may also arise in the longer term. This is certainly true for the English language version of the Regulation, but it also applies to the corresponding terms ‘dégât’ in the French version and ‘Beschädigung’ in the German version of Article 5(2)(a) of Regulation 715/2007

Interestingly, the AG (implicitly) recognised this difference in the footnotes of her opinion, which expressly refer to the definitions of both terms in the French dictionary Le Petit Robert and the Oxford Dictionary of English (notes 48-50) which highlight the difference between ‘accident’ on the one hand and ‘damage’ on the other. Yet, in the main text the AG failed to take account of that difference, using the key characteristic of one alternative (namely, the ‘suddenness’ of an accident) to also define the other alternative (namely, ‘damage’). That outcome is evidently not in line with the natural meaning of the relevant terms and thus exceeds the customary rules of legal interpretation. It is trite that any schematic or teleological interpretation of terms of EU law must not go beyond the natural meaning of such terms. Thus, amalgamating the meaning of two terms which are expressly marked as alternatives is, in the authors’ view, illogical and legally impermissible.

Notably, AG Sharpston argued that her interpretation was supported by a teleological perspective, namely the Regulation’s aim of reducing vehicle emissions (para. 104 and 140, see Recital 6 to Regulation 715/2007). However, the recitals not only recognise the need to reduce vehicle emissions, but also the need to take account of the wider socio-economic implications of setting emissions standards, including for manufacturer’ competitiveness and the direct and indirect costs imposed on business (see Recital 7). The AG did not consider these aspects.

However, the European Union legislator clearly distinguishes in Article 5(2)(a) of Regulation 715/2007 between ‘damage’ on the one hand and ‘accident’ on the other. As such, the exemption covers both sudden (‘accident’) and non-sudden (‘damage’) events, including e.g. those cases where damage to the engine does not occur suddenly but rather due to accruing or accumulative effects.

In the end, it remains to be seen whether or not the CJEU will follow the AG’s interpretation of Article 5(2)(a) of Regulation 715/2007. In any event, while case C-693/18 is one of the last cases of Eleanor Sharpston’s illustrious career as Advocate General, it is certainly just the beginning of a series of ‘diesel’ cases to be ruled upon by the European Court.

*The firm is involved in the litigation, but the author is not involved in client work and comments are made in a purely personal capacity