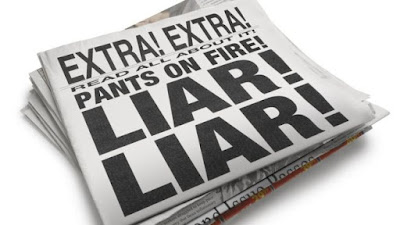 Political falsehoods predated the Internet – although it has helped to spread them. There are false claims from every party and every side of a debate – although sometimes more from some parties or sides than others. In particular, in the last week or so, a number of ministers have made a series of false or misleading claims about EU citizens in the UK. Since this seems to be a deliberate strategy, designed to suck up the vote of every last xenophobic voter in the forthcoming election, it’s worth a systematic rebuttal.

Although false claims about non-EU immigration are also made, the recent focus of ministers has been false or misleading statements about EU citizens in the context of EU membership. So I’ll focus my response on those statements. I’ve adapted some material from a briefing on this issue during the referendum.

I’ve used a question and answer format to keep this as comprehensible and non-technical as possible. The following is a discussion of the law, but it’s worth reading the report of the government’s own Migration Advisory Committee that debunks a number of false claims about the economics of migration from the EU.

It should be remembered throughout that EU free movement law is reciprocal – ie it applies also to UK citizens who move to the EU. The notion that all UK citizens could just move to the EU as non-EU citizens on the same basis they can now after Brexit, just by ‘filling out a form’, is absurd. I’ve debunked this nonsense in this Twitter thread.

Technicalities aside, the debate about migration is, for many of us, also a discussion about the life of our friends, colleagues and loved ones – many of whom have faced a lot of abuse and anxiety. Fibbing about them for political gain is beneath contempt.

A No. The EU has some laws on non-EU migration, but the UK has negotiated and used opt outs from most of those laws. In particular, the UK has opted out of being part of the borderless Schengen zone. This means that the UK can control its borders with the rest of the EU as regards non-EU citizens, applying its own law to admit them or to refuse them entry. So it’s false to say that the UK has ‘lost control of its borders’ as far as non-EU migration is concerned. It’s up to the UK either to set laws that would decrease non-EU migration or that would increase it.

A small minority of non-EU citizens in the UK are covered by EU law. First of all, non-EU family members of EU citizens are covered by EU free movement law. Secondly, the UK opted into the ‘first phase’ of EU asylum law, in 2003-05. These laws set minimum standards. The UK then opted out of most of the second phase asylum laws, except those on the ‘Dublin’ system of allocating responsibility for asylum applications between EU countries.

In any event, EU laws on non-EU migration don’t give unlimited entry to non-EU citizens – far from it. Many of them need a short-term visa to visit, must meet far more stringent criteria than under free movement law to reside, and can be detained or expelled. The notion that the EU has an open door to non-EU citizens will come as a cruel joke to those in refugee camps in the Middle East, or at the bottom of the Mediterranean.

Q Can EU citizens just show up and claim benefits?

A No. Free movement is not unlimited. The main law on the free movement of EU citizens – known as the ‘Citizens’ Directive’ – provides that EU citizens and their family members can move to another member state initially for a period of three months. But it also says explicitly that the EU citizen has no right to any social assistance benefits during this time. Indeed, the UK has removed EU job-seekers’ access to job-seekers’ allowance during the first three months of their stay. EU citizens who are working or self-employed are entitled to in-work benefits, on the same basis as UK citizens in the same situation.

After three months, the Citizens’ Directive says that EU citizens and their family members can stay subject to further conditions: they are either workers or self-employed; or have ‘sufficient resources’ not to burden the social assistance system, along with health insurance; or are students in a post-secondary institution, if they have health insurance and declare that they will not be a burden to the social assistance system. The EU court has confirmed that there is no right to stay just to obtain social assistance without ever working in the host country. It’s also confirmed the UK government’s refusal to pay child benefit or child tax credit to those who did not qualify to stay.

Q Can all EU citizens without a job be expelled after three or six months?

A Not automatically and immediately, but they can’t stay forever unless they qualify under EU free movement law, and they aren’t entitled to benefits. The Citizens’ Directive says that they can stay if they ‘can provide evidence that they are continuing to seek employment and that they have a genuine chance of being engaged’, but without a right to benefits while looking for work. Also, they must meet the criteria of self-sufficiency, otherwise they would not be entitled to stay after three months anyway. EU citizens can also stay after three months if they qualify on another ground, such as being a family member or self-sufficient.

A No. The Citizens’ Directive allows for expulsion, entry bans or refusal of entry for those who are a threat to ‘public policy, public security or public health’. So there's no unlimited movement of criminals. There are limits on Member States, however. Restrictions must be proportionate and ‘based exclusively on the personal conduct of the individual concerned’. People cannot be excluded on general preventive grounds, but on a case by case basis, after an assessment of their ‘personal conduct’ which ‘must represent a genuine, present and sufficiently serious threat affecting one of the fundamental interests of society’.

It was suggested during the referendum campaign that the EU court has prevented 50 EU criminals from being removed from the UK. This was completely false, as I explained in detail in the previous referendum briefing. It is also possible to expel EU citizens on grounds that they rely on social assistance, subject to the limits discussed in the previous answer.