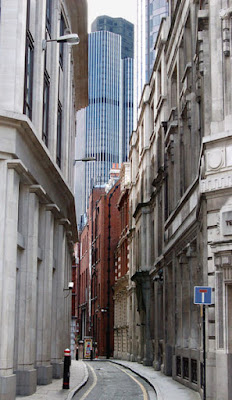 The Concept of a European Passport

Moreover, it should be emphasised that the equivalence regime enables third country financial services firms to provide investment services and activities only to eligible counterparties and professional clients. This means that, unlike the concept of a European passport, the equivalence regime does not apply to retail clients. What is more, the EC can revoke an equivalence decision at any time if divergences between a regulatory framework of a third country and the regulatory framework of the EU appear.

One could argue that in the event of a no-deal Brexit the equivalence regime would be more attractive for smaller financial services firms. As practice proves, multinational financial services behemoths, which have used Britain as the gateway to the single market, have already relocated to the EU 27 or are in the process of setting up offices there as part of their Brexit strategy.

As far as the resolution of disputes is concerned, third country financial services firms shall, before providing any services or activities to the EU-based clients, offer to submit any disputes relating to the aforementioned services or activities to the jurisdiction of a court or arbitral tribunal in one of the Member States (Article 46(6) of MiFIR). In other words, such firms shall offer a forum in the EU where their right to conduct litigation could be exercised. If Britain were to access the single market via the equivalence regime in the event of a no-deal Brexit, then the English courts would not have any jurisdiction over disputes relating to such services or activities. In practice, this would result in London facing a struggle to retain its position as a global centre for securities litigation.

Article 42 of MiFID II creates an exception to a Member State’s imposition of an authorisation requirement, which is enshrined in Article 39 of MiFID II, for a third country financial services firm where that firm provides investment services or activities at the exclusive initiative of a retail or professional client. The MiFID II Own Initiative Principle is coterminous with the reverse solicitation test. Compared to the equivalence regime, the MiFID II Own Initiative Principle applies to retail as well as professional clients. However, from a practical point of view, the MiFID II Own Initiative Principle does not seem to be useful for big financial services firms that intend to actively gain a market share. Furthermore, any marketing to EU-based clients triggers the EU rules for providing financial services and consequently the need for obtaining an EU licence.
Conclusion

M Lehmann and D A Zetzsche, Brexit and the Consequences for Commercial and Financial Relations between the EU and the UK, 20 September 2016. Available at: https://papers.ssrn.com/sol3/papers.cfm?abstract_id=2841333;
H Nemeczek and S Pitz, The Impact of Brexit on Cross-Border Business of UK Credit Institutions and Investment Firms with German Clients, 1 February 2017. Available at: https://ssrn.com/abstract=2948944;
The Economist, London’s reign as the world’s capital of capital is at risk, 29 June 2019. Available at: https://www.economist.com/finance-and-economics/2019/06/29/londons-reign-as-the-worlds-capital-of-capital-is-at-risk.