Who takes back control? Parliamentary prorogation in the courts 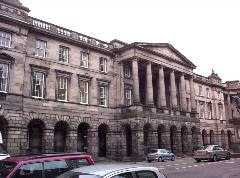 Lord Doherty, gave his eagerly anticipated judgment on Wednesday morning in the Outer House of the Court of Session. The judgment in Cherry [2019] CSOH 70 was a legal blow for the 79 petitioners and the wider Remain Alliance. Lord Doherty had been asked by the petitioners to rule on the legality or otherwise of Prime Minister Johnson's advice to the Queen to Prorogue Parliament sometime between the 9th and 12th of September. Lord Doherty roundly rejected the petitioner's pleas, holding that the decision to prorogue was an exercise of prerogative power that was non-justiciable, since it involved matters of high policy and political judgment.

It is supremely ironic that the Scottish court, at the heart of Remain Scotland, delivered a conservative judgment, albeit with a small c. However, the judgment was not altogether unsurprising. As I have argued previously, the main obstacle for the petitioners was the justiciability question (ie whether the issue should be decided by courts, or left to politics) and this is where the case fell. Lord Doherty inclined towards the traditional dichotomy between prerogative powers that are reviewable and those which are not ((R (Sandiford) v Secretary of State for Foreign and Commonwealth Affairs [2014] 1 WLR 2697, de Freitas v Benny [1976] AC 239 and the dicta of Lord Roskill in Council of the Civil Service Unions v Minister for the Civil Service [1985] AC 374 (the GCHQ case)).

Famously, Lord Roskill in the GCHQ case observed, obiter dicta, that certain executive powers were not amenable to judicial review. For the present case, the main executive power excluded from judicial review is the power to dissolve Parliament. Thus, according to Lord Doherty's view, decisions of a Prime Minister, or the wider Privy Council, to advise the Queen to prorogue Parliament are matters of high policy and involve highly politically sensitive assessments, decision making which is generally beyond the purview of the courts.

However, notwithstanding the terse rejection of their claim, the petitioners have indicated their intention to appeal. At first light, this may appear like clutching at straws, however, it is at least arguable that the original decision could be reversed. In these topsy-turvy times of Brexit, anything is indeed possible and perseverance has served the Good Law Project well during Brexit - the Wightman case (discussed here) was seen by some as a hopeless case without merit and yet they were fully vindicated at the European Court of Justice. In a similar vein, the Miller (No 1) case (Miller v S. of S. for Exiting the EU [2017] UKSC 5]) also confounded some experts with its surprising inroads into the exercise of royal prerogative.

For the petitioners, the need for prerogative powers to be subject to oversight, be it legislative or judicial, is absolutely fundamental to the proper functioning of the modern United Kingdom, a state governed by an overriding adherence to the rule of law (Teh Cheng Poh v Public Prosecutor [1980] AC 458, per Lord Diplock at p 473, as discussed by Lord Doherty at para. 6).

Nevertheless, it would be a mistake to simply assume that the judges' wariness of the exercise of prerogative power and its potential to be abused will translate, further up the court hierarchies in Scotland the rest of the UK, to a willingness to intervene in such affairs. Rather, Joanna Cherry, the other 78 petitioners and the Remain Alliance may face an uphill battle in reversing the traditional view of the royal prerogative espoused by Lord Doherty.

The GCHQ case was a watershed case, carving out exemptions to the absolutist view that any use of the royal prerogative was beyond the purview of the courts ((R (Bancoult (No 2)) v Secretary of State for Foreign and Commonwealth Affairs [2016] UKSC 35) as discussed here. However, the common law develops incrementally and carefully and it is still the case in the second decade of the 21st Century that the UK courts show a great deal of deference to the UK Executive and its prerogative powers. This judicial reasoning is not hard to fathom. Prerogative powers are the engine of Parliamentary democracy in the UK, even if they are anachronistic and diminishing in scope and number and as such they are still given a surprising degree of deference by the judiciary.

For example, in Shergill v Khaira [2014] UKSC 33, the UK Supreme Court opined that the courts would decline to interfere with prerogative powers in the domestic plane when the issues relate to the separation of powers and executive powers. Lord Reed, one of the dissenters in the Miller case, has some pronouncements that may provide a foretaste of the challenges that face the petitioners in Cherry.

For example, Lord Reed made much of the extant political accountability mechanisms that are integral to the UK constitution. He stated, at para. 240 of Miller, that the 'controls over the exercise of ministerial powers under the British constitution are not solely, or even primarily, of a legal character'. He went on to warn that:

For a court to proceed on the basis that if a prerogative power is capable of being exercised arbitrarily or perversely, it must necessarily be subject to judicial control, is to base legal doctrine on an assumption which is foreign to our constitutional traditions. It is important for courts to understand that the legalisation of political issues is not always constitutionally appropriate, and may be fraught with risk, not least for the judiciary.

His reason for judges exercising caution in this area is the well-established principles of Executive accountability to Parliament and Parliament's sovereignty, which includes Parliament's power to govern itself, free of outside influence and interference. Indeed, he stated, at p. 249

It is wrong to see this as a simple choice between Parliamentary sovereignty, exercised through legislation, and the “untrammelled” exercise of the prerogative by the Executive. Parliamentary sovereignty does not begin or end with the Tin Council principles. No less fundamental to our constitution is the principle of Parliamentary accountability. The Executive is accountable to Parliament for its exercise of the prerogative, including its actions in international law. That account is made through ordinary Parliamentary procedures. Subject to any specific statutory restrictions (such as under the Constitutional Reform and Governance Act 2010), they are a matter for Parliament alone. The courts may not inquire into the methods by which Parliament exercises control over the Executive, nor their adequacy."

It is a feature of the peculiarly British conception of the separation of powers that Parliament, the executive and the courts each have their distinct and largely exclusive domain. Parliament has a legally unchallengeable right to make whatever laws it thinks right. The executive carries on the administration of the country in accordance with the powers conferred on it by law. The courts interpret the laws, and see that they are obeyed. This requires the courts on occasion to step into the territory which belongs to the executive, not only to verify that the powers asserted accord with the substantive law created by Parliament, but also, that the manner in which they are exercised conforms with the standards of fairness which Parliament must have intended. Concurrently with this judicial function Parliament has its own special means of ensuring that the executive, in the exercise of delegated functions, performs in a way which Parliament finds appropriate. Ideally, it is these latter methods which should be used to check executive errors and excesses; for it is the task of Parliament and the executive in tandem, not of the courts, to govern the country …

These views accord closely with those of Lord Doherty. His view was that political not legal accountability is the proper approach and remedy for any alleged wrongdoing of Prime Minister Johnson in advising the Queen to prorogue Parliament. On such a view, Boris Johnson will be, in due course, held accountable by his Parliamentary colleagues and by the electorate at the ballot box.

In a perverse way, the fact that the case failed may help the petitioners in their bid to stop a No-Deal Brexit. The longer Boris Johnson continues with his No-Deal plan, the more he will face political and reputational consequences of his actions. The court case had one serious political consequence - the release of documentation undermining the Prime Minister's assertions as to when the decision to prorogue Parliament had been taken. This factor, more than the arcane legal arguments over the justiciability or otherwise of exercises in Royal Prerogative, may seal the fate of Boris Johnson.

The reluctance of judges to interfere with executive power is a high barrier to a successful outcome for the petitioners in Cherry. However, on appeal, the Inner House of the Court of Session might be convinced to go against the dissenting view of Lord Reed, one of the two Scottish judges in the Miller case, however it is a big ask, but not insurmountable. Alongside the ongoing Cherry case, south of the Scottish border, Gina Miller and and Sir John Major will have their day in court this week as well. They have engaged Lord Pannick QC to also seek a judicial review of the decision to prorogue in the English High Court, starting on Thursday the 6th of September. A day later, over in Belfast, Raymond Mccord, will start his action against prorogation, alleging that imposing a No-Deal Brexit on Northern Ireland will breach the Good Friday Agreement.

These three cases illustrate the strength of feeling against Boris Johnson's plans to prorogue Parliament and ensure a No-Deal Brexit. However, given his political defeats in the Commons this week, which mean laws attempting to stop No-Deal Brexit can progress through Parliament and an imminent general election looks to be ebbing away, the political arena seems to be a more fruitful area for challenging the Prime Minister than through the courts of the three jurisdictions of the UK.