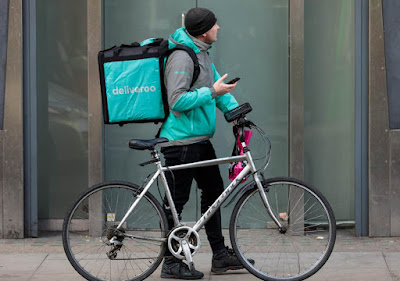 On 16 April 2019 the Commission launched the discussion on how to render decision-making process at EU level more efficient in the social field by activating the passerelle clauses and moving from unanimity to qualified majority voting (QMV) and from special to ordinary legislative procedure without undergoing an unwieldly process of Treaty reforms – although a unanimous vote of Member States is still necessary to approve this change.

The passerelle clauses are part of a number of ‘flexibility mechanisms’ introduced by the Lisbon Treaty that allow to simplify the decision-making process thereby enabling a more efficient exercise of EU competences where special legislative procedure and unanimity are maintained. The Lisbon Treaty provides for a general passerelle clause enshrined in Article 48(7) TEU that is applicable to all policy areas -with the exception of military or defence-related decisions-, as well as specific passerelle clauses that apply only in certain policy areas, namely, Article 32(3) TEU on Common Foreign and Security Policy, Article 82(3) TFEU on judicial cooperation in civil matters, Article 153(2) TFEU on social policy,  Article 192(2) TFEU on environmental policy and Article 312(2) TFEU on the Multiannual Financial Framework.

This Communication is the last of a series of four aiming at reviewing the passerelle clauses provided for the EU Treaties as envisioned by President Juncker in his 2018 State of the Union address. In September 2018, the Commission presented the first proposal on common foreign and security policy, followed by a communication in January 2019 on taxation. In April 2019, the Commission presented the last two proposals first on energy and climate and later on social policy. (None of these proposals has been followed up by the Member States yet).

In social policy, most areas where the EU has competence to act are already subject to QMV and ordinary legislative procedure, which has allowed for an expansion of the social acquis at the EU level over the years. Yet, a reduced but significant number of areas of social policy still require unanimity among EU Member States and a special legislative procedure. These areas include measures relating to the protection against dismissal, social representation and defence of workers’ and employer’s interests, conditions of employment for third-country legal residents, non-discrimination (based on gender, racial or ethnic origin, religion or belief, disability, age, and sexual orientation) and social security and social protection for workers outside cross-border situations.

The specific passerelle clause under Article 153(2) would allow for the transition of the first three areas, whereas the general passerelle could further be applied to the latter two. Differences remain between the general and specific passerelle clauses regarding the procedural requirements for their activation. In order to activate the general clause, the European Council has to take the initiative and indicate the precise envisaged change in the decision-making procedure and notify national parliaments, which have up to six months to object to the proposal. After that, the European Council may, by unanimity and once consent by the European Parliament has been obtained, adopt the decision authorising the Council to act by QMV or enabling the adoption of the corresponding measures by ordinary legislative procedure. This procedure allows also for the half-way activation of the clause where they move from unanimity to QMV while maintaining the special legislative procedure. The activation of the specific passerelle clause, differently, is ‘only’ subject to unanimous agreement in the Council on the basis of a proposal by the Commission and after consultation with the Parliament.

According to the Commission, other than the fact that these policy areas might have major implications on the financial equilibrium of the national welfare systems, a limitation specifically provided for in Article 153(4)TFEU, there is seemingly no logical reasons that explain why these fields remain subject to unanimity and special legislative procedure. Consequently, in December 2018 the Commission presented its roadmap for the proposal for more efficient law-making in social policy and opened the feedback period that collected 27 opinions from different stakeholders.

The Communication opens the debate on the enhanced use of QMV and ordinary legislative procedure with the aim of rendering the decision-making process more timely, flexible and efficient.

The Communication emphasizes that while the activation of the passerelle clause would change the decision-making method, it would not alter the overall EU legal framework and earmarked that EU measures are still subject to the principles of subsidiarity and proportionality, the limitations under the social policy title Article 153 TFEU regarding, inter alia, defining fundamental principles of social security or the specifically excluded areas of the right to association, the right to strike and the right to impose lockouts.

Further in the Communication, the Commission discusses the possibility of activating the passerelle clause in the five areas where unanimity and special legislative procedure is still required. Yet, the Commission concludes that only in two out of the five areas the activation of the would passerelle clause have an added value. Firstly, the Commission argues in favour of the use of the passerelle clause in the field of non-discrimination to facilitate equal protection against discrimination that guarantees an effective redress mechanism for all. Particularly, the Commission states that while there is certain level of protection for gender and racial discrimination in employment, equal treatment on the grounds of belief, disability, age and sexual orientation remains protected only in employment and occupation. The Commission considers necessary to address the inconsistent and incoherent EU legal framework where some individuals are better protected than others. (Note that a Commission proposal in this field from 2008 has not yet been agreed).

Nevertheless, as for the other three fields where unanimity and special legislative procedure is required, namely, protection against dismissals, employment conditions of third-country nationals and the representation and collective defence of the interests of workers and employers, the Commission does not see fit to activate the passerelle clause due to either the limitations envisioned in the Treaty, the sufficiency of the existing legislation or the strong links and diversity between national social protection systems.

The proposal put forward by the Commission should be given a cautious welcome. From a positive standpoint, the fact that most of social policy fields where the EU has competence require QMV and unanimity is required only in few domains leads to an uneven a fragmented development of the social acquis. Moving from unanimity to QMV in those limited areas allows for a swiftly and effective policy response in all areas of EU law and prevents one single Member State from vetoing social initiatives while still requiring a high degree of consensus. Secondly, transitioning to an ordinary legislative procedure allows for highlighting the role of the European Parliaments as a co-decision making. While the special legislative procedure relegates the role of the European Parliament to the subordinated position of a mere consultant, in ordinary legislative procedures the European Parliament becomes an equal to the Council and allows for a more democratic decision-making process where the direct beneficiaries are being represented. The activation of passerelle clauses in the social field would therefore not only avoid blockage by a single Member State, but also give the European Parliament a real co-legislator role. Considering the obstacles faced in the adoption of social policy legal instruments due to the lack of consensus in the Council, an active involvement of the usually more socially progressive European Parliament, is likely to free the decision-making process in social matters to a certain extent.

Yet, there are a number of points of concern. To begin with, the activation of the passerelle clause is only envisioned for two out of the five social policy areas that still require unanimity and the special legislative procedure. Moreover, these are the exact same two that cannot rely on the special passerelle clause under Article 153(2) but must be based on the general provision under Article 48(7) which, in turn, requires a much stricter procedural formula. On top of this, one of the two fields, namely social security and social protection of workers, is only contemplated with regard to the adoption of recommendations, thus disregarding the possibility to adopt binding instruments. This is particularly striking when considering the challenges faced recently by the Commission in the formulation of a measure for access to social protection of workers and self-employed, where the Commission inclined for a proposal for a recommendation due to the lack of political support to adopt a binding instrument by Member States.

The activation of the passerelle clause is clearly a positive development, yet, the fact that this is such a limited activation is highly regrettable. Continued fragmentation on social policy may moreover lead to the use of enhanced cooperation, where Member States might separately agree on social policy instruments for higher protection of their citizens. Yet, this will unquestionably result in a two-speed Europe between those Members within and out the enhanced cooperation framework.

The dynamism of the Commission in the context of the European Pillar of Social Rights provides the perfect platform to keep adapting, updating and adopting new social legislation at the EU level thus aligning EU law with the social priorities identified by Juncker’s Commission. If, and this is a big if, the discussion opened by the Commission leads to activating the passerelle clause (even if only limitedly), it will in all likelihood lead to new proposals by the Commission tackling non-discrimination in a more comprehensive manner that could be adopted in a more efficient manner. However, this will fundamentally depend on whether or not the next Commission resumes the enthusiastic social activism of the Juncker delegation.

Yet, if the Pillar is indeed the last chance for social Europe that many have claimed, this initiative represents a missed opportunity to render effectiveness in the decision-making process in social policy by closing the door to facilitating measures tackling clear gaps on the current EU legislation, most clearly with regard to protection against dismissals. It is equally regrettable the choice to limit the use of the passerelle clause to adopt a binding unified response to the inadequacies of our current social protection systems. In times of increased Euroscepticism and rising non-standard forms of employment, providing a response to concrete needs of citizens remains an imperative for future-proving the EU, therefore, it is in the best interest of the same to remove any obstructions of the use of Union competences that allow to move closer to an actual social market economy. At the very least, this initiative embodies the intention to partially unclog the ‘way’ when there is certain degree of ‘will’.