What do the 'no deal' notices tell us about Brexit and health? 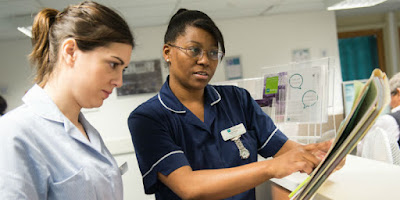 The clock ticks towards Brexit Day and time to devise an agreement dwindles. The odds on reaching one are said to be at 50:50. This means increased incentives for both the UK and the EU to set out exactly what the implications of the UK leaving the EU without a legally binding Withdrawal Agreement (‘no deal Brexit’) would be. The EU began doing this in January 2018, through a series of ‘Brexit preparedness notices’. The UK issued its equivalents in August.

Here we focus on the UK notices, with reference to their EU counterparts, considering their implications for the health sector.

Overall, the UK’s notices attempt to pursue two conflicting functions. This leads to a pervading sense of contradiction. On the one hand, they aim to assure and provide certainty. Simultaneously, however, they set out to paint a sufficiently bleak picture to seek to deter negotiators from such an outcome.

Indeed, contrary to the idea propagated by some ministers that defaulting to WTO rules would be favourable, each notice begins with a statement that the statements merely represent a responsible government prudently preparing for all eventualities in the context of otherwise promising negotiations.

The Secretary of State for Health and Social Care has taken this one step further by advising that the work already done gives a clear basis for the health sector “to plan so that patients can continue to receive high-quality care unhindered.”

Said planned actions outlined within the respective notices include:

-       Stockpiling a six-week supply of medicines to allow for delays as a result of e.g. border controls.
-       Setting up new national systems - e.g. a national portal to which regulatory information about human medicines and devices can be submitted directly.
-       Increasing the role of the Medicines and Healthcare products Regulatory Agency (MHRA), including in areas such as batch testing medicines and approval of paediatric and orphan medicines. This is to account for the cessation of European Medicine Agency (EMA) membership. Its details of this are to be subject to an autumn consultation.

These actions attempt to counter the systemic and regulatory black holes that would result from what the EU has described as a ‘cliff-edge scenario’.

Regulatory alignment - the solution in the EU (Withdrawal) Act 2018 - does not remove the need for contingency planning. For example, despite the UK’s plan to retain regulations on blood and blood product standards, to import into the UK, it will be necessary to show compliance with UK standards, which are to be a continuation of EU standards. But the systems by which such compliance is shown involve cooperation and mutual recognition, not unilateral behaviour.  Similarly, the UK government’s intentions to align with the 2019 Clinical Trials Regulation ‘wherever possible’ when it comes into force post-Brexit Day won’t prevent the UK’s exclusion from the new EU clinical trials database. (Indeed, the EU has advised that efforts have already begun to remove the UK from several existing databases once it exits the EU.) Every example where there are elements of reciprocity in EU-UK relations is similar. UK patients will be excluded from the EHIC scheme. The system of sharing information about medical professionals won’t apply any more, so the UK won’t be notified of concerns about EU-27 doctors working in the UK.

On a no-deal Brexit, the UK will be immediately excluded from EU decision-making processes. The UK will no longer be represented at committees which decide on safety of certain medical devices (including cardiac pacemakers and breast implants). It has already been excluded from some EMA processes, on the basis that the person chairing the EMA committee has to be present for the whole period of decision-making, and that’s not the case for the MHRA.

One of the EU’s strengths is in its collective decision-making powers, used to devise common regulations. Of course, no regulatory system is perfect, but on leaving the EU, the UK loses many of the trade-improving, burden-easing, and practice-refining benefits that come with economies of scale.

And, for the health sector, there are no clear counter-advantages. The EU regulations are a product of the member states’ views; the UK’s voice has been heard and expert research has been considered to create them. Thus, as highlighted by the UK’s notices, there is no clear motivation to do anything other than copy and paste them. But, as the EU has stated unambiguously, the UK’s fundamental change in status to a third country means that this will by no means equate to continuity.