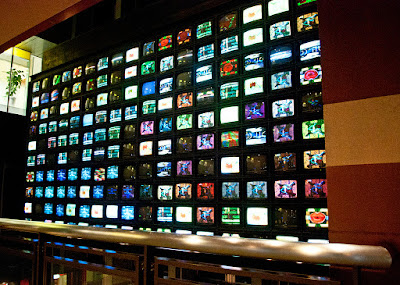 
The European Commission established ERGA, by a Decision in 2014, to facilitate the implementation of the Audiovisual Media Services Directive (AVMSD, or Directive 2010/13/EU) and thus further the internal market.  This seems to have been a development of the High Level Group of Regulatory Authorities, which was organised by the Commission (its inaugural meeting was 27 March 2003) and brought together the Member State authorities responsible for the enforcement in this field for twice yearly meetings. The aim was to reinforce cooperation between national regulatory authorities with the aim of ensuring the consistent application of the AVMSD.  It may be seen as forming part of a trend at EU level to create networks – even those involving Member State actors – to support or even intensify harmonisation. As such they may be part of a shift away from decentralised enforcement to a more centralised approach.  Such a development is by no means certain, but it suggests that discussions about the role and powers of any such body has a more than technical significance.


The Decision establishing ERGA described its tasks as:


(a) to advise and assist the Commission, in its work to ensure a consistent implementation in all Member States of the regulatory framework for audiovisual media services;


(c) to provide for an exchange of experience and good practice as to the application of regulatory framework for audiovisual media services;


ERGA’s establishment was thus not foreseen by the 2007 version of the AVMSD, and ERGA operated in addition to the Contact Committee that had been created by Article 29 of the directive.  Implicitly, this suggests that the Contact Committee was not sufficient in the Commission’s view for consistent and effective implementation of the AVMSD across the Member States. A European Parliament resolution from 2004 already ‘[r]egret[ed] that the Contact Committee established under the television without frontiers is mostly composed of representatives of the national government ministries and not by members of independent media regulatory authorities’.


In the eyes of some, the Contact Committee did not – as a matter of form – allow for the cooperation of the national regulatory authorities, as those regulators did not necessarily participate in the Contact Committee. That situation could adversely affect consistency in pan-EU application of the AVMSD and give rise to concerns about enforcement, especially in the cross-border context and the risks of an unequal playing field (as between the approaches of the various Member States). The introduction of another forum for experts to share experience also raises questions about the difference between ERGA and the Contact Committee (if any) and their respective roles – especially given that there is already a platform for media regulators (EPRA), albeit one that lies outside the EU framework.


Is the significance of the proposal an attempt to delineate between effective enforcement (which would fall to ERGA) and the development of policy (which is the responsibility of the more political body, the Contact Committee)? This point has indeed been made by the Chair of ERGA. Or is ERGA just ‘more European’ than the Contact Committee by virtue of its members’ independence from national political objectives, for example?  That ERGA is about more than effective enforcement finds some support in the report of EPRA which describes ERGA as holding ‘strategic EU policy-oriented discussions’ and ‘intend[ing] to adopt common positions or declarations on the implementation of the audiovisual EU regulatory framework’.


Moving to the directive, Art. 30A of the revised AVMSD (re-)establishes ERGA, a seemingly uncontroversial point from the Commission’s proposal which was unchanged through the legislative process. The Commission envisaged that ERGA would be composed of national ‘independent regulatory authorities’ in the field of audiovisual media services, thus linking this to the new provisions on the independent regulatory authorities introduced in Article 30 (containing provisions to ensure independence).  By contrast, the Contact Committee is ‘composed or representatives of the competent authorities of the Member States’ and is chaired by a Commission representative.  Apart from an attempt by the European Parliament to install 4 MEPs on the Contact Committee (unsuccessfully), this structure remained unchanged.  So while the Contact Committee may have representatives from the relevant national regulatory authorities, it may not in respect of all Member States.


The difference in membership is significant: the Commission’s proposal sought to ensure that it was the independent regulators, rather than Government ministers or senior civil servants, which participated in ERGA. The Commission here would no longer be controlling the meetings (as chair) but be ‘down-graded’ to participant.  This too is important in terms of ensuring that ERGA itself is independent from the Commission, as well as from Member States and commercial interests.  The wording has been amended slightly through the legislative process to include the reference to national regulatory authorities and/or bodies in the field of audiovisual media services.  This change may be semantic to reflect the actual nature of the relevant institutions, but arguably weakens the link to the independent regulators required by Article 30.  Insofar as this independence requirement might be seen as a fact making these regulators more EU focussed rather than open to national policy initiatives (as has been seen in other sectors, e.g. telecommunications), the change might be an attempt to limit the supranational element of the proposal. This is in contrast to the Contact Committee, which could well have (national) political undercurrents, given that its membership might include politicians and civil servants as well as or instead of technical experts.


The original Commission proposal more or less tracked the tasks ascribed to ERGA in its 2016 decision with the addition of the task of giving opinions, when so requested, ‘..on the issues envisaged in Articles 2(5b) [new provisions on allocation of jurisdiction], 6a(3) [co-regulatory systems and the development of Union codes of conduct], 9(2) [self/co-regulation in relation to food and drink that are high in salt, sugars or fat (HFSS)], 9(4) [sharing best practice/union codes of conduct in respect of HFSS foods and drink] and on any matter relating to audiovisual media services, in particular on the protection of minors and incitement to hatred’.  This may reflect the power of the Commission, under Article 3(1) of the Decision, to consult ERGA ‘on any matter relating to audiovisual media’ - wording that is reflected in the recitals to the AVMSD (recital 37). With the focus on new forms of governance, it could be said that the Commission envisaged ERGA as having a significant role that maybe went beyond the idea of enforcement alone, though the involvement in jurisdiction and anti-circumvention decisions is in itself important (though note that the database containing the details of which service provider is established where is the responsibility of the Commission rather than – as suggested by the Parliament in its AMD 52, the responsibility of the Commission and ERGA).


These provisions did not remain unchanged. The initial view of the European Parliament’s joint rapporteurs was that ERGA should remain a consultative body without decision-making power and that more competences should be given to the Contact Committee (with a revised constitution to include four MEPs). To this end, the Parliament proposed that the Contact Committee should be provided with relevant information as regards Article 3 [freedom of reception/derogation procedures], 4 [circumvention provisions] and 7 [accessibility provisions] – the first two points of which are now in the directive.


The Council’s view of ERGA’s role here was also more limited than the Commission’s proposal, though it seems that there were some differences in views between the Member States. Council amendments limited ERGA to giving technical advice – though what ‘technical’ in this context means is rather uncertain – does it relate to matters relating to technology (surely not) or instead advice in the practical implementation of the rules? It seems that general policy advice may lie outside ERGA’s competence, reflecting in broad terms the division of roles between ERGA and the Contact Committee. The Council proposals also resulted in the deletion of ERGA’s role in the reference to self and co-regulation in Article 9.  The Council also pushed back against the Commission’s control of ERGA in that the Commission proposal envisaged that the Commission was to be empowered to adopt ERGA’s rules of procedure.  According the Council’s view, this falls to ERGA itself.  Under the 2016 Decision, ERGA had a limited ability to raise issues. Article 2(2) provided that:


The chairperson of the group may advise the Commission to consult the group on a specific question.


This task does not appear in the list of tasks enumerated in the AVMSD – it is, perhaps, a reflection of the fact that ERGA does not or should not have a policy role.


In sum, ERGA is confirmed as part of the apparatus for consistent enforcement of the AVMSD.  While it may be the case that there is a distinction between the policy discussions and the coordination of enforcement, it seems that there have been different views within the institutions as to the role of ERGA and these might not go away on the coming into force of the revised AVMSD. While we wait to see how ERGA operates in practice and interacts with the Contact Committee it can be said that, on a sliding scale of pan-EU regulators ranging from EU agencies at the top to informal groupings at the bottom, the ERGA lies near the bottom with its narrowly drawn, technical advisory role.