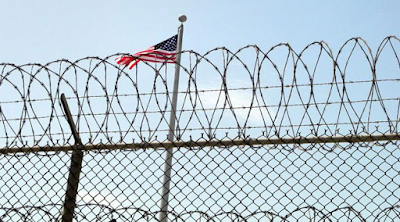 
Today's ECJ judgment in Pisciotti on the extradition of citizens of a different Member State to a non-EU country (in this case, the USA) adds to its case law in this area – and has some interesting implications for Brexit. The new ruling builds on the September 2016 Petruhhin judgment on extradition of the citizens of another Member State to Russia, which I discussed in detail here.


The case concerns an Italian citizen extradited to the USA after being arrested while in transit in Germany. Having pled guilty and served his sentence in the USA, he returned and sued for damages, arguing that Germany should have treated him the same as German citizens, who cannot be extradited outside of the EU.


Of course, it does not follow that such a challenge will succeed on the merits. After noting that the EU/US extradition treaty left it open to Member States to refuse to extradite their own citizens, the Court pointed out that extradition of citizens of other Member States has to comply with EU law, whether issues arose under an extradition treaty with the EU, with the Member State concerned, or pursuant to national constitutions. Next, the Court confirmed its prior ruling that while in principle citizens of another Member State must be treated the same as nationals of the State they are in, this does not extend to absolute equal treatment as regards refusal to extradite that State’s own citizens (a rule which many States apply to their own citizens, except within the European Union). That’s because it’s justified to derogate from the equality rule on the grounds of avoiding impunity for prosecution for criminal offences. (Note that while the latest case, and the first case, decided by the ECJ concern pending prosecutions, the intervening Schotthöfer case concerned a sentence for a criminal offence. The Court did not discuss the possibility of transferring that sentence).


This derogation is subject to the principle of proportionality. Again applying that rule, the Court ruled that this means that the Member State which the fugitive is a citizen of must also be contacted and be given the option to prosecute. The Court rejected objections of Member States to the Petruhhin ruling on this front, restating the priority given to prosecution by the EU citizen’s Member State of nationality – if that State has jurisdiction to prosecute. (The position of dual citizens of two Member States – or of a Member State and a non-EU country – hasn’t been addressed yet). Presumably where a sentence has already been handed down, the Member State of nationality should be given, by analogy, the opportunity to transfer the sentence under the relevant international treaty (assuming that the Court did not intend Schotthöfer to rule out sentence transfers entirely).


After Brexit day, there are two periods to consider as regards extradition between the UK and the EU. First of all, the European Arrest Warrant law will apply during the transition period, but the EU27 position is that some Member States want to refuse extradition of their own citizens for constitutional reasons (see Article 168 of the latest draft of the withdrawal agreement, which is not yet fully agreed). It might be arguable whether this line of case law on extradition to non-EU countries also applies; perhaps the withdrawal agreement (or at least a declaration to it) should address this. At the end of the transition period, the validity of outstanding European Arrest Warrants issued before that date is governed by Article 58 of the draft agreement, although that text has not been agreed yet either.


After the transition period ends – unless it is somehow extended – then either the UK and EU will fall back on general extradition law, or conclude a new treaty dealing with these issues. The UK government prefers the latter option, and I have discussed this idea here. Again the question will arise whether this case law on non-EU countries will apply, and that question will arise under either scenario. In today’s judgment, the Court of Justice analysed the text of the EU/US extradition treaty, and it would equally have jurisdiction to rule (for the EU side) on how to interpret any EU/UK treaty; but note that it said such treaties have to give way to the application of primary EU law (the Treaties) in any event. So the Court’s approach – give a Member State the possibility of prosecuting its own nationals first, where it has jurisdiction – will necessarily limit extradition to the UK after the end of the transition period.


Although today's ruling did not mention human rights, presumably because Mr Pisciotti had already served his sentence in the USA without any reported allegation of human rights concerns, the ECJ's earlier ruling in Petruhhin said the risks of torture or other inhuman or degrading treatment in Russia had to be considered pursuant to the EU Charter of Fundamental Rights, taking account of the relevant ECJ and ECHR case law. Subsequently, the ECJ ruling in Schotthöfer said extradition to face the death penalty in a non-EU country is ruled out. These limitations to extradition on human rights grounds will be relevant to any non-EU country; let us hope that there is never any reason for a genuine concern as regards the UK on these grounds after Brexit.


*Disclosure: I am a special adviser to the House of Lords EU Committee on an inquiry into a future EU/UK security treaty. The comments in this blog post are purely personal.