What’s next for acquired rights of EU27 and UK citizens? Anticipating the draft Brexit withdrawal agreement 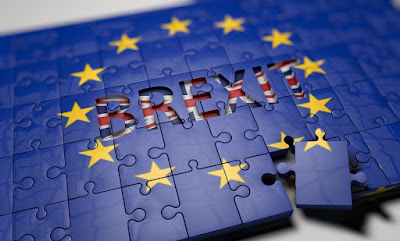 
*Text based on my presentation to the European Parliament, 1 February 2018


While attention during the Brexit talks has been focussed on the two sides’ negotiation positions, and on the measure of agreement reached so far (notably the December joint report, discussed further here), in the long term the most important text on EU and UK citizens’ acquired rights after Brexit will be the withdrawal agreement itself – assuming it is agreed and ratified. Once a draft withdrawal agreement is produced (which is reportedly likely soon) we can offer a ‘running commentary’ on it, but in the meantime here are some thoughts about what to look for.


First of all, there are a number of substantive points which are unclear or left for future discussion in the joint report. Most notably, the joint technical note agreed in December refers to further discussion on: the further free movement rights of UK citizens living in the EU27; the recognition of post-Brexit qualifications; future healthcare arrangements (such as the EHIC card for UK citizens who visit the EU after Brexit, and vice versa); lawyers practicing under home state title; and posted workers.


The joint report is unclear as regards the personal scope of the agreement, in particular those who have moved to another Member State and returned to their Member State of nationality (for instance, UK citizens who moved from the UK to Ireland and back, or Dutch citizens who moved to the UK then back to the Netherlands), and those who have rights based on EU citizenship as distinct from free movement (UK citizen children with a non-EU parent; or EU27 citizens elected to local government before Brexit day, and their UK counterparts in EU27 states).


Some crucial points are referred to only vaguely. For instance, many UK commitments (waiving the obligation to have CSI, or comprehensive sickness insurance, among others), are addressed by cross-reference to a UK government document. But if this document is not made legally binding, the UK’s commitments cannot be ensured. The UK quite rightly wants commitments about its future relationship with the EU to be drawn up and linked to the withdrawal agreement; the same should apply to future treatment of EU27 citizens in the UK. In either case, such a legal link would respect the obligation in Article 50 TEU to take account of the ‘future framework’ for UK/EU relations. Furthermore, in light of questionable UK intentions regarding protection of EU27 citizens’ personal data, the withdrawal agreement should contain special safeguards ensuring the application of EU law on this issue.


Secondly, there are issues of enforcement. The joint report includes agreement on issues relating to courts and the legal effect of the rules, but expressly leaves open for further discussion the role of the ‘independent national authority’ designed to form part of the process of securing EU27 citizens’ acquired rights in the UK. It will have a role ‘monitoring’ those rights, but what does this mean exactly?


There are three key issues here: the body’s independence, powers and resources. Whatever powers it has, its independence is crucial: this body should not be a sinecure for dodgy donors or controversialist cabinet cronies (cf the botched appointment of Toby Young to the university regulator).  The appointees need both genuine expertise in the field and detachment from the government.  Perhaps the best way forward is to define the required ‘independence’ by reference to the CJEU case law on the very strong degree of independence required of data protection authorities.


This brings us neatly to the issue of powers. There are several possible models for the powers which such an authority might wield. One is the EU Commission model, already copied for other non-EU states by the EFTA Surveillance Authority. Among its other tasks, the Commission can receive complaints about botched application of EU law by Member States. It then enters into a dialogue with them and, if it decides it is necessary and merited, brings an infringement proceeding before the EU courts to determine if the complaint is well-founded. If the Member State arguably fails to apply the first binding judgment, the Commission can sue it again, asking the CJEU to impose a fine upon that Member State to sanction it for prior and continuing non-compliance with the first judgment. However, the Commission has political discretion as regards this procedure: for instance, it has not pressed forward with a complaint that the UK has wrongly applied the CSI requirement for EU27 citizens in the UK.


Another model is that of data protection authorities (DPAs), whose current powers will be bolstered by the new General Data Protection Regulation, which must be applied by May this year. Among other powers, DPAs can not only receive complaints from individuals but act on them directly, deciding if governments or private companies have violated data protection law and ordering a remedy. If the complainant thinks the DPA hasn’t acted properly on the complaint, he can challenge them in court (for example, see Schrems I). So can the government or company which is found by a DPA to have breached data protection law (for example, see Google Spain).


Furthermore, another possibility is that of an ombudsman, who can hear complaints from individuals and enter into dialogue with the authorities, but without powers to make decisions or bring court challenges. A stronger variant of this is an equality or human rights commission, which can in some cases go to court on behalf of an individual complainant or seek more general judicial review of changes in national law. This is quite similar to the EU Commission model, and indeed such bodies already exist in the UK.


This latter possibility brings us to the third issue – that of resources. There’s been a huge cut in funding to and staffing of the UK’s Equality and Human Rights Commission, so it could not adequately deal with an important new task like defending the rights of EU27 citizens without these changes being partially reversed, in particular allowing for the hiring of new staff with expertise in this field.


These issues aren’t just relevant to the protection of UK citizens’ rights in the EU27. The joint report assumes that the Commission will monitor the rights of UK citizens in the EU27 in conformity with EU law, but in practice the Commission rarely sues Member States for their misapplication of EU treaties with non-EU countries, and as noted already, the case law gives the Commission political discretion in this area. The joint report expects the UK to change its law to ensure protection of EU27 citizens’ acquired rights, and what’s sauce for the goose is sauce for the gander. So the withdrawal agreement should also allow for judicial review of Commission decisions on complaints by UK citizens about EU27 governments applying the withdrawal agreement. This would not change the ‘essential character’ of the Commission’s powers (a rule stemming from CJEU external relations case law), since similar review is possible as regards Commission decisions not to pursue (for instance) state aid or competition law complaints.


Yet there’s another dimension to the issue of enforcement. What if the complaints against the UK or an EU27 government fail in the courts, but there is still concern that the withdrawal agreement is being breached? In that case the issue could be addressed pursuant to the ‘governance’ provisions of the withdrawal agreement, which have yet to be agreed. Whatever the mechanics of dispute settlement, however, the role of the individual will be an issue. Will the individual have the right to make a complaint to the EU Commission or the UK government about violation of the treaty by the other side? (WTO law does allow companies to initiate comparable complaints to governments about international trade rules). If so, what happens next? Can a refusal to act, or a settlement, be challenged? Does the complainant have any right to know about what then happens during the dispute settlement process?


The issues of EU27 and UK citizens’ acquired rights may end up being overlooked by disputes over the Irish border – where the text of the political fudge in the joint report is difficult for lawyers to look at. But these issues are nevertheless central to the day-to-day lives of the millions who moved before Brexit day, and cannot simply be forgotten.