Towards a European Monetary Fund: Comments on the Commission’s Proposal 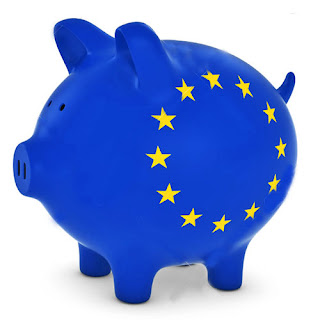 On 6 December, the European Commission presented a package of proposals on the further integration of the Eurozone. This was the first effort of European institutions to put on paper the rules that could shape post-crisis EMU, an issue that took centre stage in European politics after Macron’s election in France and will probably receive a new impetus after the formation of the new government in Germany. The most important part in Commission’s package is the proposal to bring the European Stability Mechanism (ESM) within the EU framework. The ESM, Europe’s main financial assistance mechanism, was set up in 2012 by an international treaty between Eurozone Members. For various reasons, legal and political, it was established as an organization of public international law, outside the EU. The Commission now proposes that the Council adopts a Regulation to make the ESM “a unique legal entity under Union law”, change its name, and add few more tasks to its mandate. Annexed to the proposed Council Regulation is a Statute governing the new body that is largely (but not entirely) based on the current ESM Treaty (ESMT).


The proposed Regulation starts with a marketing exercise, rebranding the ESM as EMF (European Monetary Fund). The name EMF was popularised by academics at the beginning of the crisis as part of the call to establish a European assistance mechanism, a suggestion that was practically largely realized with the establishment of the ESM in 2012. The name EMF remained, however, in the agenda of policy-makers as a symbol of Europe eventually getting its own regional equivalent of the IMF – and becoming less dependent on the latter in future crises. The Commission takes on board the widespread charm of the name EMF – but this is not a choice without its problems.


The new name, having “monetary” at its centre, alludes to the monetary tasks within the EMU that the TFEU (and the CJEU in Pringle) clearly distinguishes from economic policies and ascribes exclusively to the ECB. Quite expectedly, the body with the closest name to EMF in European institutional history was the European Monetary Cooperation Fund (EMCF), established by Regulation (EEC) No 907/73 with monetary-related tasks. Even if one admits the allure of IMF’s acronym, two things need to be reminded of. First, the original name under which the IMF itself was conceived was “International Stabilization Fund” (ISF). The reason for ultimately adopting IMF instead of ISF was United Kingdom’s (and JM Keynes’) insistence that the word “stabilization” alluded to the stabilization funds of the past, used to influence currency exchange rates and connected to unpleasant British experiences of keeping the pound pegged to the international gold standard. Such connotations are not of contemporary concern.


Second, the IMF, which has access to financial resources through the central bank reserves of its members, has closer connection with proper monetary authorities than the ESM, which is financed by issuing bonds in capital markets. The establishment of the European Financial Stabilisation Mechanism (EFSM) by the EU in 2010, a body within the EU framework and very similar function with the EMF, attests to the view that the words “Stability” or “Stabilization” are accurate descriptors of the function of the future EU financial assistance mechanism. ESF (European Stability Fund) could thus be a plausible alternative to EMF.


The Commission rebrands the ESM to mirror the IMF’s name, but it is much more hesitant to give the new body real IMF-like teeth. There is one single concept that made the Washington-based prototype famous: conditionality. That is, the power to set and monitor the conditions under which countries can access IMF resources. In Commission’s proposal, though, conditionality is not a job for the EMF but mainly for the Commission itself.


The no-bailout clause and conditions for assistance


Considering that ESM assistance could be seen as indirectly amounting to an assumption of commitments, the Member States thought necessary in 2011 to introduce Art. 136(3) in the TFEU. According to this provision, “[t]he Member States whose currency is the euro may establish a stability mechanism to be activated if indispensable to safeguard the stability of the euro area as a whole. The granting of any required financial assistance under the mechanism will be made subject to strict conditionality”. Drafted with the ESM in mind, Art. 136(3) TFEU only refers to the establishment of a fund by Member States and not by the EU. It thus “clarifies” only the second sentence of Art. 125(1) TFEU.


Does that mean that establishing the EMF as an EU body contravenes Art. 125(1) first sentence TFEU? The answer is no. In Pringle, the CJEU adopted an interpretation of Art. 125(1) TFEU that allows financial assistance if it is indispensable for the stability of the Eurozone and is coupled with “strict conditionality”. Although in Pringle the Court was called to interpret the second sentence of Art. 125(1) TFEU, that is directed to the Member States, the first sentence, which will be relevant for the EMF, should be read in the same way: a Fund established by the EU that meets Pringle-conditions is compatible with Art. 125(1) TFEU.


This change needs to be assessed in light of the judgment of the CJEU in Pringle and the spirit of Art. 136(3) TFEU. In paras 136 and 142 of Pringle, the Court follows para. 5 of the ECB Opinion on the draft amendment to Art. 136 TFEU, presenting as condition of financial assistance that such assistance is indispensable for the euro area’s stability. Moreover, Art. 136(3) TFEU, although not directly applicable to the Regulation proposal because EMF will be a Union body, expresses the same central idea: an assistance mechanism may be established with the objective to offer assistance “if indispensable to safeguard the stability of the euro area as a whole.”


Control by the Council and the European Parliament


Under the proposal, the EMF is a “unique body of EU law”, independent, and governed by its own Board of Governors and Board of Directors. In order to be compatible with the Meroni principle (the EU law principle which limits the delegation of powers), Art. 3(1) of the proposed Regulation requires that the Council is responsible for approving a series of important decisions of the EMF Board of Governors and Board of Directors. The Council approves these decisions following the qualified majority rules provided in Art. 238(3) TFEU.


This arrangement creates two complications. First, the majority required for Council approval is different from that envisaged in Art. 4 EMF Statute both in terms of the necessary thresholds and the basis for their calculation. Art. 238(3) TFEU requires 55% of the members of the Council representing the participating Member States, comprising at least 65% of the population of these States while Art. 4 EMF Statute requires 85% of voting rights that are equal to the number of share allocated to it in the authorised capital stock of the EMF. It is thus legally possible that a decision that has the support of 85% of voting rights/shares is not backed by the minimum of 11 Member States required in the Council. Second, the Council approval makes the Council, an institution of the whole of the EU, responsible (also judicially) for the decisions of the EMF, a body of the euro area.


Moreover, the proposed Regulation claims to make the EMF accountable to the European Parliament. The EMF is required to submit reports, respond to oral and written questions, and accept invitations to its Managing Director. There are two difficulties with such an accountability scheme. First, these are only reporting obligations and do not allow the Parliament any influence in the actual decision-making of the EMF. Second, the European Parliament may not be an adequate forum for EMF accountability purposes in the first place. Members of the EMF are only euro area Members, but in the European Parliament and the Council all EU Member States are being given seats, not only those that have adopted the euro. The EMF is thus made accountable to institutions with a different composition than the Members that provide for its capital.


The Commission suggests as legal basis of the proposed EMF Regulation the flexibility clause of Art. 352 TFEU. Art. 352 TFEU allows the Council to adopt measures when Union action is necessary to attain one of the objectives set out in the Treaties and the Treaties have not provided the necessary powers in other provisions. The latter condition is easily met in this case. In Pringle, the CJEU ruled that the Treaties, and Articles 2(3), 5(1), 122(2), and 143(2) TFEU in particular, do not contain an appropriate legal basis for the establishment of a stability mechanism. Moreover, the objective of the EMF, namely to ensure the financial stability of the euro area, does fall within the Union objective to establish an economic and monetary union.


The critical question for the applicability of Art. 352 TFEU is whether the establishment of the EMF is also “necessary” to attain those objectives. Here, the picture gets more complicated. Since the establishment of the ESM in 2012, the Eurozone disposes of a financial assistance mechanism to assist Members in distress and to safeguard Eurozone stability. That might mean that the establishment of the EMF by means of a Regulation is not any more necessary. In order to satisfy Art. 352 TFEU, what needs to pass the necessity test is not the existence of an assistance fund – such a fund already exists; it is rather the integration of the fund in the EU framework that the Commission must prove to be necessary. This is a more difficult test for the EMF proposal.


A final issue with regard to Art. 352 TFEU has to do with the extension of Union competences. In its Opinion 2/94, the CJEU has ruled that Art 352 TFEU “cannot serve as a basis for widening the scope of [Union] powers beyond the general framework created by the provisions of the Treaty as a whole and, in particular, by those that define the tasks and the activities of the [Union].” The question in this context is whether a future EMF – a Union body – that employs “strict conditionality” to its funding programmes goes beyond the allocation of powers the Union, which in the field of economic policy has simply coordinating competences. The Eurozone experience shows that this is possible. The macroeconomic conditions that have been tied to financial-assistance packages since the beginning of the crisis seem to go beyond coordination in intensity and beyond EU competences in breadth. As long as ESM was an intergovernmental organization this did not pose such critical competences question – although it has been raised with regard to the Two Pack reforms. This critical question, which goes directly into the question of the extent to which the Treaties allow a real economic Union, will need to be revisited if the EMF plans succeed.