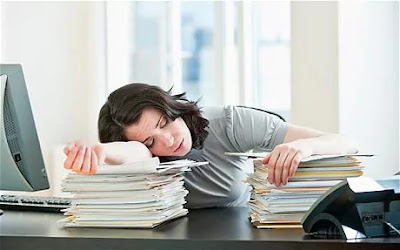 Parallel reports in the Sunday Times and the Sun suggest that the government is planning to scrap the EU working time Directive in the UK as soon as it can after Brexit takes effect. This violates the government’s previous pledges and is justified by highly misleading claims in The Sun.

First of all, it violates a clear pledge that Theresa May made regarding workers’ rights in her Lancaster House speech setting out her Brexit policy.  Point 7 reads:

…a fairer Britain is a country that protects and enhances the rights that people have at work. That is why, as we translate the body of European law into our domestic regulations, we will ensure that workers rights are fully protected and maintained.

Indeed, under my leadership, not only will the Government protect the rights of workers set out in European legislation, we will build on them

Secondly, it seems that this plan might be accompanied by a misleading attempt to suggest that it makes workers better off. According to the Sun headline, scrapping the Directive will allow more workers to claim overtime: “British workers set for post-Brexit overtime boom as ministers plot to scrap EU limits”.

More precisely, the article claims: “The Tories won an opt-out in 1993 but Labour MEPs voted to end the UK’s right to break the limit in 2003.” The first part of this sentence is accurate: the original Directive (amended to apply to more workers in 2000, then codified in 2003) gives each Member State the option to let workers decide to opt out individually of the usual average limit of 48 working hours a week, on the condition that they are not subject to any ‘detriment’ by the employer if they opt not to do so (see Article 22 of the 2003 version). Indeed, a study by Barnard, Deakin and Hobbs showed that as a result, the Directive had little impact on the UK’s long working hours.

However, the second part of the sentence is highly misleading. Along with the rest of the article, it gives the reader the impression that each worker’s individual opt out to work over 48 hours a week on average no longer exists. This is not true: a 2004 proposal to amend the Directive to (among other things) limit use of the opt-out failed in 2009 due to disagreements between the European Parliament and the EU Council. Employers and unions then failed to agree on amendments in 2013.

This continued use of the overtime opt-out is confirmed by a report on the Directive from the EU Commission earlier this year: 18 Member States use this option, and the UK is one of six Member States which allow workers in every sector of employment to choose to work extra hours. You can find the option in the UK’s Working Time Regulations, which transpose the Directive into UK law (it’s Regulation 5). In practical terms, a recent TUC analysis estimates that over 3 million UK workers work over the 48-hour average limit. Moreover, contrary to the implied promise of extra pay in the Sun article, many of those additional working hours are unpaid.

Thirdly, not only does the Directive not prevent workers from earning overtime pay if they choose to (assuming their employer pays them extra for those additional hours), it guarantees them important rights too. Daily working hours are limited to a maximum of 13; there must be a rest break if the working day is longer than 6 hours; workers must get at least one day off a week; and there are guarantees for night workers. There’s no possibility of opting out of these rights for workers, but there is a lot of flexibility for Member States or employers, for instance to exempt certain jobs from these guarantees or to calculate the limits over a longer period, to take account of (say) longer shopping hours in the weeks before Christmas.

Most notably, the Directive guarantees four weeks’ paid holiday every year, with no opt-outs or exceptions. It’s sometimes argued that the Directive added nothing to pre-existing UK law, but the case law on the holiday pay clause in the Directive suggests otherwise. The cases that went from the UK courts to the ECJ on holiday pay established that: fixed-term workers have a right to pro-rata holiday pay; employers couldn’t in effect reduce holiday pay by ‘rolling it up’ in each pay packet across the year; workers paid partly or wholly on commission must receive holiday pay that takes account of their average commission; holiday pay must take account of extra allowances regularly paid to workers; workers who missed holiday pay due to long-term sickness can claim that pay later, subject to time limits; but ‘gig economy’ workers who had been wrongly classified as ‘self-employed’ could claim such accrued holiday pay without any time limit.

Put simply, far from increasing workers’ pay, scrapping the working time Directive would reduce that pay for many of them. It’s unfortunate that while most journalists aim to speak truth to power, some seem content to mislead on its behalf.

If the mooted plans go ahead, this would prove that the Conservative party’s pledge to retain all workers’ rights derived from EU law was worthless. Perhaps the government’s reported lack of integrity is unsurprising, in light of Theresa May’s promise that there would be no early election. But breaking that promise ultimately only made her own working conditions worse; breaking her promise on workers’ rights will make those conditions worse for millions of others.