Who’s responsible for what happens on Facebook? Analysis of a new ECJ opinion 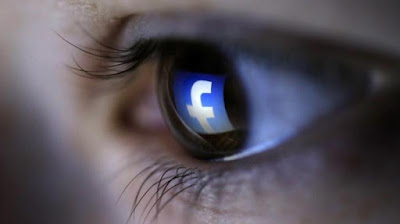 Who is responsible for data protection law compliance on Facebook fan sites? That issue is analysed in a recent opinion of an ECJ Advocate-General, in the case of Wirtschaftsakademie (full title: Unabhängiges Landeszentrum für Datenschutz Schleswig-Holstein v Wirtschaftsakademie Schleswig-Holstein GmbH, in the presence of Facebook Ireland Ltd, Vertreter des Bundesinteresses beim Bundesverwaltungsgericht).

This case is one more in a line of cases dealing specifically with the jurisdiction of national data protection supervisory authorities, a line of reasoning which seems to operate separately from the Brussels I Recast Regulation, which concerns jurisdiction of courts over civil and commercial disputes.  While this is an Advocate-General’s opinion, and therefore not binding on the Court, if followed by the Court it would consolidates the Court’s prior broad interpretation of the Data Protection Directive.  While this might be the headline, it is worth considering a perhaps overlooked element of the data-economy: the role of the content provider in providing individuals whose data is harvested.

Wirtschaftsakademie set up a ‘fan page’ on Facebook.  The data protection authority in Schleswig-Holstein sought the deactivation of the fan page on the basis that visitors to the fan page were not warned that their personal data would be collected by the by means of cookies placed on the visitor’s hard disk. The purpose of that data collection was twofold: to compile viewing statistics for the administrator of the fan page; and to enable Facebook to target advertisements at each visitor by tracking the visitors’ web browsing habits, otherwise known as behavioural advertising.  Such activity must comply with the Data Protection Directive (DPD) (as implemented in the various Member States).  While the content attracting visitors was that of Wirtshaftsakademie, it relied on Facebook for data collection and analysis. It is here that a number of preliminary questions arise:

-          Who is the controller for the purposes of the data protection regime;
-          Which is the applicable national law; and
-          The scope of the national supervisory authority’s regulatory competence?

Inasmuch as he agrees to the means and purposes of the processing of personal data, as predefined by Facebook, a fan page administrator must be regarded as having participated in the determination of those means and purposes. [para 56]

Advocate General Bot further suggested that the use of the various filters included in the analytical tools provided meant that the user had a direct impact on how data was processed by Facebook. To similar effect, a user can also seek to reach specific audiences, as defined by the user.  As a result, the user has a controlling role in the acquisition phase of data processing by Facebook. The Advocate General rejected an formal analysis based on the terms of the contract concluded by the User and Facebook [para 60] and the fact that the user may be presented with ‘take it or leave it’ terms, does not affect the fact that the user may be a controller.

As a final point, the Advocate General referred to the risk of data protection rules being circumvented, arguing that:

had the Wirtschaftsakademie created a website elsewhere than on Facebook and implemented a tool similar to ‘Facebook Insights’ in order to compile viewing statistics, it would be regarded as the controller of the processing needed to compile those statistics [para 65].

A similar approach should be taken in relation to social media plug ins (such as Facebook’s like button), which allow Facebook to gather data on third party websites without the end-user’s consent (see Case C-40/17 Fashion ID, pending).

Having recognised that joint responsibility was an important factor in ensuring the protection of rights, the Advocate General – referring to the approach of the Article 29 Working Party on data protection – clarified that this did not mean that both parties would have equal responsibility, but rather their respective responsibility would vary depending on their involvement at the various stages of processing activities.

Applicable law is dealt with in Article 4 DPD, which refers to the competence of the Member State where the controller is established but which also envisages the possibility, in the case of a non-EU parent company, of multiple establishments.  The issue comes down to the interpretation of the phrase from Art. 4(1)(a), ‘in the context of the activities of an establishment’, which according to Weltimmo cannot be interpreted restrictively [para 87].  The Advocate General determined that there were two criteria [para 88]:

Relying on Weltimmo and Verein für Konsumenteninformation the Advocate General identified factors – which are based on the general freedom of establishment approach to the question of establishment looking for real activity through stable arrangements – the approach is not formalistic. Facebook Germany clearly satisfies these tests.

Referring to Article 29 Working Party Opinion 8/2010, the Advocate General re-iterated that in relation to the second criterion, it is context not location that is important. In Google Spain, the Court of Justice linked the selling of advertising (in Spain) to the processing of data (in the US) to hold that the processing was carried out in the context of the Spanish subsidiary given the economic nexus between the processing and the advertising revenue.  The business set up for Facebook here is the same, and the fact that there is an Irish office does not change the fact that the data processing takes place in the context of the German subsidiary.  The DPD does not introduce a one-stop shop; to the contrary, a deliberate choice was made to allow the application of multiple national legal systems (see Rec 19 DPD), and this approach is supported by the judgment in Verein für Konsumenteninformation in relation to Amazon.  The system will change with the entry into force of the General Data Protection Regulation (GDPR), but the Advocate General proposed that the Court should not pre-empt the entry into force of that legislation (due May 2018) in its interpretation, as the cooperation mechanism on which it depends is not yet in place [para 103].

By contrast to Weltimmo, where the supervisory authority was seeking to impose a fine on a company established in another Member State, here the supervisory authority would be imposing German law on a German company.  There is a question, however, as to the addressee of any enforcement measure. On one interpretation, the German regulator should have the power only to direct compliance on the company established on its territory, even though that might not be effective. Alternatively, the DPD could be interpreted so as to allow the German regulator to direct compliance from Facebook Ireland. Looking at the fundamental role of controllers, Advocate General Bot suggested that this was the preferred solution. Article 28(1), (3) and (6) DPD entitle the supervisory authority of the Member State in which the establishment of the controller is located, by contrast to the position in Weltimmo, to exercise its powers of intervention without being required first to call on the supervisory authority of the Member State in which the controller is located to exercise its powers.

The novelty in this Opinion relates to the first question is significant because the business model espoused by social media companies depends on the participation of those providing content, who seem at the moment to take little responsibility for their actions.  The price paid by third parties (in terms of data) is facilitated by them, allowing them to avoid or minimise their business costs.  Should there be a consistency of enforcement applications against such users, this may gradually have an effect on the underlying platform’s business model.  While it is harder to regulate mice than elephants, at least these mice appear to be clearly within the geographic jurisdiction of the German regulator – and will remain so even when the GDPR is in force.

The Advocate General went out of his way to explain that there was no difference between the situation in issue here and that in the other relevant pending case, Case C-40/17 Fashion ID.  This case concerns the choice by a website provider to embed third party code allowing the collection of data in respect of visitors in the programming for the website for its own ends (increased visibility of and thus traffic to the website): the code in question is that underpinning the Facebook ‘like’ button, but would also presumably include similar codes from Twitter or Instagram.

If there was any doubt from cases – for example Weltimmo – about whether there is a one-stop shop (ie only one possible supervisory authority with jurisdiction across the EU) in the Data Protection Directive, the Advocate General expressly refutes this point.  In this context, it seems that this case adds little new, rather elaborating points of detail based on the precise factual set-up of Facebook operations in the EU. It seems well-established now that – at least under the DPD - clever multinational corporate structures cannot funnel data protection compliance through a chosen national regime.

It may be worth noting also the broad approach of the Advocate General to Google Spain when determining whether processing is in the context of activities. There the Court observed that:

Here, the Advocate General focussed on the fact that social networks such as Facebook generate much of their revenue from advertisements posted on the web pages set up and accessed by users and that there is therefore an indissoluble link between the two activities.  Thus it seems that the Google Spain reasoning applies broadly to many free services paid for by user data, even if third parties – for example those providing the content on the page visited – are involved too.

Of course, the GDPR does introduce a one-stop shop. Arguably therefore these cases are of soon to be historic interest only.  The GDPR proposes that the regulator in respect of the controller’s main EU establishment should have lead responsibility for regulation, with regulators in respect of other Member States being ‘concerned authorities’.  There are two points to note: first, there is a system in place to facilitate the cooperation of the relevant supervisory authorities Art 60), including possible recourse to a ‘consistency mechanism’ (Art 63 et seq); secondly, the competence of the lead authority to act in relation to cross-border processing in Article 66 operates without prejudice to the competence of each national supervisory authority in its own territory set out in Article 55.  The first of these two points concerns the attempt to limit regulatory arbitrage and a downward spiral of standards in the GDPR as applied and the broad approach to establishment. The interest of the recipient state in regulating means that there may be many cases involving ‘concerned authorities’.  The precise implications of the second point are not clear; note however that it seems that the one-stop shop as regards Facebook would not stop data protection authorities taking enforcement action against users such as Wirtschaftsakademie.