Daddy’s gonna pay for your crashed car? The ECJ clarifies the vertical direct effect of Directives 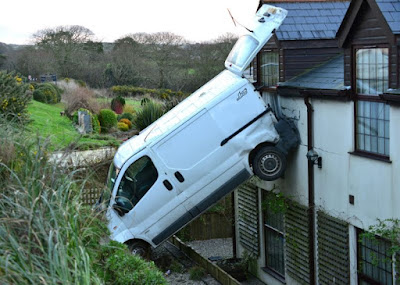 One of the great complications of EU law is that EU Directives – unlike Regulations – do not have ‘direct effect’ horizontally, meaning that a private party cannot rely on them as such against another private party. However, there are other means of enforcing Directives, and in any event they do apply vertically, ie an individual can invoke a Directive against the State. This distinction between vertical and horizontal direct effect means that it is necessary to define exactly what is the ‘State’ for this purpose, given that there are many types of complex public-private relationships in each EU country.

More precisely, EU case law has indicated how to determine if a particular legal body is an ‘emanation of the State’, which is therefore covered by the principle of vertical direct effect. The key authority on this issue is the case of Foster and Others v British Gas, C-188/89, EU:C:1990:313. While some later judgments have touched on this definition, the Court of Justice of the European Union (CJEU) today clarified the position more thoroughly in its judgment in Farrell, C-413/15, EU:C:2017:745, broadly following the Opinion of AG Sharpston (here) – just in time for the start of many law students’ study of EU law.

The test for defining an ‘emanation of the State’, as applied in Foster, was formulated in the following terms:

... a body, whatever its legal form, which has been made responsible, pursuant to a measure adopted by the State, for providing a public service under the control of the State and has for that purpose special powers beyond those which result from the normal rules applicable in relations between individuals is included in any event among the bodies against which the provisions of a directive capable of having direct effect may be relied upon (C-188/89 at [20], emphasis added).

However, also in Foster, the CJEU had offered a broader formulation of the test, indicating that:

a directive [capable of direct effect] could be relied on against organisations or bodies which were subject to the authority or control of the State or had special powers beyond those which result from the normal rules applicable to relations between individuals (C-188/89 at [18], emphasis added).

Uncertainty about the exact limits and implications of the Foster-test have remained for a surprisingly long time, and the CJEU had so far only provided limited and piecemeal clarifications--most recently, in its Judgment of 12 December 2013 in Portgás, C-425/12, EU:C:2013:829, where the CJEU still referred in less than clear-cut terms to 'bodies which, under the control of [the] authorities [of a Member State], have been given responsibility for a public-interest service and which have, for that purpose, special powers' (at [34], for discussion, see here).

In Farrell, concerning who was liable for failure to implement an EU motor insurance Directive properly following a car accident, the CJEU has clarified that the conditions set out in the so-called Foster-test are not cumulative (ie, a body does not need to satisfy both criteria to be an emanation of the State) and, in any event, that it suffices for an entity (even a private law one, not necessarily subjected to State control) to have been delegated the performance of a task in the public interest by the Member State and to possess for that purpose special powers.

According to the CJEU, in Foster, 'the Court was not attempting to formulate a general test designed to cover all situations in which a body might be one against which the provisions of a directive capable of having direct effect might be relied upon' (at [26]) and, consequently, that '[p]aragraph 20 of [Foster] must be read in the light of paragraph 18 of the same judgment, where the Court stated that such provisions can be relied on by an individual against organisations or bodies which are subject to the authority or control of the State or have special powers beyond those which result from the normal rules applicable to relations between individuals' (at [27]). Ultimately, then, the CJEU has clarified that the Foster-test is actually formulated at [18] (see also Farrell at [33]) and, consequently, that

... the conditions that the organisation concerned must, respectively, be subject to the authority or control of the State, and must possess special powers beyond those which result from the normal rules applicable to relations between individuals cannot be conjunctive (C-413/15 at [28], emphasis added).

Adding some further clarity, the CJEU explained that the 'emanations of the State' that are relevant for the purposes of ensuring direct effect of EU Directives after the expiry of their transposition period

... can be distinguished from individuals and must be treated as comparable to the State, either because they are legal persons governed by public law that are part of the State in the broad sense, or because they are subject to the authority or control of a public body, or because they have been required, by such a body, to perform a task in the public interest and have been given, for that purpose, such special powers.

Accordingly, a body or an organisation, even one governed by private law, to which a Member State has delegated the performance of a task in the public interest and which possesses for that purpose special powers beyond those which result from the normal rules applicable to relations between individuals is one against which the provisions of a directive that have direct effect may be relied upon (C-413/15 at [34]-[35], emphasis added).

In my view, this is a welcome clarification and one that can potentially catalyse a higher level of effectiveness of secondary EU law. It comes to clearly establish three prongs for the test of whether an entity is an emanation of the State (shall we re-label it the Farrell-test, for clarity?), which the entity will be if either (1) it is governed by public law, (2) it is subject to the authority or control of a public body, or (3) it performs a public interest task on the basis of special powers. This can have interesting implications in areas other than general EU law (eg in State aid law, to the effect of reducing the scope of the Judgment of 30 May 2013 in Doux Élevages and Coopérative agricole UKL-AREE, C-677/11, EU:C:2013:348--as criticised here) and, more generally, follows a welcome functional approach.

I envisage that the next potential frontier for litigation will concern what should be considered special powers, and whether they have to be substantial for an entity carrying out tasks in the public interest by delegation of the State to be considered 'emanations of the State' for these purposes. In Farrell, the special powers consisted in statutory powers 'to require [private entities] to become members of [the entity considered an emanation of the State] and to contribute funds for the performance of the task conferred on it by the [the Member] State' (C-413/15 at [40]). This seemed like a clear instance. However, there may be more difficulties in drawing clear lines where the powers are exercised in the context of a situation of a relationship of special dependence from the State, where the special powers form part of the task delegated to the entity. This can be particularly relevant in the context of contracted-out public services in sectors such as care, corrections or education, where the existence or not of special powers (eg to discipline) will trigger complex issues in the future.

On the whole, however, it seems to me that Farrell resolves one of the important areas of uncertainty in the area of the effectiveness of EU secondary legislation. It should thus be welcome.


*Reblogged from the ‘How to Crack a Nut’ blog
Posted by Steve Peers at 08:15