The Gamble that Failed: The Brexit Election and what happens next 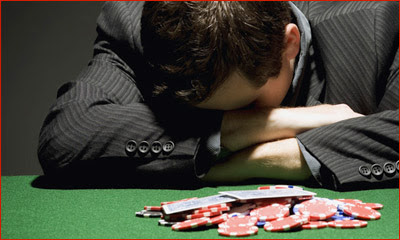 Last week’s early UK election ended with the surprising result of a ‘hung Parliament’, in which no one party had a majority of the seats in the House of Commons. What does this mean for the Brexit process going forward?

First of all, there’s a simple message for Theresa May’s Conservative party: they failed. Epically. The Prime Minister called this election three years early specifically to ask voters to increase her slender majority of seats in the Commons, in order to give her a mandate to carry out her Brexit plan. Voters refused – giving her fewer seats and a minority government instead. Of course, some voters must have voted on other issues, but the ‘Brexit negotiation mandate’ was the express reason for calling the election, and was repeatedly invoked by the Prime Minister throughout the election campaign. And while it’s true that the Conservatives are the largest party, that’s hardly comparable to the political legitimacy of a majority government – and again, that ignores the specific rationale for calling the election in the first place.

Having said that, the largest party is entitled to attempt to form a government, and the Conservatives are currently trying just that, in negotiations with a Northern Ireland party, the Democratic Unionists (DUP). That party has many of the same Brexit objectives as the Conservatives (see their manifesto here), including maintaining simplified border crossing with the Republic of Ireland (other UK parties, as well as the EU side in the Brexit talks, have this objective too). Together, the Conservatives and DUP will have a small majority of seats in the House of Commons.

What are the implications of this? Such a slim majority of Commons seats is vulnerable to defections, and in any event it’s not yet known whether the DUP will commit to support any proposed legislation. Furthermore, the government is now more vulnerable to rejection or major amendment of legislation by the House of Lords. While there is a constitutional convention, known as the ‘Salisbury Convention’, which commits the House of Lords not to block proposals for legislation tabled by a government which were mentioned in the winning party’s manifesto, it’s arguable whether this Convention applies where there is a minority government.

This applies even more so to the Brexit policy of this government, since the Prime Minister explicitly requested voters for a bigger Commons majority to combat the hypothetical prospect of the Lords voting against her Brexit agenda. In effect, she asked voters: “Give me a big majority so the Lords don’t meddle with my Brexit plans”. And the voters answered: “No”. In the circumstances, if the Lords block any government Brexit bills, they would not be frustrating the popular vote – but rather giving effect to it.

There is another option for a Commons majority to get its way, if the Lords blocks the adoption of legislation: the Parliament Acts, which allow the Commons to override the Lords.  However, there is a problem of timing here. If the Parliament Acts are invoked, the legislation in question comes into force after a one-year delay. But there are only 21 months left before Brexit Day (29 March 2019). Factor in the months necessary for Brexit-related Bills to pass through Parliament, and overriding the Lords is not a very plausible threat. Mrs Thatcher used to say that the problem with socialism is that you eventually run out of other peoples’ money. Maybe; but the problem with Mayism is that you eventually run out of your own time to negotiate Brexit.

Underpinning all this is the changed dynamics of UK politics as a result of the election. When the ‘Article 50 Act’ was passed earlier this year, there were enough votes in the House of Lords to support guaranteeing EU citizens’ rights in the UK, as well as parliamentary scrutiny of the Brexit deal. But eventually Labour Lords abstained on these amendments, and so the Bill was adopted without them. Labour’s abstention may have been because the party did not want to be accused of blocking the Article 50 process, and/or because the party was worried (in light of opinion polls) about facing a snap ‘Brexit election’ if it did.

Now the position is transformed: a) the Article 50 Act has been passed, so Labour cannot be accused of blocking the process; and b) the ‘Brexit election’ has already been held, resulting in an unexpected increase in Labour votes, seats, momentum and opinion poll ratings. Although Labour still lost the election, it is now far more likely to welcome a further election than to fear one in these circumstances.

Let’s now examine how this changed political dynamic could affect the details of the Brexit process. The government plans to propose a Great Repeal Bill that would convert the bulk of EU law into UK law as from Brexit Day, as well as other Brexit-related legislation (on immigration and customs, for example). Under the new political environment, the opposition parties, possibly with Conservative defectors, have a bigger opportunity to pass amendments or to block such bills.

For instance, amendments could include: guarantees for the rights of EU citizens in the UK; limiting the government’s power to reduce social and environmental standards without a further Act of Parliament; effective parliamentary scrutiny of the negotiations; the role of the devolved legislatures; and parliamentary approval of the final deal. It seems unlikely that there are enough votes to demand a further referendum on the terms of the final Brexit deal, but there might be enough to require the government to seek some form of interim participation in the EU single market, pending negotiation of a subsequent post-Brexit trade deal. (While the Labour manifesto, as discussed here, ruled out continuing free movement of persons, arguably a brief continuation, with use of a safeguard clause like that in the European Economic Area, would not contradict this).

This brings us to a key Conservative party position that the new composition of the Commons could in effect rule out: the ‘no deal is better than a bad deal’ argument. One of the least edifying moments of the campaign was the Prime Minister’s endless repetition of this mantra in one of the debates, accompanied each time by bellows of support from her ardent admirers. This was always an implausible threat due to the damage to the UK economy it would likely cause if it were carried out. But now it is politically implausible to, for the government could well struggle to find a parliamentary majority in both Houses to carry such a threat out. (Labour, and other opposition parties, explicitly oppose the use of this threat).

In particular, Parliament might be unwilling to repeal the European Communities Act to give effect ‘no deal’, or at least unwilling to repeal it in advance if the government wants to repeal it in advance of Brexit Day (ie, unilaterally breaching its EU law obligations set out in Article 50). On this point, it’s essential to recall the Supreme Court ruling in Miller, to the effect that EU law is part of the domestic legal system largely because of the European Communities Act, rather than executive powers. The ‘no-deal’ threat was always unconvincing in light of political economy; it is now even more unconvincing as a matter of parliamentary arithmetic.

One final observation on the ‘no-deal’ scenario: it is particularly incompatible with the position of the Conservatives’ planned partner, the DUP, because (as noted above) the latter is keen on maintaining the absence of controls on the border with the Irish Republic. Since customs issues are an exclusive EU competence, this cannot work out without some form of treaty with the EU. And the EU’s negotiating guidelines rule out a separate deal on this issue: other issues (including difficult questions about financial payments) must be settled as part of an overall package.

It’s technically possible that the EU might change this position and negotiate a separate deal on this issue, even if there’s no deal overall. But how likely is it? Some Leavers argue that the EU’s negotiation position will swiftly fall apart, and the UK can get whatever it wants from the talks. Yet they said things like this throughout the referendum campaign, arguing that immediately after the referendum vote the EU would beg the UK to do a trade deal on the UK’s terms. To borrow from some Brexiteers’ favourite genre (WWII films), German car makers would call Angela Merkel to tell her “For you, ze var is over”; and Merkel would in turn call other EU leaders to say “Ve haf vays of making you talk”.

The British public was asked to give its verdict on Theresa May’s Brexit strategy. Since the referendum, we’ve heard her sneering at Remain voters and alleging that the EU wanted to undermine the election, while her angry tabloid allies ranted about “enemies of the people”, “crushing the saboteurs” and “Blue murder”. After a year of this rhetoric, British voters have politely asked the loud woman to turn down the volume – refusing her explicit request to back her Brexit strategy and implicitly asking for a rethink. Sadly, having campaigned in Hard Rock, it seems that Mrs. May is incapable of governing in Easy Listening. But as always, it ain’t over until the Mother of Parliaments sings.