Think of the children: the ECJ clarifies the status of non-EU parents of EU citizen children living in their own Member State 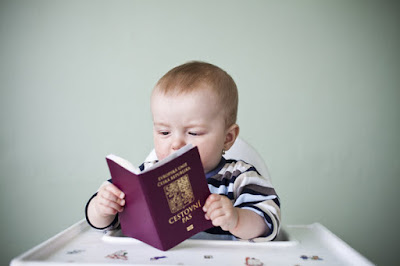 What immigration rights do non-EU citizens have under EU law? There are three main areas of EU law that address this issue: EU immigration and asylum law; EU treaties with non-EU countries; and EU free movement law. The latter area of law is focussed on EU citizens’ right to move between Member States, and so only covers non-EU citizens if they are family members of EU citizens who have moved to another Member State. Those rules also apply by analogy where an EU citizen with a non-EU family member has moved to another Member State, then moved back to that citizen’s home Member State. (These are known as Surinder Singh cases: see this discussion of the ECJ’s most recent ruling on such cases, from 2014).

But what if an EU citizen has a non-EU family member, but has never moved to another Member State? Such cases fall outside the scope of EU free movement law. They will therefore in principle fall solely within the scope of national law, unless either EU immigration and asylum law or EU treaties with non-EU countries apply (they usually will not). But in a limited number of cases, there is a fourth category of EU law which might apply to them: EU citizenship law.

This principle was first set out in the 2011 judgment in Ruiz Zambrano, which concerned Belgian children living in Belgium with two non-EU parents. The ECJ ruled that expelling the non-EU parents would in effect would result in the departure of the children from the EU, thereby risking the ‘genuine enjoyment of the substance’ of those children’s EU citizenship rights.

Subsequent ECJ case law (discussed here) made clear that this principle is apparently restricted to the non-EU parents of EU citizen children living in their home State. Cases very similar to Zambrano – two non-EU parents of an EU child – are rare, because Member States now rarely, if ever, confer nationality upon children simply because they are born on the territory. However, there are rather more cases where: a) a home-State EU citizen marries a non-EU citizen, b) their child gets home-State citizenship because one of her parents is a home-State citizen; and c) the parents’ relationship ends.

In those cases, Ruiz Zambrano still potentially applies, as long as the non-EU parent is the ‘primary carer’ for the home-State EU citizen child. In that case, removing this parent to a non-EU country would in effect force the EU citizen child to leave the EU as well.  But when exactly does the ‘primary carer’ test apply? The ECJ clarified this issue in today’s important judgment in Chavez-Vilchez and others.

Chavez-Vilchez and others concerned a number of non-EU parents of Dutch children in the Netherlands, who sought to argue that they were primary carers of those children, and so entitled to residence in accordance with the Ruiz Zambrano judgment. The Dutch government argued that they could not automatically be considered primary carers if it was possible for the other parent, ie the Dutch citizen, to take care of the children:

…the mere fact that a third-country national parent undertakes the day-to–day care of the child and is the person on whom that child is in fact dependent, legally, financially or emotionally, even in part, does not permit the automatic conclusion that a child who is a Union citizen would be compelled to leave the territory of the European Union if a right of residence were refused to that third-country national. The presence, in the territory of the Member State of which that child is a national or in the territory of the Union, as a whole, of the other parent, who is himself a Union citizen and is capable of caring for the child, is, according to the Netherlands Government, a significant factor in that assessment (para 66)

While the Court of Justice agreed that the non-EU parents could not automatically be considered as primary carers where the home state EU citizen child was dependent upon them, the Court’s approach was more open. It began by restating prior case law: the key issue was ‘who has custody of the child and whether that child is legally, financially or emotionally dependent on the third-country national parent’ (para 68). It then reiterated, following Zambrano, that dependency was particularly significant (para 69). Then it added new detail on how to assess dependency:

…it is important to determine, in each case at issue in the main proceedings, which parent is the primary carer of the child and whether there is in fact a relationship of dependency between the child and the third-country national parent. As part of that assessment, the competent authorities must take account of the right to respect for family life, as stated in Article 7 of the Charter of Fundamental Rights of the European Union, that article requiring to be read in conjunction with the obligation to take into consideration the best interests of the child, recognised in Article 24(2) of that charter (para 70).

For the purposes of such an assessment, the fact that the other parent, a Union citizen, is actually able and willing to assume sole responsibility for the primary day-to-day care of the child is a relevant factor, but it is not in itself a sufficient ground for a conclusion that there is not, between the third-country national parent and the child, such a relationship of dependency that the child would be compelled to leave the territory of the European Union if a right of residence were refused to that third-country national. In reaching such a conclusion, account must be taken, in the best interests of the child concerned, of all the specific circumstances, including the age of the child, the child’s physical and emotional development, the extent of his emotional ties both to the Union citizen parent and to the third-country national parent, and the risks which separation from the latter might entail for that child’s equilibrium. (para 71; emphases added)

The Court went on to answer questions from the national court about the burden of proof in Zambrano cases, which were connected with the substantive test to be applied. The Dutch government had argued:

…the burden of proof of the existence of a right of residence under Article 20 TFEU lies on the applicants in the main proceedings. It is for them to demonstrate that, because of objective impediments that prevent the Union citizen parent from actually caring for the child, the child is dependent on the third-country national parent to such an extent that the consequence of refusing to grant that third-country national a right of residence would be that the child would be obliged, in practice, to leave the territory of the European Union (para 74).

Although the ECJ accepted that the burden of proof lay upon the non-EU parent (para 75), it also ruled that national authorities ‘must ensure that the application of national legislation on the burden of proof’ in such cases ‘does not undermine the effectiveness’ of EU citizenship rights (para 76). This meant that the authorities had to make ‘the necessary inquiries’ to find out where the EU citizen parent lived, ‘whether that parent is, or is not, actually able and willing to assume sole responsibility for the primary day-to-day care of the child’ and whether the EU citizen child was dependent upon the non-EU parent (para 77).

In effect, the Court ruled that while the non-EU citizen must make a prima facie case, national authorities share some of the burden to investigate some aspects of the case. Again, the substantive test applicable is less stringent than urged by the Dutch government.

Today’s judgment clarified a number of issues relating to Zambrano cases, following on from last year’s judgments in CS and Rendón Marín (discussed here) which clarified when non-EU Zambrano parents could be expelled for public policy reasons. While the 2016 judgments referred to the child’s best interests, age, situation and dependency (referring to case law of the European Court of Human Rights), today’s judgment also refers to ‘physical and emotional development’, ‘emotional ties’ to both parents, and the effect of separation on the child. All of these are factors relating to the child, not to the non-EU parent; but all of them nevertheless concern the child’s links with that parent.

The Dutch government’s desired focus on the capability of the EU citizen parent takes a back seat to the child’s best interests, as further elaborated by the Court. This will protect more non-EU parents, but in a differential way. Oddly, the Court’s case law does not take express account of situations of joint custody, or the more general argument that the child’s best interest will usually be to maintain strong relationships with both parents (assuming they are not negligent or abusive).

Could it also be argued that the requirement of always seeking to identify a ‘primary carer’ is problematic from the point of view of gender equality?  Due to the division of labour relating to child care in practice, the Court’s rulings would classify more non-EU mothers than non-EU fathers as ‘Zambrano carers’; but the expulsion of those fathers will only increase the childcare demands on the EU citizen mother who remains, as well as disrupt the child’s right to maintain a relationship with his father. Of course, the presence of the parent who looks after a child day-to-day is essential; but children love the parent who kicks the ball as well as the parent who cooks the meal.

The procedural aspects of the Court’s judgment are interesting, but raise further questions: is there a right to appeal, to a decision within a reasonable time, to a lawyer, to legal aid? In last year’s judgments, the Court of Justice referred to concepts from EU free movement law and its relevant case law when discussing the substantive test for expelling Zambrano carers; but it made no such cross-references today. The long-term immigration status of the parent is also an open question, although Zambrano noted that there should be access to employment to make the residence rights of the parent effective.

Finally, a Brexit point: the draft EU position for negotiating acquired rights does not appear to cover Zambrano carers. From a technical point of view, this is logical because the case law concerns (from the UK’s perspective) non-EU parents of UK citizens who have not moved within the EU. So no free movement rights have been acquired; we are rather talking of EU citizenship rights which will necessarily be lost when the UK ceases to be a Member State, since citizenship of the EU is defined as deriving from the nationality of a Member State. But from a human point of view, any deterioration in legal status could damage or even shatter the family lives of the children concerned. Zambrano carers should therefore be protected ideally in the Brexit talks, or failing that by the UK unilaterally.