How Many Victims of Human Trafficking in the EU? A Statistical Quagmire 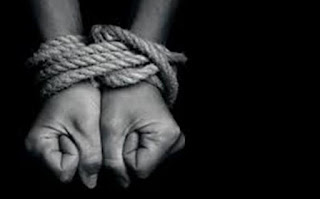 On 19 May 2016 the Commission issued its first report (COM(2016) 267 final)) on the progress made in the fight against trafficking in human beings. As its title suggests, the report is based on Article 20 of the 2011 EU Trafficking Directive (Directive 2011/36/EU). The report has the objective to examine the progress made concerning prosecution of trafficking, protection of victims and prevention. It shows trends in trafficking, including statistical information. It is accompanied by a staff working document (SWD(2016) 159 final) that provides detailed factual information complementing the report.

Notably, this is not a report on the extent to which Member States have complied with the directive. Such a report is indeed required by Article 23 of the directive; however, despite the set deadline of 6 April 2015, so far the Commission has not issued a document assessing compliance. The Commission is late with its assessment with more than a year. A further report was due by 6 April 2016 on the circumstances of the use of services of trafficking victims. It has not been issued yet.

Focusing on the above mentioned progress report, it shows that according to the information submitted by Member States for the period 2013 – 2014 there were 15 846 registered victims of human trafficking. It is noted that this number is lower than the number recorded for the previous period 2010 – 2012. A clarification is immediately offered that ‘[a]lthough the data collection methods used for both periods are similar, it would not be advisable at this stage to compare the data, either between the two exercises or across individual years, due to possible differences in recording methods and legal definitions. For this reason, the discrepancy in the annual totals, and in particular the reasons why fewer victims of trafficking were registered, are issues that need to be explored and analysed further’ (page 5).

Indeed, the issue as to who is and who is not a victim of trafficking and who is registered and who is not registered as a victim of human trafficking are issues that have to be explored and analysed further. I plan to do this below. The Commission is correct that there might be differences in recording methods and legal definitions; however, the assumption that these differences will be somehow remedied so that we can get a clearer picture is far from warranted.

The number 15 846 refers to registered victims. Who are these registered victims? These are victims who are ‘both identified and presumed’ (page 4 of the report). It is clarified that some Member States have included both categories in their data collection, whereas others have only included one of the two categories. Already at this stage one starts to get suspicious about the data since it conflates different categories. Footnote 15 of the Commission report is indented to clarify the term ‘identified victim’: ‘[i]n accordance with the definition in the anti-trafficking Directive, the term “identified victim” refers to a person who has been formally identified by relevant authorities as a victim of trafficking.’ The text of the directive certainly does not deploy the term ‘identified victim’. It simply refers to victims and its Article 11(4) obliges the Member States to ‘take the necessary measures to establish appropriate mechanisms aimed at the early identification.’ The directive does not establish a separate legal status called ‘identified victim of human trafficking.’

The text of the earlier Directive 2004/81/EC (which concerns the immigration status of trafficking victims) does not refer to ‘identified victims’ either. It refers to victims who are holders of residence permits since they cooperate with the authorities in the fight against trafficking. Strangely, the Commission report does not even contain information about the number of such victims. This is very important information because when it comes to third country nationals, their formal identification as victims of human trafficking might not mean much and the assistance measures might not mean much if they cannot remain on the territory of the Member States. It should be also reminded here that the main EU Trafficking Directive (ie, the 2011 Directive) does not regulate the issue of the presence of victims on the territory of the Member States.

Footnote 15 of the Commission report continues to say that ‘[t]he term “presumed victim” is used for a victim of trafficking who has met the criteria of the EU Trafficking Directive but has not formally been identified by the competent authorities as a victim, or has declined to be formally and legally identified as a victim of trafficking [emphasis added].’ The term ‘presumed victims’ does not seem to be used here in the sense of Article 11(2) of the EU Trafficking Directive. The latter provision refers to individuals who have to be assisted and supported ‘as soon as the competent authorities have a reasonable-grounds indication for believing’ that they are victims. Neither is it used in the sense of Articles 5 and 6 of Directive 2004/81/EC, which refer to circumstances when the national authorities ‘take the view that a third country national may fall into the scope of this directive [i.e. may be a victim of trafficking]’ and extend a reflection period to this person. Rather ‘presumed victims’ appears hard to determine category in the way that it has been used in the report. In addition, it appears illogical how one can be a register victim (which implies some form of official recognition of one’s status) without being formally identified by the competent national authorities. As mentioned above, ‘presumed victims’ are included in the category of ‘registered victims’.

How do Member States after all formally identify individuals as victims of human trafficking? This is an important question if the Commission wants to ‘improve the reliability and comparability of data’ as stated on page 5 of its report. The Trafficking Directive does not stipulate which national authority has to be mandated with victim identification; its Article 11(4) simply says that ‘Member States should take the necessary measures to establish appropriate mechanisms aimed at the early identification of, assistance to and support for victims, in cooperation with relevant support organizations.’ Directive 2004/81/EC does not even have a provision about victim identification. It can be assumed from its provisions though that the national authorities responsible for criminal investigations and prosecutions identify victims by granting them a reflection period ‘so that they can take an informed decision as to whether to cooperate with the competent authorities’. Thus, in many EU Member States the authorities responsible for crime investigation and prosecution are mandated to identify victims. This is certainly problematic since eventually victim identification is intimately linked with crime investigation.

This results in refusals to formally identify victims if there is no basis for initiation or continuation of criminal proceedings, a problem exposed with the recent judgment L.E. v. Greece Application No. 71545/12 delivered by the European Court of Human Rights on 21 January 2016.[1] In other Member States, the immigration authorities might be mandated to identify victims of human trafficking. A relevant example in this respect is the United Kingdom, where the UK Border Agency identifies migrants as victims of human trafficking. In this way, crime investigation and victim identification are clearly separated. Against this diversity of national practices, it might be difficult to get a comparable date and even clear idea who is a registered victim of human trafficking in the EU.

Certainly, the problem is not only one of procedure, but also of substance. The EU Trafficking Directive defines human trafficking and determines the minimum scope of criminalization. However, the Member States can interpret trafficking more expansively. An example to this effect is Bulgaria where the crime of human trafficking is interpreted in an exceedingly wide way which leads to high number of prosecutions and victims.[2] The Commission itself does not seem to be particularly clear about the conceptual limits of trafficking either. It defines it as ‘the buying, selling and exploitation of adults and children [emphasis added]’ (page 2 of the report). In this way, it subsumes exploitation under the definition of human trafficking.

However, on page 7 of the report the Commission observes that ‘[w]hile it is important to stress that not all exploitative situations in the EU labour market are a result of trafficking in human beings, some may be. In these cases all victims of trafficking for labour exploitation must be properly identified and helped.’ Here, a distinction appears to be made between trafficking and exploitative situations. Overall, though, there is no clear distinction between the two. It is thus hard to advance measures which can tackle each phenomenon. Perhaps, even more disturbingly, all the efforts have been focused on human trafficking (in whichever way it is interpreted in different jurisdictions). Little attention has been paid on severe forms of labour exploitation. As a consequence, the EU Fundamental Rights Agency in its 2015 report Severe Labour Exploitation: Workers Moving within or into the European Union. States’ Obligations and Victims’ Rights warned that

While trafficking has attracted much attention, the severe exploitation of workers in employment relationships – which may or may not occur in a context of trafficking – has not. This difference in the level of attention is reflected by an institutional setting in which specialised actors are available to deal with trafficking cases but not with cases of severe labour exploitation.

Finally, what has been the impact of the newest trafficking instrument, i.e. the 2011 Trafficking Directive? Is it indeed the case, as the Commission suggests, that ‘with the correct and full implementation of the EU Directive, Member States will ensure the prevention of the crime, the prosecution of the perpetrators and most importantly, the protection of victims’ (page 15 of the report)? This is highly doubtful. The data from the report is not particularly promising. In addition, the data itself is very confusing which hampers clear understanding of the phenomenon that we have to address.