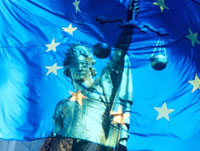 Introduction
There has been an intense debate around the optimal standard regarding abuse of dominance control in the EU. In an attempt to address the multiple complaints against the approach adopted to unilateral conduct control, in the early 2000s, the European Commission initiated a review of the law and practice of the relevant provision (see the EAGCP Report and the Discussion Paper). The recurring objective of the review was to inject more economic thinking into the enforcement of what is now Article 102 TFEU (see e.g. here and here). In this context, the ‘traditional form-based analysis’ of the EU Courts was contrasted to a allegedly superior ‘more economic approach’ to abuse of dominance.
In December 2008, the Commission adopted a guidance paper declaring its enforcement priorities when dealing with exclusionary abuses under Article 102 TFEU (‘Enforcement Priorities Paper’). This represents the culmination of the debate that crystalised the Commission’s modern approach to abuse of dominance control.

Practical Significance
Despite the fact that the Priorities Paper lacks legal status, it may still be of decisive practical significance. In fact, the tension between its content and the case-law may be irrelevant for the undertakings and their legal advisers when deciding to consult it. This is because it indicates the Commission’s threshold for intervention. From a practical standpoint, if the Commission decides to pursue cases on the basis of a particular test, companies and their legal advisers would immediately attempt to understand it and bring themselves into line with it.
Nevertheless, the practical significance of the Priorities Paper is obscured for several reasons. First, there are few bright-line rules. The principles are subject to significant exceptions, which are not sufficiently explained. Second, the paper provides no safe-harbours, which in turn reduces the overall level of guidance that it provides. Third, the purpose of guidelines is to enhance transparency and accountability, provide a clarification of the law, ensure consistency of enforcement and increase legal certainty (see e.g. Tréfilunion SA v Commission at para 142). This purpose was disregarded by the Priorities Paper, which is couched in terms of theoretical economics with minimal awareness of the practical consequences for companies. Finally, the Commission itself does not comply with its ‘guidance’ (see the Intel decision).

Loyalty Between the EU Institutions
To the extent that the Commission’s new approach to abusive exclusionary conduct is incompatible with the case-law, the Commission disregarded its duty of loyalty toward the CJEU. By derogating from established jurisprudence by means of guidelines, the Commission exceeded the limits of the powers conferred on it by the Treaties. Thus, it did not practise mutual sincere cooperation as required by Article 13(2) TEU. Additionally, the choice of the Commission to name the document ‘enforcement priorities’ aggravates its infringement, in the sense that it was a manœuvre aiming at relaxing the tension between the approach adopted in the Priorities Paper and the one followed in the case-law.
Likewise, the Commission disregarded the principle of sincere cooperation as regards its relations with the Council. Specifically, the Commission’s Priorities Paper functionally amended the framework of Article 102 TFEU in several respects, thus circumventing the Council’s legislative responsibility in the area of competition law (Articles 103(1) in conjunction with 289(2) and (3) and 290(1)(b) TFEU). The Commission requires delegated authority to adopt acts in this area, which may only concern non-essential issues (Article 290(2) TFEU). Otherwise, the Commission acts ultra vires, contrary to Article 17 TEU, which sets out its responsibilities. In this context, the Commission also breached the principle of institutional balance.

Loyalty Between EU Institutions and Member States
The Commission also violated the duty of sincere cooperation in the context of its relations with the Member States. This is so, despite the fact that the Commission states in the Frequently Asked Questions accompanying the initial adoption of the Priorities Paper that the said paper has been discussed extensively with the NCAs (question 9).
This is because of the parallel competence that the Commission, the NCAs and the national courts share as regards the application of Article 102 TFEU (Articles 4-6 of Regulation No 1/2003), which entails that they must apply the relevant rule in close cooperation in order to avoid inconsistent and/or contradictory decisions (Articles 11(1) and 15 of Regulation No 1/2003). As such, in principle, NCAs and national courts must take the Priorities Paper into account (see Grimaldi at paras 18-19; Commission Notice at para 8). Yet, they must respect the EU Courts’ case-law pursuant to the principle of supremacy of EU law. Therefore, NCAs and national courts may take into account the Priorities Paper exclusively to the extent that its approach is in conformity with the CJEU’s jurisprudence. As if that situation were not complicated enough, the hybrid approach that the Commission follows in its post-Priorities Paper decisional practice further perplexes things, since NCAs and national courts cannot take decisions running counter to Commission decisions (see Article 16 and recital 22 of Regulation No 1/2003). This state of uncertainty endangers the uniform application of Article 102 TFEU at the national level.

Compliance with Fundamental Rule-of-Law Principles: Analysis of Rebates as an Example
Even more disturbing is the content of the Enforcement Priorities Paper, which at times does not integrate economic and legal analyses in a manner that would ensure compliance with fundamental rule-of-law principles, such as the legal certainty and the nullum crimen, nulla poena sine lege principles (Article 49 CFREU; Article 7 ECHR). The observance of these principles is of utmost importance in the context of the enforcement of Article 102 TFEU, which is performed through fines that may be skyrocketing, as was the case in Intel.
The Priorities Paper’s approach to rebates granted by dominant firms offers a prime example of this (see paras 37-45). The ‘as-efficient competitor’ test (‘AECT’) advocated in that paper for the assessment of rebates is the epitome of a purely theoretical economic tool; although it is a sophisticated test which is grounded on robust economics, it cannot have any practical functionality (for a list of objections against this test, see here). In other words, it is a perfect test on paper that makes perfect sense with perfect numbers. The problem, however, is that there is no such thing as perfect numbers.
For instance, this test requires a dominant firm to estimate ex ante the units that its client would potentially purchase from its competitors. The only possible way to do this is to ask its client, who is very likely to mislead the dominant firm. Similarly, under the test proposed by the Priorities Paper, a dominant firm must evaluate ex ante the pricing and range of products that a competitor has the capacity to produce. This depends on information on rivals’ costs and sales, which the dominant firm cannot be expected to possess. Furthermore, the AECT is assuming a single competitor and a single customer. But what if the dominant firm has, for example, thirty competitors; is the dominant firm required to conduct this complex analysis thirty times for each of its clients? This would be an impossible task. Hence, this test can only operate in retrospect and with access to confidential information. It is an unworkable test for a company that attempts to self-assess its practices.
It appears that the Commission, in its zeal for injecting more economic analysis into the enforcement of Article 102 TFEU, was oblivious to the absurdity of bestowing a self-standing role for economics in the interpretation of this provision. Indeed, any argument in favour of a more economic approach to abuse of dominance is vulnerable insofar as it is not properly integrated with legal reasoning. In this connection, legal reasoning is, by definition, about categorical thinking, and hence, formal. Only formal rules can ensure that Article 102 TFEU will be enforced properly in light of its goal, namely the maintenance of effective competition within the internal market. Indeed, effective competition can only exist if the players in the market act in an environment where they can assess in advance and at reasonable cost whether their conduct violates Article 102 TFEU.
All in all, no matter how theoretically sound the economic arguments for using the AECT may be, this test is not appropriate for the assessment of rebates under Article 102 TFEU. This is, inter alia, because the test fails to guarantee the observance of fundamental legal principles.