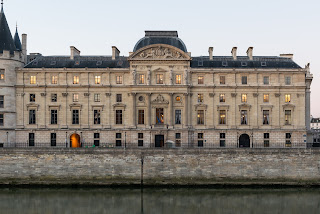 Daniel Sarmiento, Professor of EU Law at the University Complutense of Madrid*
In a short time-frame, two high courts of two Member States, the French Cour de Cassation and the Spanish Tribunal Constitucional, have delivered two important judgments on the implementation of EU Law by lawyers and domestic courts. The two decisions touch different subject-matters and deal with different claims, but they are equally relevant for what they represent for the correct implementation of EU Law. As I said a few weeks ago in a previous post, national high courts are becoming key players in EU Law, and the Court of Justice should cherish and look after this highly valuable ally.
Last May, the French Cour de Cassation ruled in favor of a former worker who had sued his lawyer for not making a proper defense of his client (see the judgment here). The lawyer did not invoke the Court of Justice’s case-law stated in the well-known cases of Mangold, Kücükdeveci, Petersen, etc., on discrimination on the grounds of age. As a result of it, the worker lost his case against his former employer. The Cour de Cassation stated that the claimant’s chances of success in case of having invoked the Court of Justice’s case-law were up to 80%. Therefore, the certainty of the loss suffered entitled the claimant to successfully claim damages from his lawyer.
Yesterday, the Spanish Constitutional Court, in plenary formation, ruled in favour of another worker whose claim based on EU Law was plainly ignored by the High Court of Madrid (see the judgment here). Following the Court of Justice’s case-law in the cases of Gavieiro Gavieiro, Lorenzo Martínez and others, which solved a series of cases identical to the one of the claimant, it was obvious that this case-law applied and solved the case. However, the High Court of Madrid ignored this and dismissed the claimant’s appeal.
The Spanish Constitutional Court has now stated that any jurisdiction in Spain that ignores a judgment of the Court of Justice is breaching the fundamental right to a fair trial, as provided by article 24 of the Spanish Constitution. This gives any claimant in such circumstances the chance of invoking another ground of appeal, and, above all, the use of the special procedure for the protection of fundamental rights before the Constitutional Court (recurso de amparo).
These two judgments impose considerable responsibilities on lawyers and judges. The French decision sets a high standard of professional expertise on practitioners, especially on those who are highly qualified and (as in the case of France) allowed to plead before the highest courts of the country. The Spanish judgment is a nice reminder for all courts in Spain that the case-law of the Court of Justice is binding in the strongest possible way, and therefore binding for all courts. Both cases have in common a total absence of reference to EU Law, by the lawyer in his submissions in one case, and by a court in its judgment in another.
Therefore, the sum of both decisions is not revolutionary, because it is obvious that a total lack of reference to the applicable law, whether it is national or EU Law, raises serious issues about the decision at stake. However, it is important that the highest courts of Member States are assuming the task of ensuring the correct application of EU Law. This is of course a matter for the Court of Justice, but also for its domestic counterparts too. And it is nice to see that these cases have been solved without the need to make a preliminary reference to the Court of Justice. High courts know what their role is and how it must be put into practice under national law. Now it is time for lawyers and for the remaining domestic courts to act accordingly.
Photo credit: Wikipedia.en
Barnard & Peers: chapter 6


*This post previously appeared on the Despite our Differences blog
Posted by Steve Peers at 13:21