The UK's general election: a fundamental change to UK/EU relations? 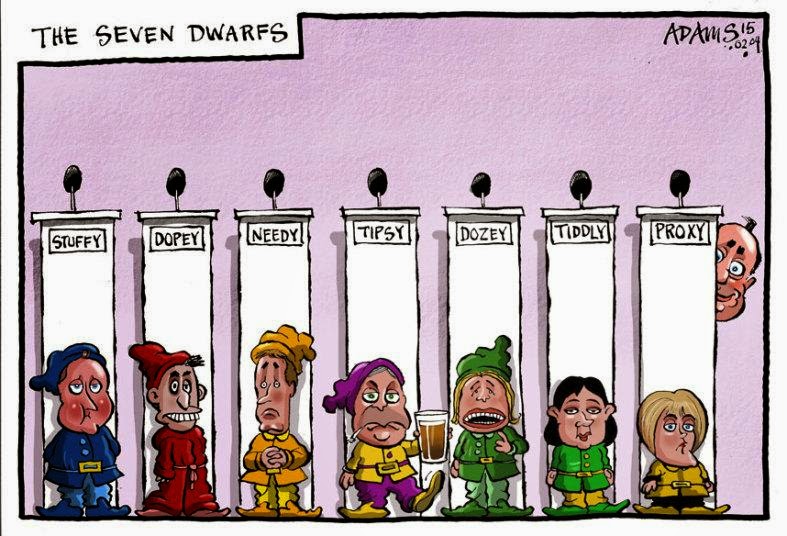 
The result of the current British election campaign could be crucial for the future of the UK’s relations with the European Union. Every UK-wide election party which is likely to win seats in the election has now released its election manifesto, namely: the Conservatives; Labour; Liberal Democrats; UKIP; and the Greens. It’s therefore a good time to examine what the parties are saying about the EU, and what the various post-election scenarios would mean for the UK’s relations with the EU.


According to pollsters, at present the most probable outcome of the election is that no party will have an overall majority, although there is a small possibility that either the Labour party or the Conservative party will obtain enough seats for a majority. In the absence of a majority, either the Conservative party or the Labour party will try to obtain enough votes to govern from other parties, which are likely to include parties running in Wales, Scotland and Northern Ireland.  So it’s necessary to consider what these other parties’ view on the EU is, and (more indirectly) whether they are likely to support Labour or the Conservatives in office.


Of these parties, only the Welsh Plaid Cymru has released its manifesto already, but I will refer to the other parties’ positions to the extent that they have been announced to the press: the Scottish Nationalist Party (SNP) and the Democratic Unionist Party (DUP). I won’t discuss Sinn Fein, since it will not take up its seats in Parliament, or the Northern Irish Social Democratic and Labour Party, since it sits and votes with the UK-wide Labour party.


There’s a lot in the manifestos that touches upon EU-related policy. For instance, the Liberal Democrats promise a ‘Digital Rights Bill’, which is closely related to EU laws on data protection and net neutrality. EU law also has a big impact on environmental law, consumer law and some other policies. But I will focus here on the key question of ‘Brexit’, ie the UK’s withdrawal from the EU.


The Conservative party re-iterates that party’s policy of renegotiating EU membership and then holding an in/out referendum by the end of 2017. The renegotiation would focus on free movement (‘immigration’) from the rest of the EU, although the manifesto also refers to changing the principle of ‘ever closer union’ of EU Member States, and protecting the interests of non-eurozone Member States.


The Labour party manifesto refers to specific EU reforms, including EU immigration issues. It promises an in-out referendum if there is a further transfer of powers from the UK to the EU  This policy pledge is a development of current legislation (the 2011 European Union Act), which requires a referendum already in the event of such transfer of powers – but not an in/out referendum. However, the party does not promise an in-out referendum relating to the renegotiation. Indeed, they have made much of their opposition to that prospect.


The Liberal Democrats also promise an in-out referendum if there is a further transfer of powers from the UK to the EU. In fact, it’s their long-standing policy. They don’t call for a referendum following renegotiation.


The UK  Independence Party reiterates its long-standing policy in favour of the UK leaving the EU. It calls for a referendum to be held ‘as soon as possible’, with the preferred question ‘Do you want Britain to be a free, independent and sovereign democracy?’. They support a negotiated withdrawal, rather than a unilateral departure.


The Green Party declares itself in favour of the EU, although supports reform of it, and favours holding an in/out referendum on EU membership. However, it seems unlikely that this party would support a Conservative-led government.


Plaid Cymru declares that it is pro-European, and makes no demand for a referendum. It also seems unlikely that this party would support a Conservative-led government. The SNP support the UK’s EU membership, but in the event of an in/out referendum, they would like the public in each region of the UK to have a veto on leaving. This party has expressly ruled out supporting a Conservative-led government. The Labour party has in turn ruled out a coalition with the SNP, although it has not ruled out less formal arrangements.


Finally, according to press reports, the DUP supports an in-out referendum on EU membership. It’s not clear if they would support renegotiation first, or would like an immediate referendum along the lines of UKIP. The DUP has traditionally supported Conservative governments in the past, although the party has declared its willingness to negotiate with the Labour party as well. It’s not clear if they would insist upon an EU referendum as the price of their support of a Labour government (it would be superfluous to insist on one as a condition of supporting the Conservatives). It’s also not clear if, like the SNP and Plaid Cymru, they would insist that Northern Ireland would also have to vote in favour for Brexit to be valid, but I doubt that this is their view, since they traditionally seek stronger ties between Northern Ireland and the rest of the UK.


To make things simpler, I will assume that politicians will stick to the policies that they are promising. Of course, it’s always possible that politicians will break their promises; some might say that this is about as certain as death and taxes. But politicians do keep some promises, and in some cases there are strong pressures on them to keep those pledges. For instance, if David Cameron reneged on his renegotiation policy, he would not last 24 hours as leader of the Conservative party.


The latter two parties do support a referendum in the event of a transfer of powers from the UK to the EU, but that would only happen if there were a Treaty amendment that other Member States appear to have little enthusiasm for. In the event that Eurozone Member States want new measures to ‘save the euro’, it’s possible to agree separate treaties or EU legislation among themselves (as they have before), or, if necessary, to agree on amendments to the EU Treaties which only apply to the Eurozone states, or which otherwise give the UK an opt-out. In that case, there would be no transfer of powers from the UK to the EU, and so no need for a referendum.  Simply put, an in/out referendum under the Labour or Liberal Democrat policies is very unlikely.


While UKIP make much of the need for an unbiased referendum campaign, their suggested question is clearly biased. A genuine unbiased question would be: ‘Do you support the UK remaining a member of the European Union, or leaving it?’, with boxes for ‘remain’ and ‘leave’ (so that neither side has the supposed advantage of being the ‘Yes’ vote).


The demand for regional voting on a Brexit referendum in the different parts of the UK is clearly incompatible with the constitution of the UK as it currently stands. It resembles the arrangements in federal states like Canada, Australia and Switzerland, where there are both national and regional thresholds for constitutional amendments. But the UK is not such a state – though whether it should be one is a rather broader question. In any event, it’s a moot point, since it would only arise in practice if the SNP is supporting a Conservative government – which it has said it won’t do.


What happens if no party holds a majority? The exact composition of the next government will then depend on negotiations between the parties, which in turn depends on the exact numbers of seats each gets. It’s too early to predict that now. But some basic points can be made.


First of all, it’s simply not true, as Professor Tim Bale has pointed out, that the biggest party always gets to form the government. It’s rare for the second largest party to form one, but it’s entirely legal and consistent with constitutional convention if it does.


Thirdly, a coalition or other arrangement involving UKIP (Tory/UKIP; Tory/DUP/UKIP; Tory/LibDem/UKIP; Tory/LibDem/UKIP/DUP) might have difficulty agreeing on the Brexit issue, due to the different policy of UKIP. Some Conservative backbenchers would undoubtedly like to a see an immediate Brexit vote, but others in the party, and the Liberal Democrats, would not. But it would be awkward for UKIP to back down on its most important policy.


If Labour and the Liberal Democrats held a majority, or if Labour formed a government in most other scenarios (Labour/SNP; Labour/LibDem/SNP; Labour/SNP/Green/PC etc) a Brexit referendum is highly unlikely.


Finally, in the improbable event that Labour and the Conservative party do a deal, differences in the Brexit referendum policy would be one of many obstacles. But the far bigger issue would be managing the consequences of hell freezing over.


Finally, would there be any difficulties legislating for Brexit? It can be assumed that a Tory-led government would immediately introduce a government bill to put into effect its planned referendum. One potential problem here is the House of Lords, which blocked a previous private member’s bill which aimed to put this policy into law. The so-called ‘Salisbury Convention’ means that the House of Lords does not block government bills which implement policies which were set out in the leading party’s manifesto. According to the House of Lords itself, the convention should only apply if all of the coalition parties have set out the same policy – but only the Tories (and likely the DUP) have set out a renegotiation and referendum plan in their manifesto. That could lead to the House of Lords blocking the referendum Bill. Although a majority in the House of Commons could use the Parliament Act to overrule the Lords, that would mean a year’s delay in the law coming into force, which might complicate renegotiation talks.