The Worst of all Possible Worlds: the Conservative party’s human rights proposals 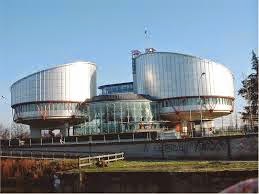 Today the UK Conservative party has formally unveiled its proposals for reforming the system of human rights protection in the UK. I will comment further on their implications for EU law soon. But for now, I want to address the fundamental flaw with these proposals: the combination of a weaker system for protection of human rights with a lower standard of protection.

On the first point, most liberal democracies have a primarily written constitution that has effect as a basic law, meaning that it takes precedence over acts of parliament or other legal measures adopted by politicians or civil servants. Most of those countries choose to incorporate human rights protections into their constitution, with the necessary result that courts, not parliaments, have the final say over human rights protections.

Of course, this is a simplified model: in many countries, some rights (like social rights) are not protected in the constitutional charter of rights, and so it falls to legislatures to decide how to protect them. And it’s also possible for legislatures to decide when to limit those rights which may be limited on public interest grounds (‘qualified’ rights). In some cases, such as in Canada, legislatures have a more general power to override some of the constitutional rights.

On the second point, there are a number of regional human rights systems which have some form of court to adjudicate upon disputes. While international treaties are, of course, binding as a matter of international law upon the states which ratify them, it does not necessarily follow either that the treaties themselves or the judgments of the courts created by those treaties take effect as the domestic law of the states which ratify them.

Within the UK, though, the national and international systems for human rights protection have been effectively fused by the Human Rights Act, which gives constitutional protection to human rights as set out in the European Convention of Human Rights (ECHR), and as interpreted by an international court, the European Court of Human Rights (ECtHR). While the national courts and the ECtHR don’t have authority as such to invalidate acts of parliament, there is a general perception that the ECtHR in particular is ‘telling parliament what to do’.

In order to address this, the Conservative plans aim to do two things: to create a purely national system  of human rights protection, in the form of a ‘British Bill of Rights’ which would accompany the repeal of the Human Rights Act, and to decouple the ECHR system from domestic law. The form in which they would do this would clearly weaken human rights protection, as compared to other models, since it’s clearly assumed that parliament would be supreme over the UK courts (the national angle), and the intention is to strip the international system of any significant impact at domestic level.

While it is possible that national legislatures may have less concern about the rights of minorities than national or international courts, it’s equally true that in practice, the effective protection of human rights depends upon political will. The American Bill of Rights didn’t prevent slavery. Nor did it begin to deal with the severe racial discrimination that followed it until the 1950s. And no-one would suggest that Putin’s Russia is a model liberal democracy, just because Russia has ratified the ECHR.

In particular, the plans would reduce human rights protection by: lowering the protection against deportation to face torture, or other inhuman or degrading treatment; providing for detailed possibilities for limitations of Convention rights; redefining some of the rights in the Convention, including as regards (again) the absolute ban on torture, or other inhuman or degrading treatment; introducing a threshold below which ‘trivial’ cases could not succeed; and limit the territorial scope of human rights protection.

Another leaked policy document goes further, although it’s not clear what the status of this document is. It would effectively remove human rights protection from various groups considered undesirable, such as travellers, ‘illegal’ immigrants and foreign prisoners.

In short, while the new policy document states that the text of the rights in the ECHR would as such be set out in an Act of Parliament, that is quite simply a lie. The intention is to accompany that list of rights with detailed limitations and interpretations that would, in practice, remove the substantive protection of those rights in a large number of cases.

Furthermore, the plans do not deserve to be called a ‘Bill of Rights’.  That concept denotes a system where either the courts have the final say in the protection of human rights (such as in the USA), or at least a system in which the legislature has set out a broad list of rights which the public enjoys in principle, even if the legislature has the final say on their interpretation.