When can Internet service providers be required to block access to websites? 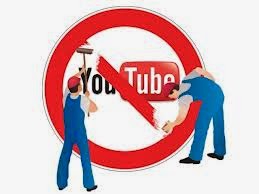 First of all, a confession. Until very recently, I had a sneaking (and very unfashionable) sympathy for the holders of intellectual property rights who sought to enforce those rights through heavy-handed injunctions against Internet users or service providers. After all, downloading music et al without paying for it is not really any different from shoplifting a CD. But then the BBC, having announced that the second series of The Bridge would be available on Iplayer for two weeks, curtailed that without warning to one week – leaving me unable to watch the final 20 minutes of the final episode of that series. (Note: this is not an invitation to send me spoilers.) I now have rather more sympathy for those who disdain copyright protection.

This brings us to today’s judgment of the CJEU in UPC Telekabel Wien, the latest ruling of the Court addressing the tension between the interests of copyright holders, on the one hand, and the telecom industry, on the other. The starting point is the EU’s Directive on copyright protection in the information society, which provides that:

‘Member States shall ensure that rightholders are in a position to apply for an injunction against intermediaries whose services are used by a third party to infringe a copyright or related right.’

In this case, two film companies sought an injunction against UPC Telekabel Wien, an Internet service provider, to block access by its customers to a website which offered streaming of the copyright product of the film companies. The Austrian court sent questions to the CJEU to establish whether the relevant rule in the copyright Directive applied in this case, and if so whether the EU’s Charter of Rights prevented the injunction being granted.

This case is the latest in a long line of CJEU judgments on similar issues. First of all, in its 2008 judgment in Promusicae, the Court ruled that EU law did not require Member States to insist that national courts be able to order injunctions against Internet service providers to keep records of their customers’ access to copyright material. But nor did EU law prohibit Member States from doing so. If Member States took up this option, EU law required them to balance the property rights of the right-holders with the data protection rights of individual users of the Internet.

Subsequently, the Court was asked to rule on exactly where that balance lay. In Scarlet Extended, it ruled that it would be a disproportionate breach of the Charter rights to the privacy and freedom of expression of Internet users, and the right to carry on a business of service providers, to order an injunction against the latter to keep records of users’ Internet use indefinitely. However, in Bonnier Audio, it ruled that a much more targeted measure, focussing only keeping records of the users’ access to a particular website where those users were downloading copyright material on a large scale, struck the right balance.

In today’s judgment, the data protection and privacy rights of the Internet users were not at issue, because there was no element of data retention raised by the proceedings. The Internet users would (if the injunction were granted) simply going to be blocked from accessing the copyright material. So the Charter rights in question were the property rights of the right-holders, on the one hand, and the right to carry on a business of the service provider, and the users’ freedom to receive information, on the other.

The Court first of all ruled that Internet service providers were ‘intermediaries’ for the purposes of the information services copyright Directive. Therefore the right-holders were entitled to apply for an injunction against them. This approach makes sense, as right-holders would hardly be able to enforce their rights in practice if they could not obtain injunctions against service providers.

Next, the Court turned to the Charter issues. In doing so, it provided some useful clarification of the Charter right to carry on a business, which ‘includes, inter alia, the right for any business to be able to freely use, within the limits of its liability for its own acts, the economic, technical and financial resources available to it’. The injunction infringed that right because it ‘constrains its addressee in a manner which restricts the free use of the resources at his disposal because it obliges him to take measures which may represent a significant cost for him, have a considerable impact on the organisation of his activities or require difficult and complex technical solutions’. However, it did not strike at the ‘very substance’ of the right, since it left the service provider free to take different measures and to avoid liability by showing that its steps were reasonable.

The novelty of this case is that there are not just two, but three rights at issue, each held by a different party: the rights holder, the service provider and the Internet users. The service provider is the ‘piggy in the middle’, having to ensure protection of the right-holders’ property rights, as well as the users’ freedom of expression rights, while still being entitled to invoke its own right to carry on a business. While the concept of the right to carry on a business is very broadly defined here, that is counter-balanced by the Court’s reinvocation of its traditional case law making it easy to justify interferences with that right.

Overall, a reasonable balance between the three conflicting rights in this case has been struck by the Court. If it is technically possible to reconcile users’ access to legal information, the service providers’ business interests and the intellectual property rights of the right-holders, this is the ideal solution. Moreover, since a solution of this sort does not involve data retention, it does not infringe upon privacy rights and so it is not possible (or necessary) to bring proceedings against users. In fact, surely data retention is disproportionate when such highly targeted blocking measures can be taken instead. The judgment may not be satisfactory from the perspective of those who dislike the very existence of copyright law, but I still believe that the creators and publishers of music, film and books et al are entitled to a reward for their effort.

In the case of The Bridge, of course, that reward has already been provided for, by means of the payment of British TV-owners’ substantial licence fees to the BBC. So if I happened to download those final 20 minutes of the final episode inadvertently, I would obviously not be betraying my principles.